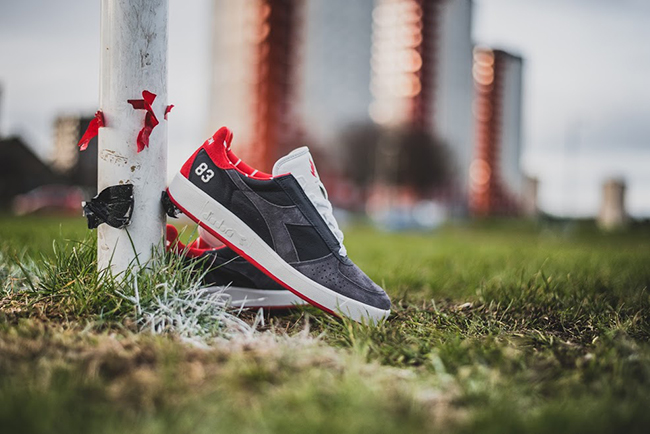 hanon and Diadora are proud to present the B.Elite ’83 Final ­a second release and follow up to our Spirit of ’83 collaboration from 2015.

The Spirit of ’83 is a tribute to Aberdeen Football Club and its finest moment in 1983. On a rainy night in Sweden a group of eleven Scottish players won the European Cup Winners Cup led by then, upcoming manager Alex Ferguson. Overcoming Bayern Munich en route to the final in Gothenburg, the team saw off Spanish giants Real Madrid to secure the club’s first ever european trophy.

The original idea for the collaboration was to produce a pack of two shoes. One to pay tribute to Aberdeen Football Club and its official team colours, and a ‘Friends and family’ edition that drew inspiration from the rainy night of the Final.

Our sequel edition follows the same luxurious material treatment of the 1st release and utilizes Diadora’s superior production. Handcrafted in Italy at their original factory in the small town of Caerano Di San Marco, the B.Elite Final takes inspiration from the rain soaked night in Gothenburg and is executed in a thunder grey colorway with red and white accents.

Finished in a plush kangaroo leather upper with butter soft suede overlays, the B.Elite Final mirrors the first edition of 2015 and is specced to the max. Attention to detail includes a laminated kangaroo leather tongue, double layered stitched leather insole and plush pin stripe collar lining. Dual branding features throughout­ embossed and printed on each back tab and tongue, whilst our Keeps on Burning fire emblem and ’83’ are embroidered on opposing heels.

The hanon x Diadora Spirit Of ’83 B.Elite Final will be released in limited numbers exclusively at hanon on Saturday February 20th, 2016. Each pair will come with a special edition customized 83 box dust bag and dual lace set. 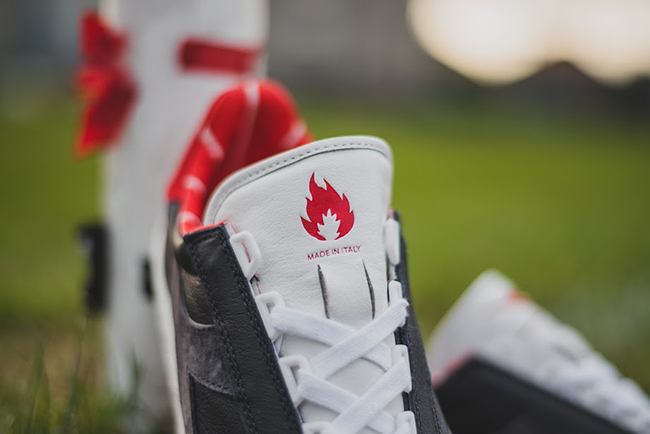 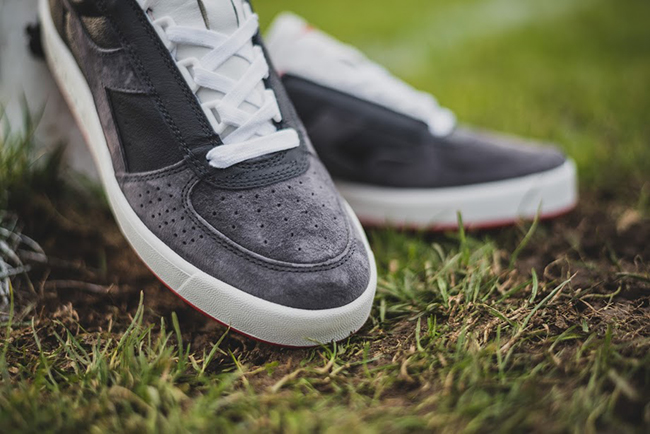 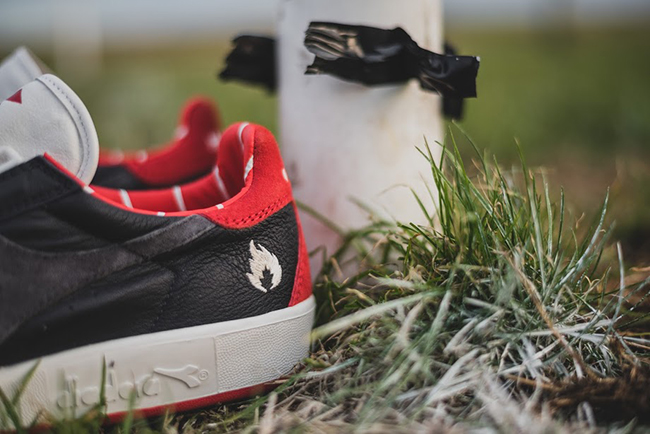 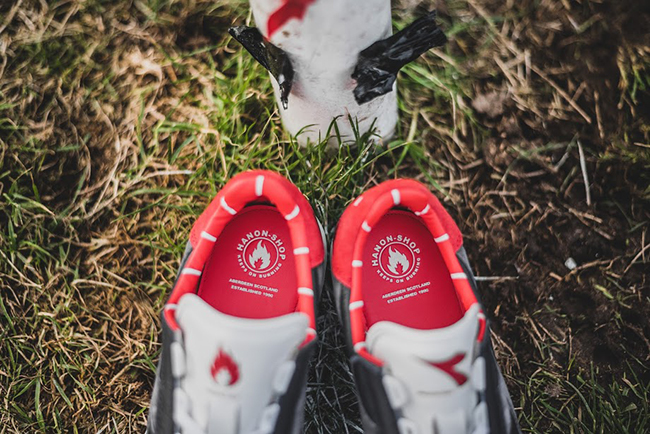 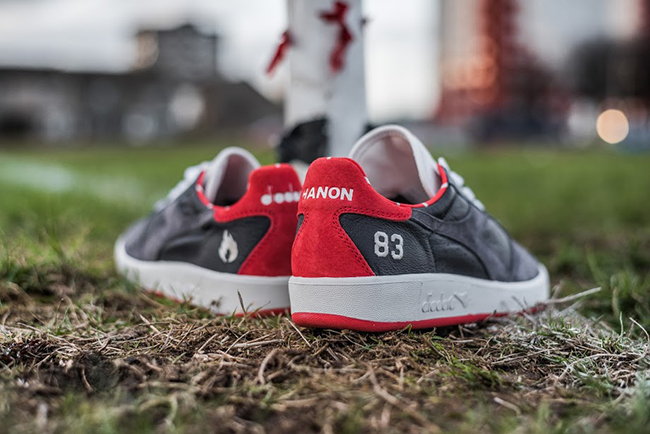