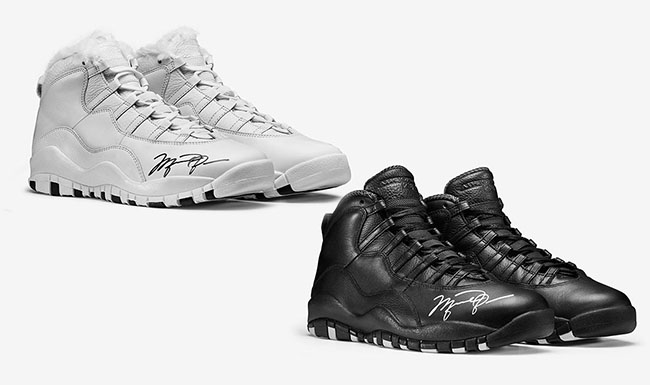 The hit NBC show Grimm has connected with Nike, Jordan Brand, Tinker Hatfield and OHSU Doernbecher Children’s Hospital for a charity auction using the Air Jordan 10. Two pairs were designed, the ‘Black’ Air Jordan 10 and ‘White’ Air Jordan 10. A total of four pairs each will go to auction on Friday, April 15th starting 12 Noon at eBay. Below are more details on the Grimm Air Jordan 10:

In the NBC drama “Grimm,” Nick Burkhardt is tasked with protecting humanity from supernatural creatures. At the Grimm Gala, a fundraising event hosted by the show’s cast and crew earlier this year, the mission was slightly more tangible: to support The Grimmster Endowment at OHSU Doernbecher Children’s Hospital, which provides children and families with critical financial support associated with uncompensated care, travel, lodging and other services integral to the care and comfort of its patients.

“We created these shoes to capture the duality that exists in the world that the show has created and in the lives of the children being treated at OHSU Doernbecher,” explains Hatfield. “The project is close to the hearts of many people at Nike and every year it fills us with emotion to be able to do certain things to support the fundraising for the hospital and The Grimmster Endowment.”

This year’s gala grew the endowment by over $386,000, with additional funding on the horizon. The Doernbecher Foundation will auction four pairs of each “Grimm” Jordan X colorway through eBay for Charity with all proceeds going towards the Grimmster Endowment. The auctions will begin at 9 a.m. PT on Friday, April 15. Bids will start at $1,000 USD.

In addition to the eight abovementioned pairs of “Grimm” Jordan Xs, there will be two extremely rare pairs on offer within the auction. These pairs have been signed by Tinker Hatfield and Michael Jordan on the left and right shoes, respectively. Bids will start at $2,000 USD. 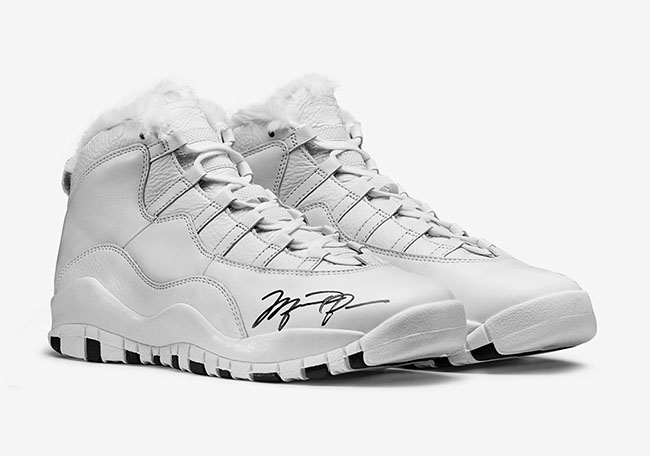 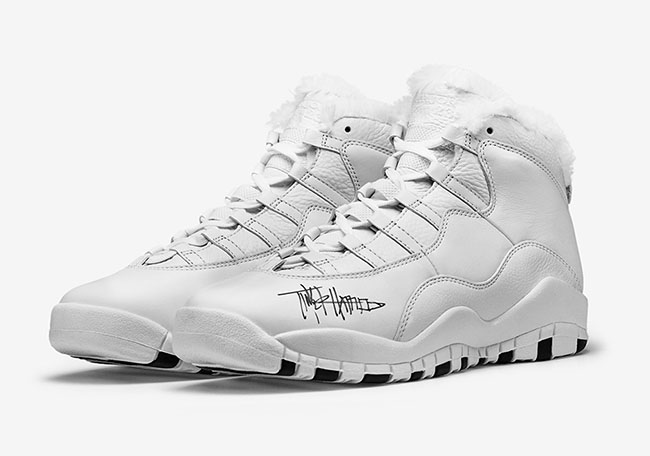 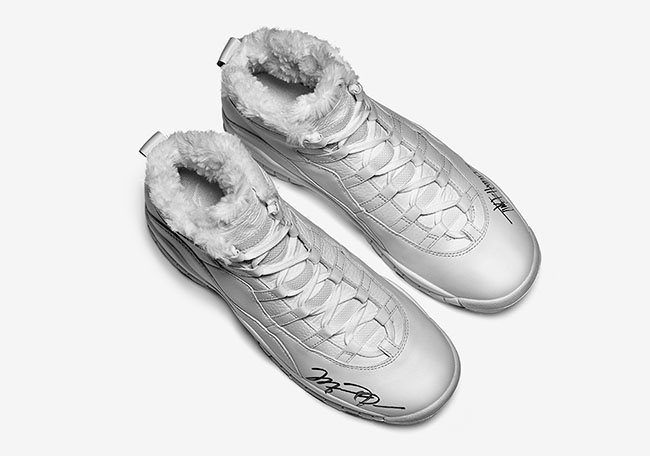 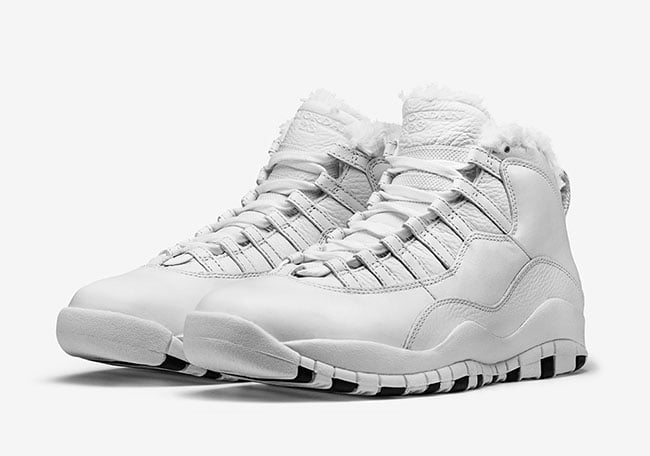 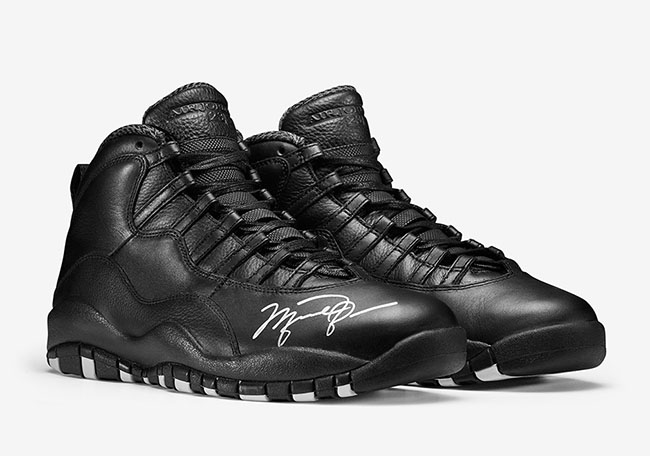 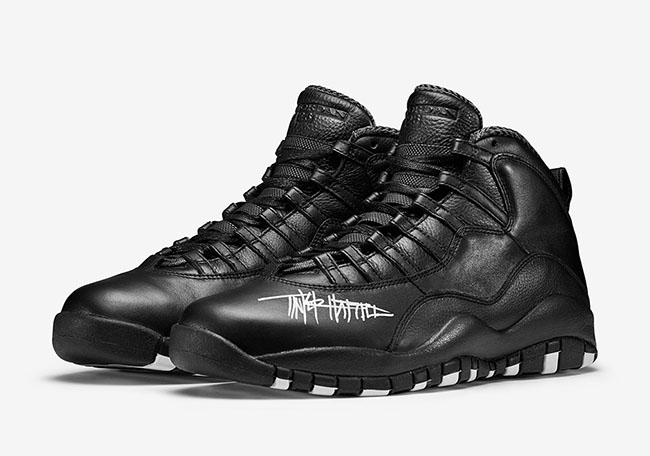 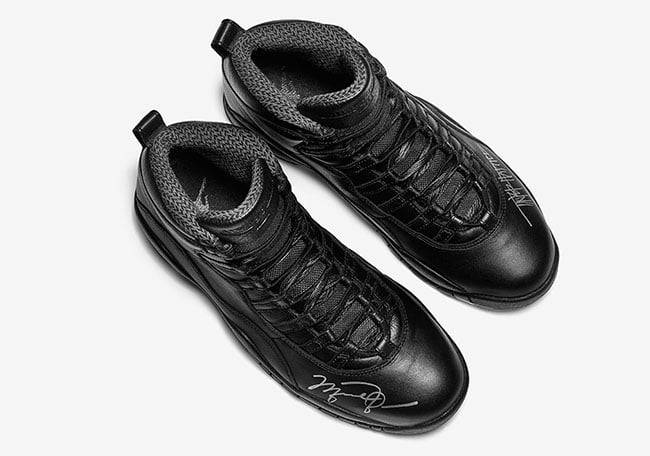 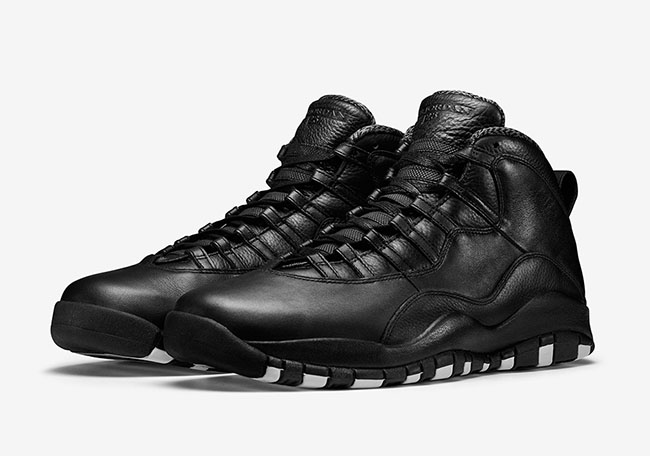