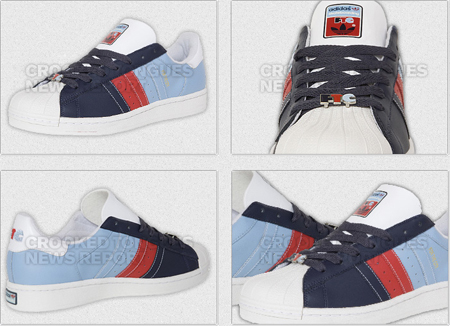 adidas Skateboard collection has gotten off to the right foot with a solid line-up of pro skaters, with that said they team up with San Francisco outfit, FTC. FTC has been in the skate shop business for quite sometime, which seemingly justifies adidas choice for them to feature on a skateboarding sneaker. The sneakers were designed by Jovontae Turner and Graham James of the FTC design team, their aim was to create a color-way that was neutral and appreciated by the masses.

The shoe will be showcased by FTC in Japan and will also include an appearance by the adidas skate team which includes; Tim O’ Connor, Silas Baxter-Neal, Mr Busenitz, Lem Villemin, Benny Fairfax, Dave Bachinsky, Nestor Judkins and Vince Del Valle on October 10th. As for the modified Shelltoe, it consists of a solid color-way and FTC detailing including lace-locks. Via Crooked Tongues