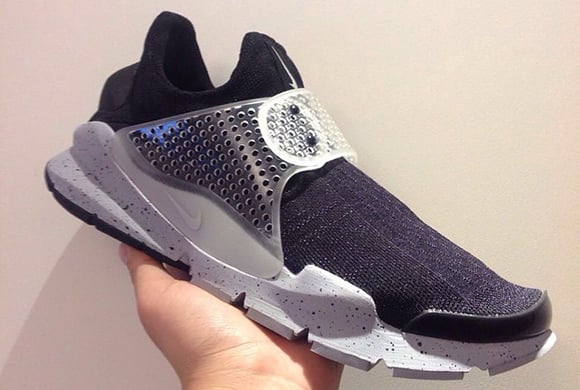 Fragment Design has been all over the place with Nike as of late. They added their expertise to the Nike Sock Dart, but it appears another colorway was expected to release but was scrapped.

Here is the Fragment Design x Nike Sock Dart known as ‘Oreo’. The sneakers feature a black upper while grey lands on the midsole. The nickname derives from the small speckles of a darker shade of grey that also hits up the midsole.

Reports are the Oreo Nike Sock Dart by Fragment is scrapped, but it is possible the pair could be placed in production.