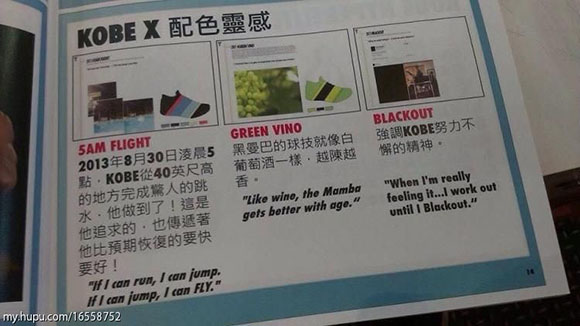 Not long ago we compiled a list of upcoming Nike Kobe 10s, and so far the lineup is looking nicely as far as color schemes go. A catalog that popped up showcases four different models we can expect to launch including some of their back stories. Unfortunately no images of the Kobe 10s leaked other then what’s shown. Below you can read each of the shoes nicknames and descriptions.

Nike Kobe 10 ‘Blackout’: As the name reads, the shoes will dawn all black and has to do with his workout regime. “When I’m really feeling it…I work out until I Blackout.”

Nike Kobe 10 ‘Green Gino’: Inspired by age and wine, the quote explains it all, “Like wine, the Mamba gets better with age.”

Nike Kobe 10 ‘Silk Road’: Connecting West and East, the Kobe 10 Silk will use red, orange and gold and will officially be linked to China.

Out of the four new pairs of Nike Kobe 10s posted, which are you looking forward to? 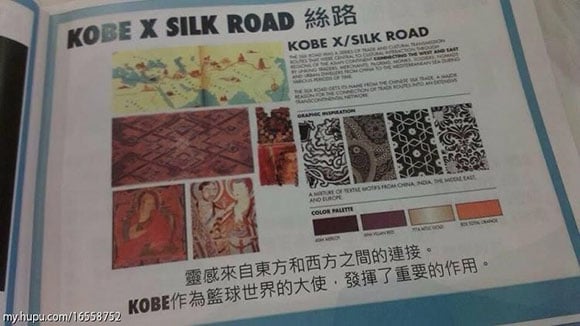 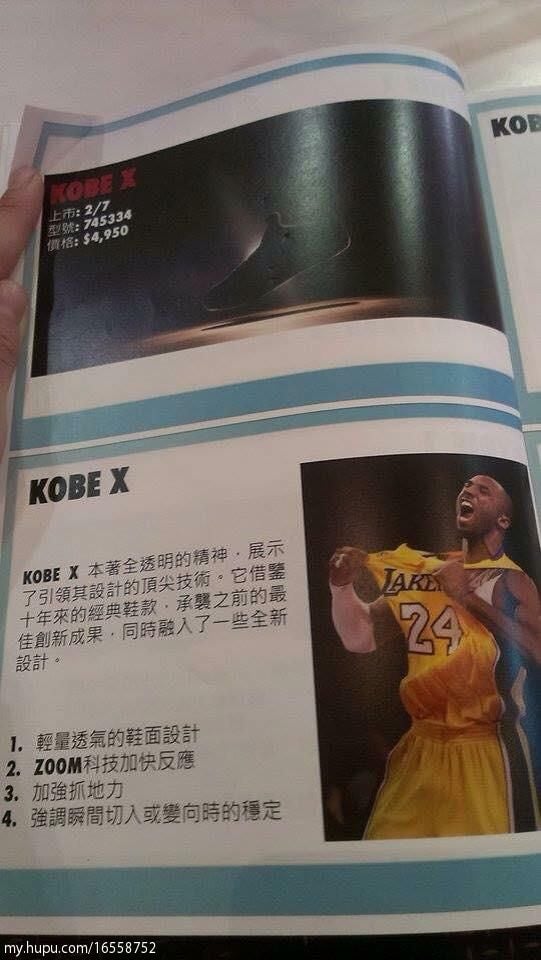