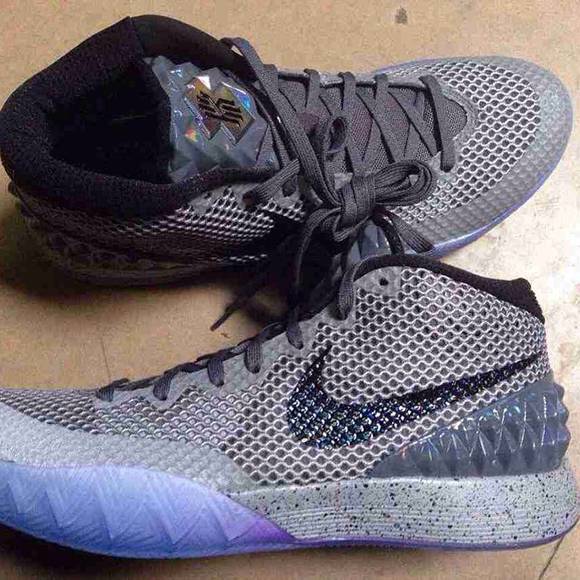 Kyrie Irving is another name that will once again join the Eastern Conference All Star team. This has been a great year for the Cleveland point guard, as LeBron has returned home and he has his first signature sneaker. We now present to you a first look at the Nike Kyrie 1 All Star.

The Kyrie 1 All Star will feature a couple different shades of grey on the uppers which is joined with a black swoosh and liner. The tongue will borrow the pyramid theme from the heel counter while out outsole and sole has a translucent blue tint that gradients to purple. 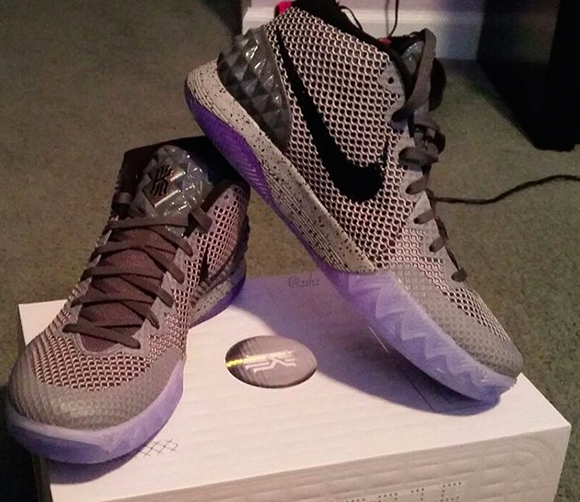