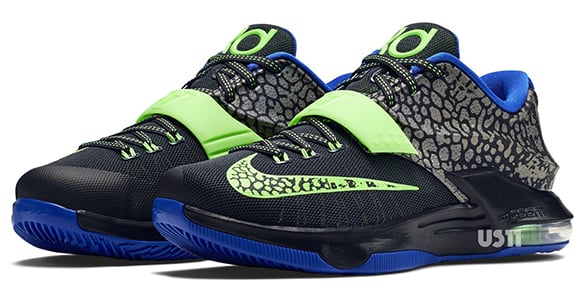 The KD 7 is getting more creative as time passes by but usually this creativity ends up on the EXT. Besides the Weatherman which was inspired by a previous KD model, the general release pairs have been pretty straight forward. In March we have a new pair to look forward to that is being called ‘Electric Eel’ and ‘Flash Lime’.

The obvious flash lime nickname comes from the color used, although not all over it does accent the shoes well. Hitting the strap, KD logo, swoosh, lyon blue takes over the liner and outsole. The uppers and HyperPosite will use metallic pewter but with an interesting pattern that resembles past ‘quake’ releases (think Hufquake). But the same graphics also allow others to nickname them ‘Electric Eel’. Closer to release day we will hear official word from Nike and know the inspiration behind this pair.

The Electric Eel Nike KD 7 will launch on March 19th and will retail at $150. 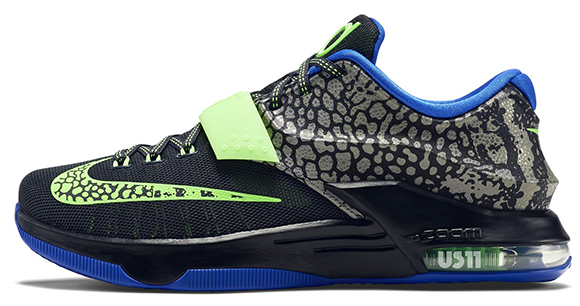 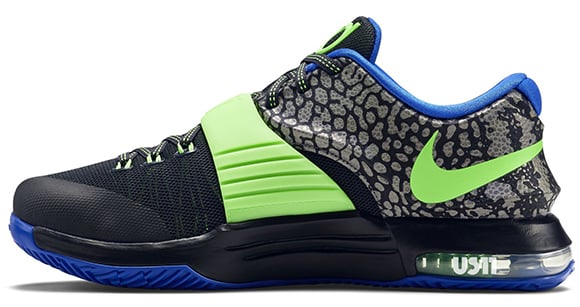 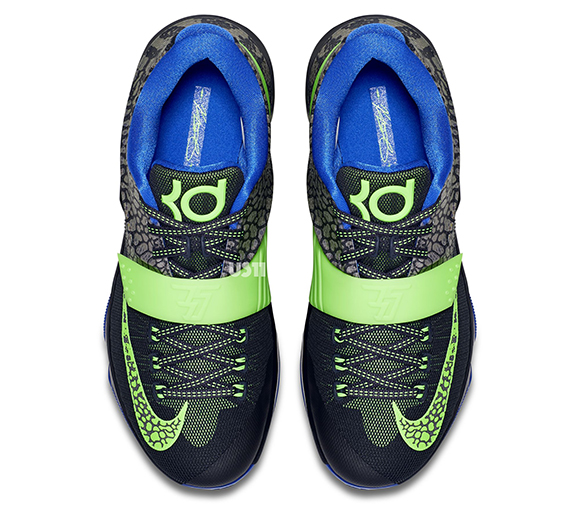 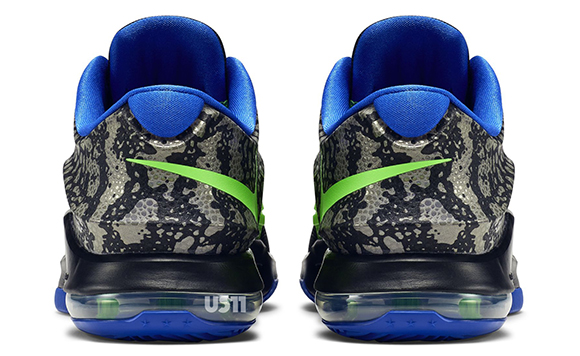