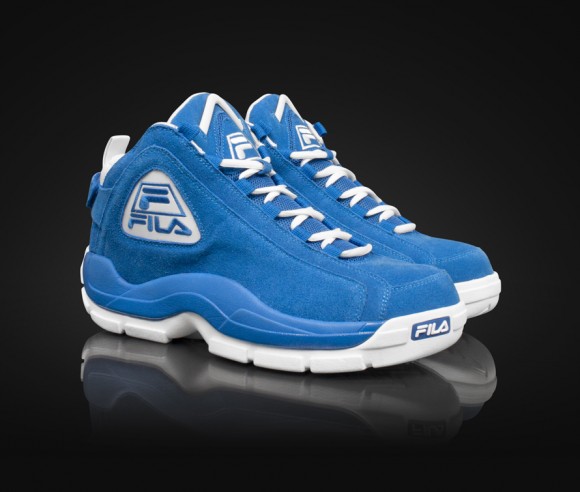 Tobacco Road. 25 short miles separate two of the greatest college basketball rivalries in the Atlantic Coast Conference: Duke and North Carolina. 365 short days separate the signing by FILA of Duke small forward Grant Hill and NC shooting guard Jerry Stackhouse. And 1 short month separates fans of the 96 and Spaghetti from going head to head as they pick their side and show their allegiance when the FILA limited edition Tobacco Road pack releases October 3, 2013.

The first sneaker in the pack is the Spaghetti, worn by Jerry Stackhouse during his rookie year in the NBA, flipped in the North Carolina blue color combination. The second sneaker, The 96, also remembered as the Grant Hill II, since Hill wore the model throughout his second season in the NBA, features blue suede detailing to match his Duke college uniform. Both sneakers come in customized packaging to reflect their college colors and location, and will be available on FILA.com and to select retailers.

As for the players, Grant Hill played four years at Duke where he led the Blue Devils to back-to-back National Championships, the Defensive Player of the Year award in 1993 and ACC Player of the Year honors in 1994. His performance at the highest level of NCAA Basketball equaled his leadership traits and this combination prompted the Detroit Pistons to draft Hill No. 3 overall in the 1994 NBA Draft.

Jerry Stackhouse spent two years as a North Carolina Tarheel and stacked up an impressive amount of accolades in a very short period of time. As a Sophomore, he led Carolina to the Final Four and was named National Player of the Year by Sports Illustrated, as well as All-American and All-ACC personal honors. Stackhouse was drafted No. 3 overall by the Philadelphia 76ers in the 1995 NBA Draft.

FILA was quick to recognize the talent of both men and signed them to massive, multi-year contracts before they even played their first NBA games. Hill and Stackhouse became the foundation of FILA’s Basketball division and their presence and performance in the league instantly propelled the brand to a pinnacle in athletic footwear prominence. Read on after the jump to check out a look at Stacks signature kicks and be sure to let us know if you’ll be picking up either pair of kicks when they drop on October 3rd. 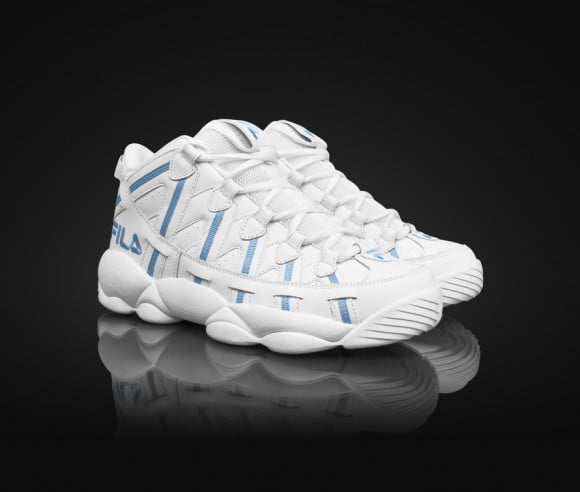