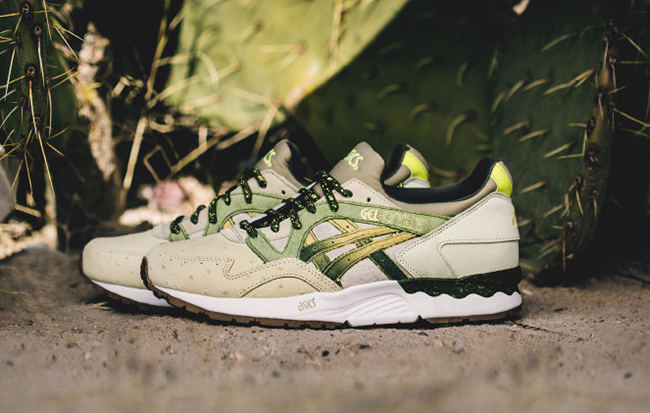 Feature, a sneaker boutique based out in Las Vegas, Nevada is now connecting with Asics to collaborate on the Gel Lyte V. The end result is the Feature x Asics Gel Lyte V ‘Prickly Pear’.

Using their hometown for inspiration and the desert scenery, but more specifically, the Prickly Pear Cactus.

The Asics Gel Lyte V features a combination of tan leather, nubuck and suede which aids in the cactus look. In addition, embossed leather lands on the forefoot which is placed for the prickly stems the cactus has. A tan to green gradient runs across the Asics formstripes which compliments the green speckles heel counter and laces. Other highlights include a Gum outsole representing sand, cactus graphic on the insoles and Feature’s play symbol is stamped on the right insole and tongue.

The Asics Gel Lyte V ‘Prickly Pear’ by Feature will release on February 14th, 2016 and retail for $140. They will be available for purchase in-store at 6PM PST and online at 9PM PST. 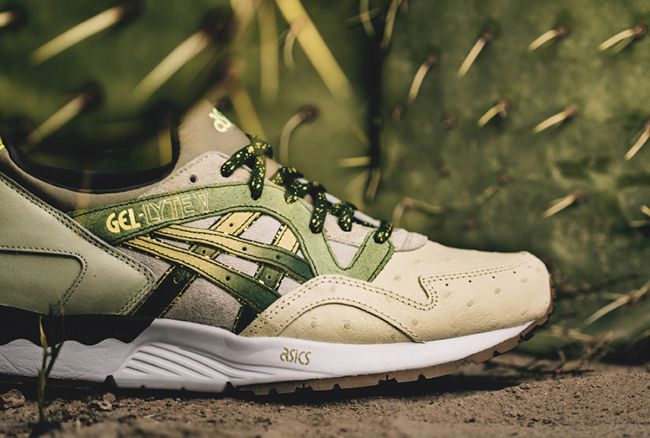 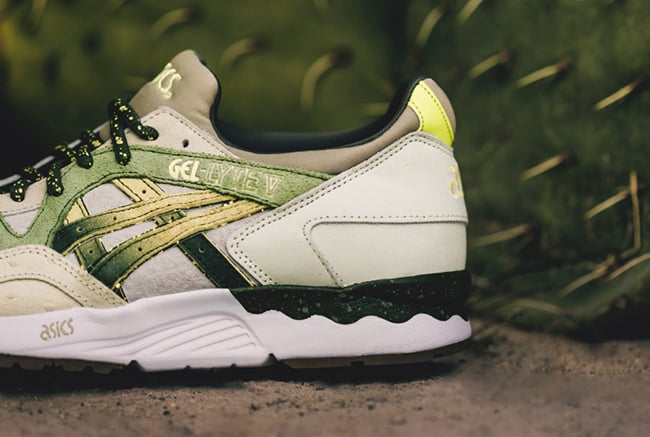 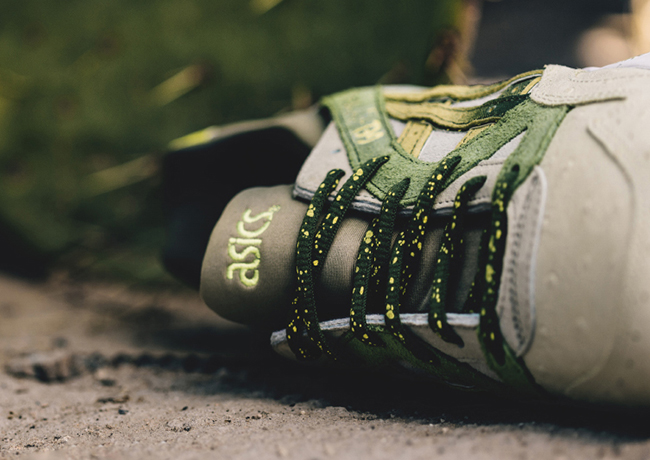 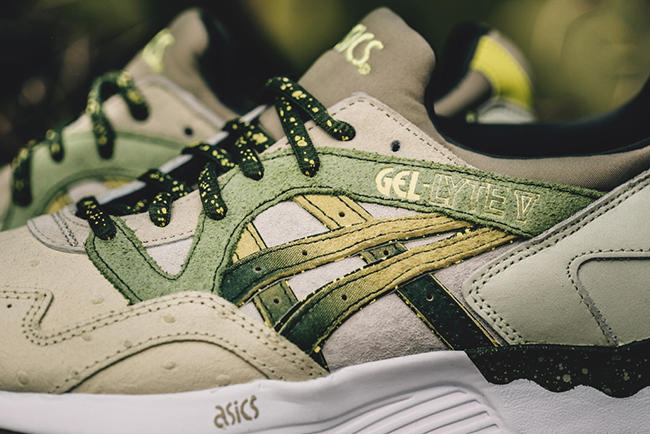 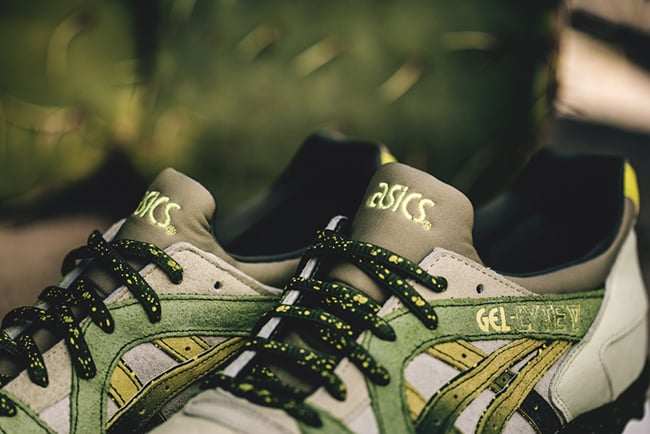 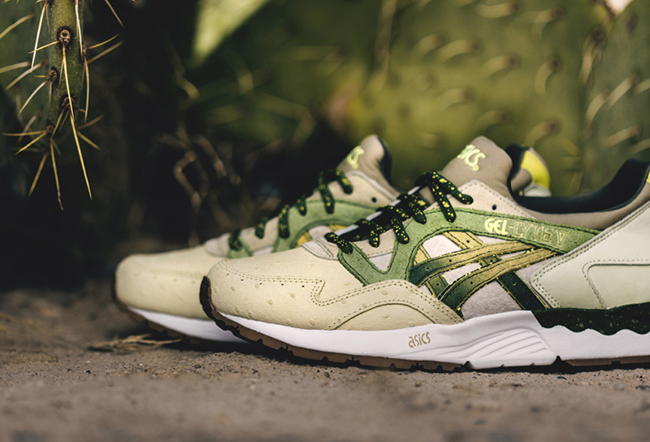 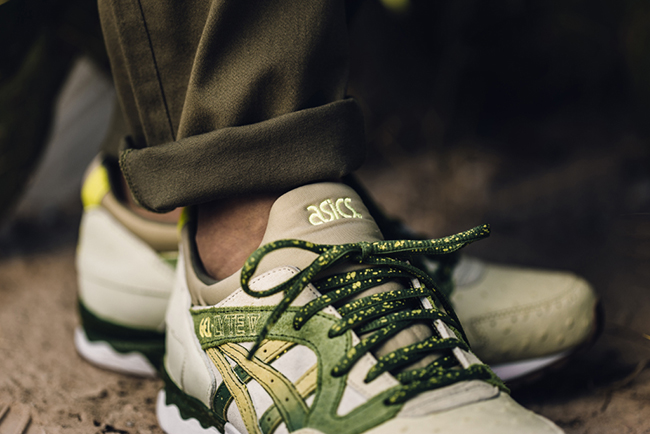 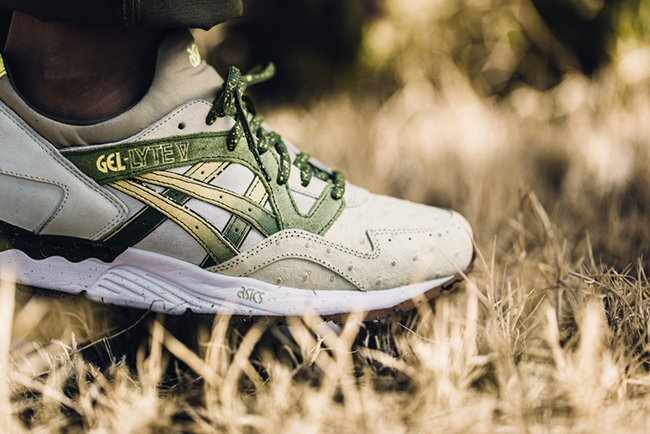 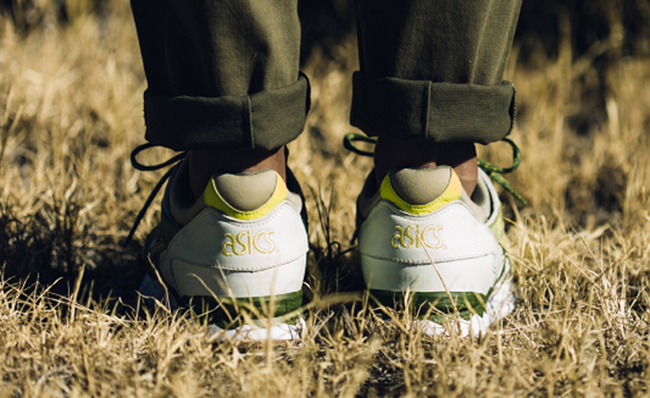