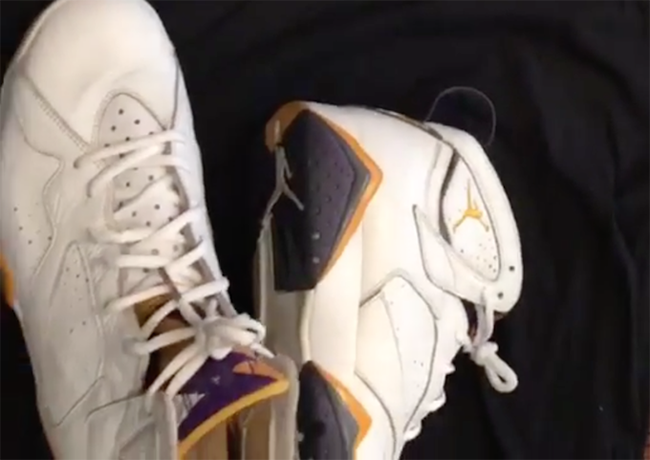 Everyone is coming out to share their sneakers for Mamba Day even celebrities and rappers. The latest to pay respect to Kobe Bryant is Fat Joe who shared a video of the Air Jordan 7 that was made exclusively for Kobe Bryant.

Fat Joe and a small handful of other people actually own this super rare Air Jordan 7 Kobe Bryant PE. Kobe Bryant wore this pair during the 2002-2003 NBA season during the time frame he was a sneaker free agent. The shoes which sports a Home LA Lakers theme features a White base upper along with Purple and Gold accents on the tongue, midsole and branding.

Check out the short video preview of the Fat Joe Kobe Air Jordan 7 Lakers PE below. In the video, he stated that the person who gave him the shoes worked for Nike and was fired shortly after, which probably means the gift to Fat Joe got him in trouble.