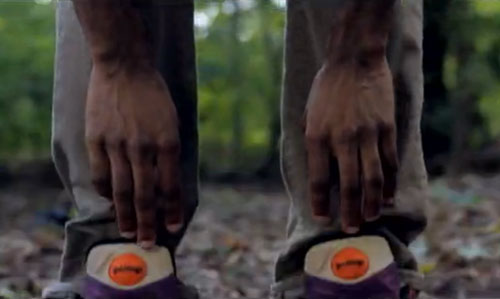 With the holiday season well under way, there’s a lot to look forward to and celebrate including the four-year anniversary of NY sneaker boutique Extra Butter. Over the weekend Black Friday marked the start of a week long celebration for the shop and to keep the excitement going, they’ve released the Extra Butter x Reebok Pump “AHCHOO” Teaser Video, a sneak peak at their upcoming collaboration with Reebok.

Inspired by the fight scene from Robin Hood: Men in Tights between Ahchoo (played by Dave Chappelle in his first major professional role) where he pumps up his sneakers before the duel, we get a very quick glance at the new “AHCHOO” Reebok Pump. Check out the humorous teaser video below, and stay tuned to SneakerFiles for more details on this release!