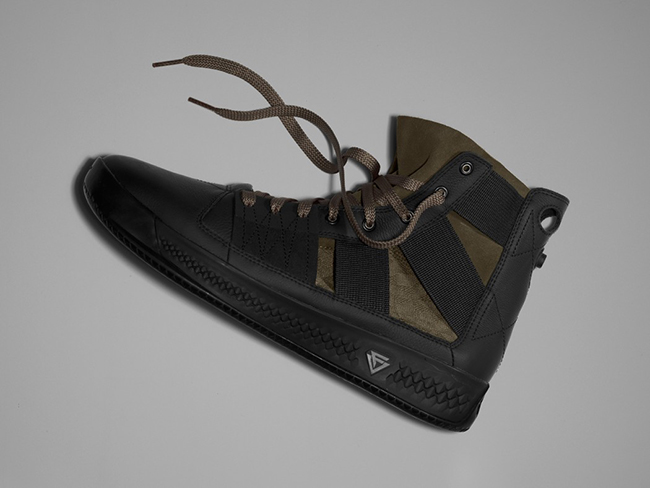 BrandBlack and menswear designer Erik Bjerkesjö are excited to announce a limited collaborative shoe that will release on January 23rd at Sneakersnstuff Paris and February 4th at Storm Copenhagen.

The Swedish based designer and LA based sportswear company are excited to finally bring this project to fruition after a year of development. David Raysse, the founder of Brandblack and lead footwear designer, worked with Bjerkesjö to treat the shoe as a true collaboration, sending their designs back and forth to symbiotically build on and create the product and aptly named it “Totems” because of the process. The result is a shoe that is a functional basketball performance sneaker veiled in the aesthetic of a fashion shoe with military undertones. The shoe will initially release in an ultra limited black and olive colorway at Sneakersnstuff Paris and Storm Copenhagen.

The Erik Bjerkesjo x BrandBlack “Totems” collaboration came to life when Raysse and Bjerkesjö were both in Copenhagen last winter for a trade show and began a dialogue. There was a natural connection between both designers and their design aesthetic. “We felt like we had something to say that wasn’t being said, a perfect blend of fashion & sport. That’s when we decided to create the “Totem” shoe. My minimalist, functional design aesthetic blended with Erik’s avant-garde fashion perspective could make something really exciting.” says Raysse about the collaboration. “Most importantly, we both wanted to make something completely – unique that had never been done before.” Says Bjerkesjö.

The starting point was the outsole for the JCrossover III, Jamal Crawford’s third signature basketball shoe by Brandblack. The shoe has a removable shroud that Bjerkesjö built his sketches on, which were designed around his take on the JCIII, the shroud, and a gladiator sandal. “I think a genuine collaboration requires each person to go out of their usual comfort zones & aesthetic solutions into something new, that synergy is where we could both grow as designers.” says Raysse. “From the very beginning I was blown away by JCIII, and I wanted to add a kind of futuristic industrial take on the shoe. Something from my handmade shoemaking history, but also from my childhood, and Swedish background.” says Bjerkesjö.

“I felt like there was a real military aspect to his sketch, a gladiator boot was the footwear of Roman Centurions. That’s when US army military boot details like the gusset tongue and the quilted shroud, and super clean boot toe made their way onto the design. Erik is known for his “Two holes” detail on his dress shoes. I saw an opportunity to take that detail & turn it into a functional pull-tab detail that is both useful in a brutally functional military way, and a real iconic design detail. Even the color ways are military inspired, this is a tech basketball shoe meets, fashion sneaker, meets Army boot. It truly is something new.” – Raysse.

“To be able to understand this shoe, you have to look at the possibilities the shoe gives you, you can use it in many different occasions. David and I have similar interests, but I live near the polar circle in the Nordic of Europe, David on the west coast of America, the shoe in that sense gives you different aspects of how you can use the shoe” – Bjerkesjö. 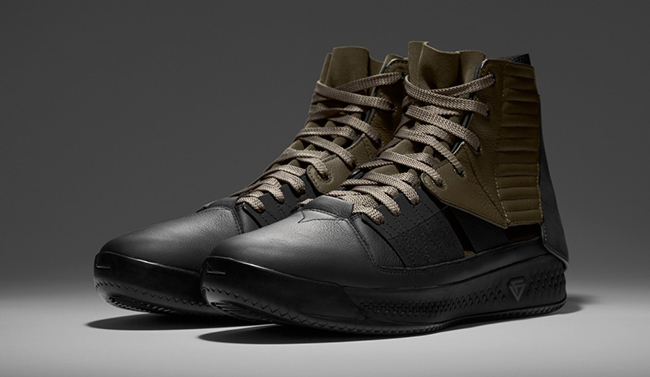 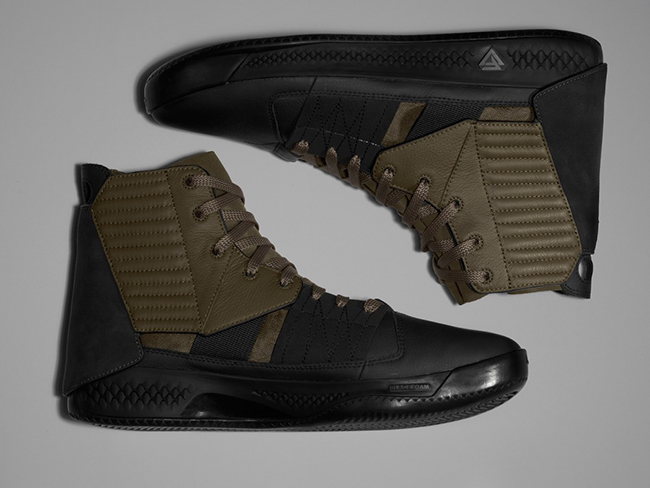 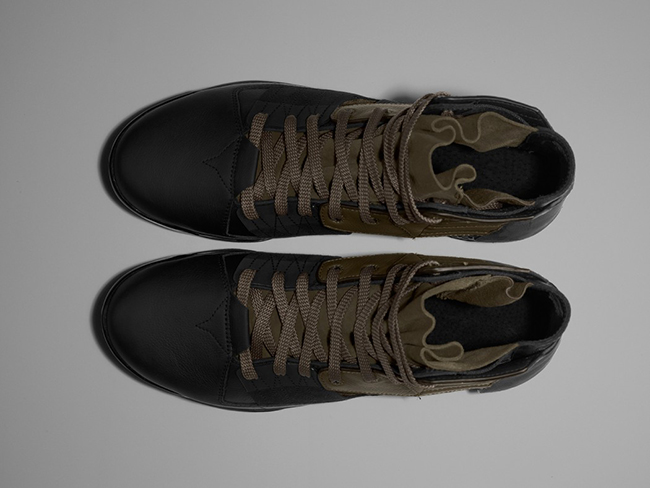