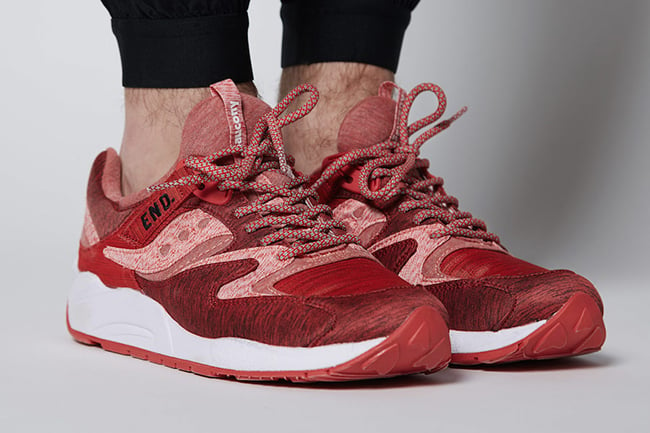 Do you remember the White/Noise release from END and Saucony? The two are back again following up their first collaboration with the END. x Saucony Grid 9000 ‘Red Noise’.

The second release between the two draws its inspiration from Robert Brown’s theory of red noise. Where there was the light, so must there be the dark. A perfectly balanced partnership.

The uppers of the Grid 9000 features woven cotton, felt, wool and Ballistic nylon in a series of tonal reds, an eye-catching reference to Brown’s theory.

Accented with a stark white midsole, the red G.R.I.D cushioned sole unit completes the silhouette. Styled with 3M reflective rope laces and END. branding to the lateral side panel.

The ‘Red Noise’ Saucony Grid 9000 by END will release this Saturday, December 5th, 2015 online at their website. As of now it isn’t known if a wider release will take place but if that happens we will let you know. See below for a couple more images of this follow up release.

Update: END has supplied images of the Saucony Grid 9000 ‘Red Noise’ which shows how they look on feet. Tomorrow they will release exclusively at END Clothing. 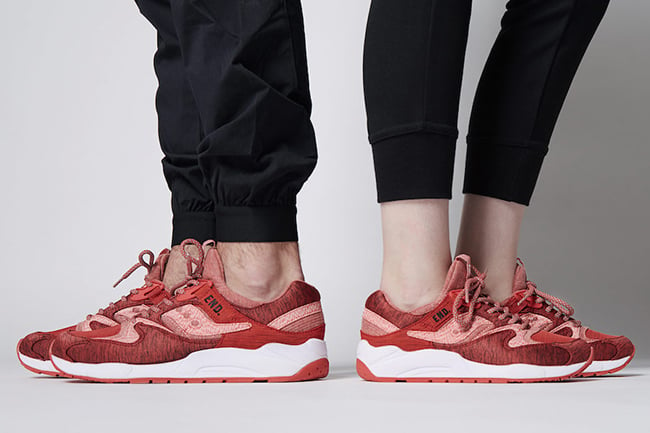 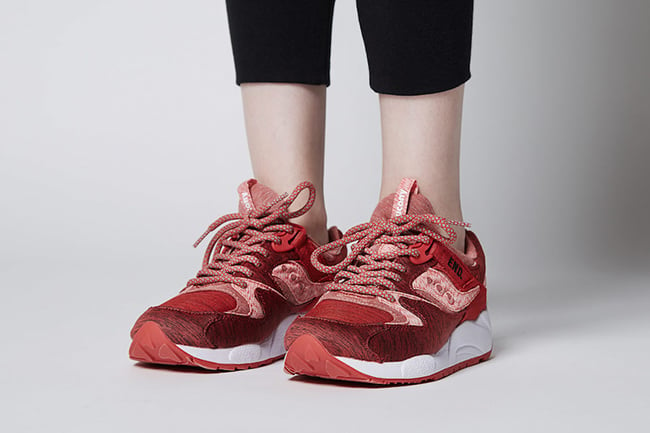 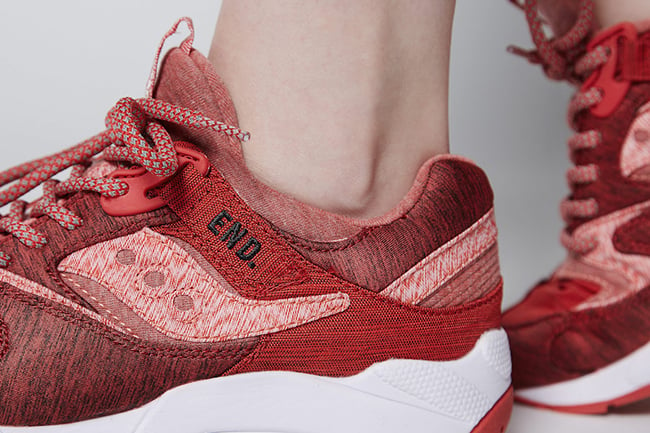 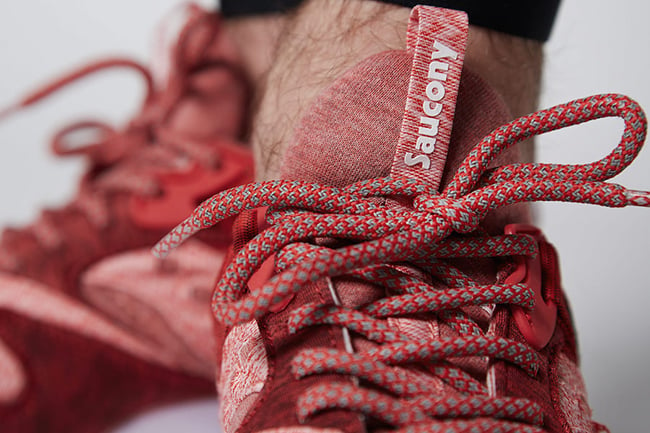 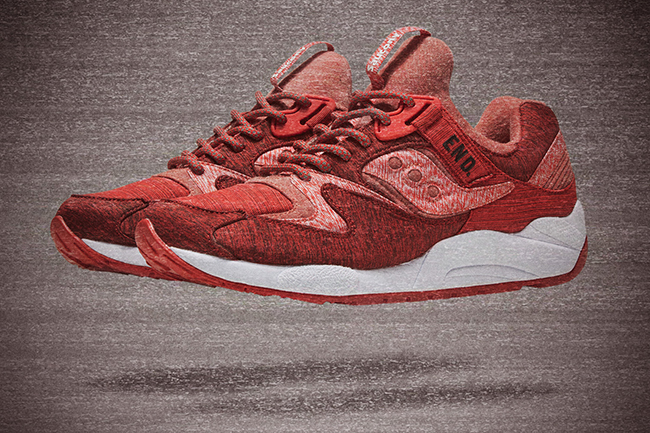 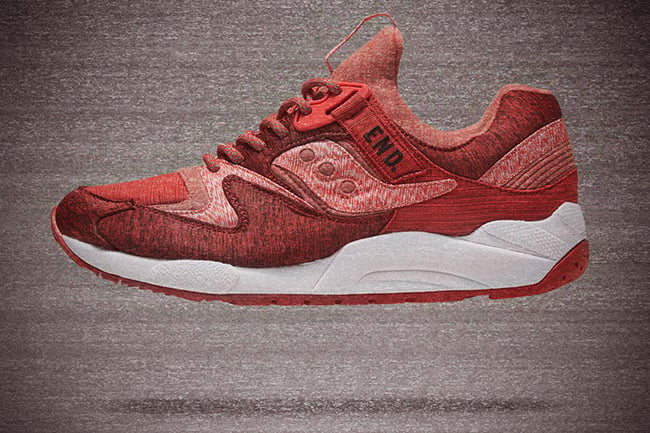 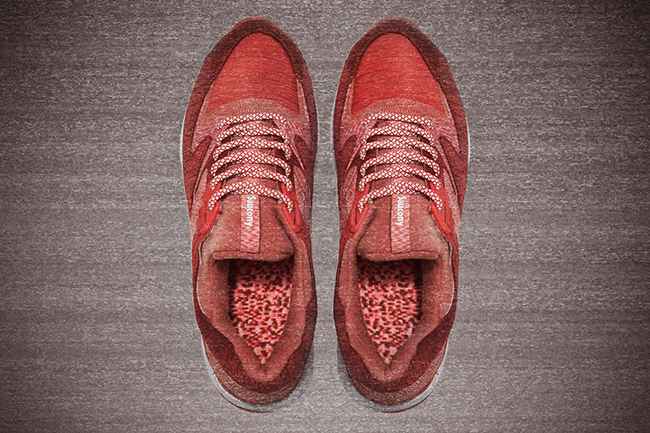