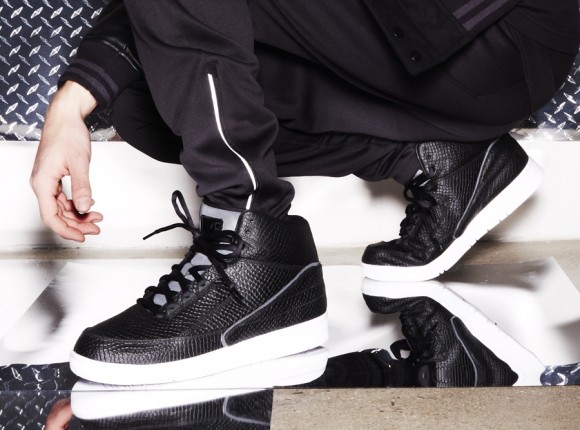 After sharing a better look at the Dover Street Market x Nike Air Python, it looks like these joints finally have a release date. On December 21st, all of you sneakerheads will see this dope collaboration release exclusively at Dover Street in NY. Equipped with a clean black python upper atop a crisp white sole, the folks over at Nike are looking to further assert their retail dominance with this drop. Check out the official images below and be sure to drop us a line in the comments section below. 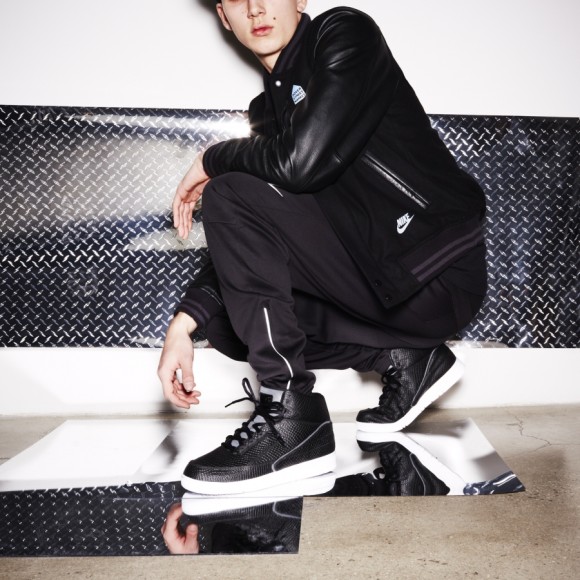 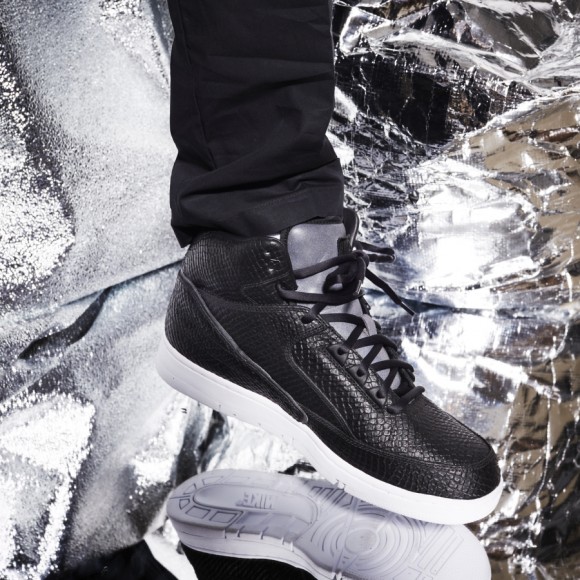 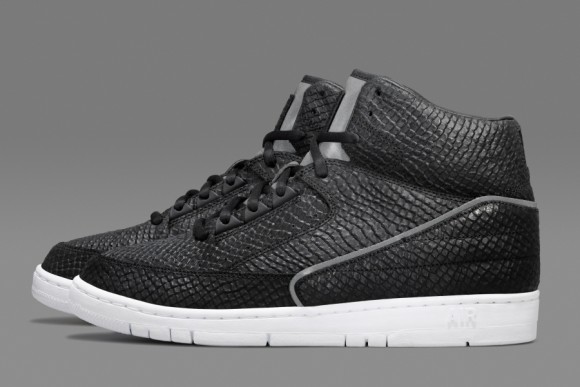 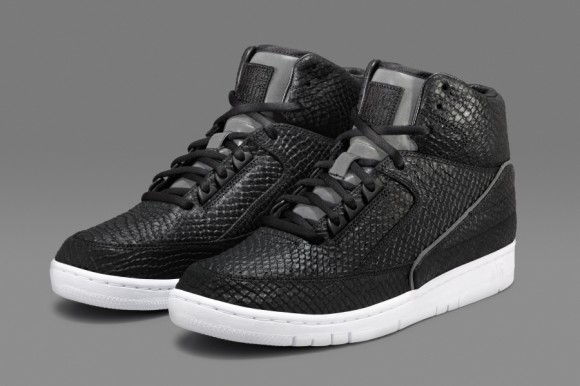 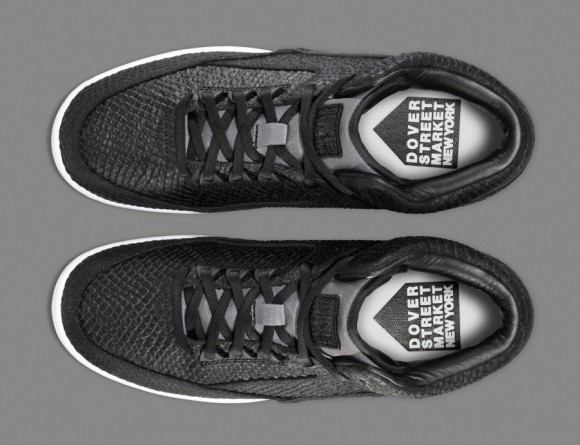 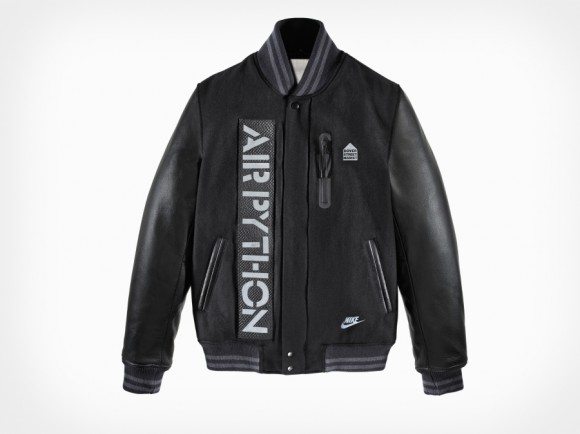 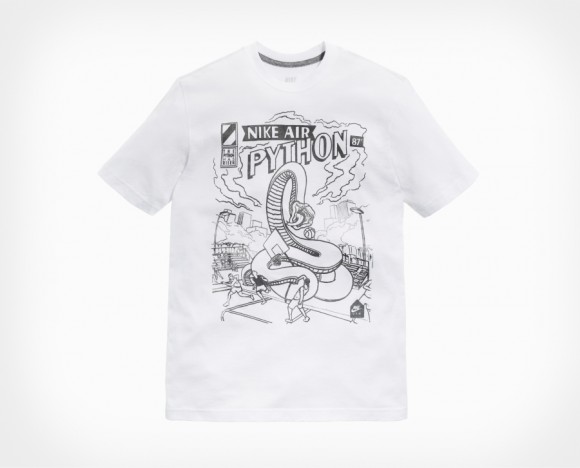 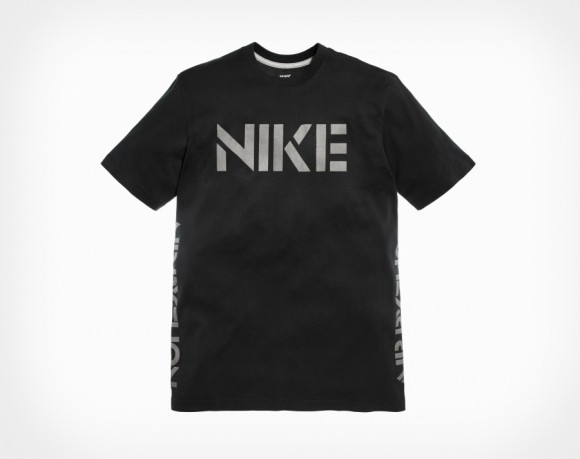 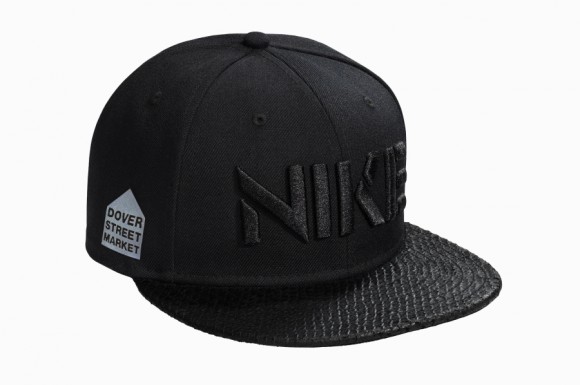 The Nike Air Python DSM NYC shoe appears in all black, a monochrome take on the bold, updated sneaker that debuted in September. Crafted from premium semi-gloss leather, it features a detailed embossed python pattern across the entire upper, including the rolled edges. The luminescence even extends to the light-reflective tongue, while a Dover Street Market-branded sock liner, leather collar lining, and complementary white rubber midsole and outsole add to the impact.

Fusing the snake’s legendary look with a varsity sport classic, the black Nike Air Python DSM NYC Destroyer Jacket employs the same python leather across the front panel, where it is bonded to a reflective 3M material that reads: Air Python. The back, meanwhile, features one of two designs. The first spells out Nike using the aforementioned combination of leather and reflective material. This graphic is placed above a Dover Street Market logo formed from reflective material and a rubber screen print. The second design presents the signature Dover Street Market hut crafted from laser-cut python leather.

Other items include the Nike Air Python DSM NYC T-Shirt. A white crewneck, the shirt boasts an original illustration dominated by a python, with allusions to the shoe’s past. It places the snarling snake in the center of a basketball court with an urban skyline in the background and a typographic ode to 1987, the year the Nike Air Python debuted, in the upper corner. Additionally, the black Nike Air Python DSM NYC True Cap introduces a python leather bill while a 3D reflective heat transfer spells out Nike on the crown and an embroidered Dover Street Market logo appears on the side.