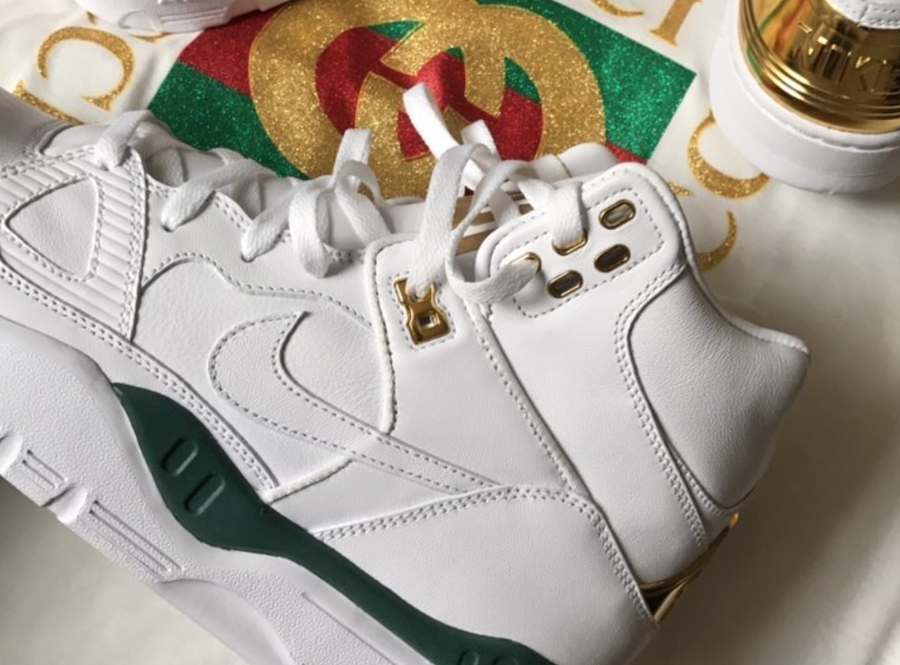 Making sure we all know what these two models are inspired by, he added Gucci branding as the backdrop of his photo. Both feature a White base while accents of Gold, Red and Green are hinted throughout which completes the look.

At the time of writing, it isn’t known if the Nike Air Force 2 and Air Force 3 shown will release. However we will make sure to keep you updated with new information. Make sure to leave your thoughts in the comments section. 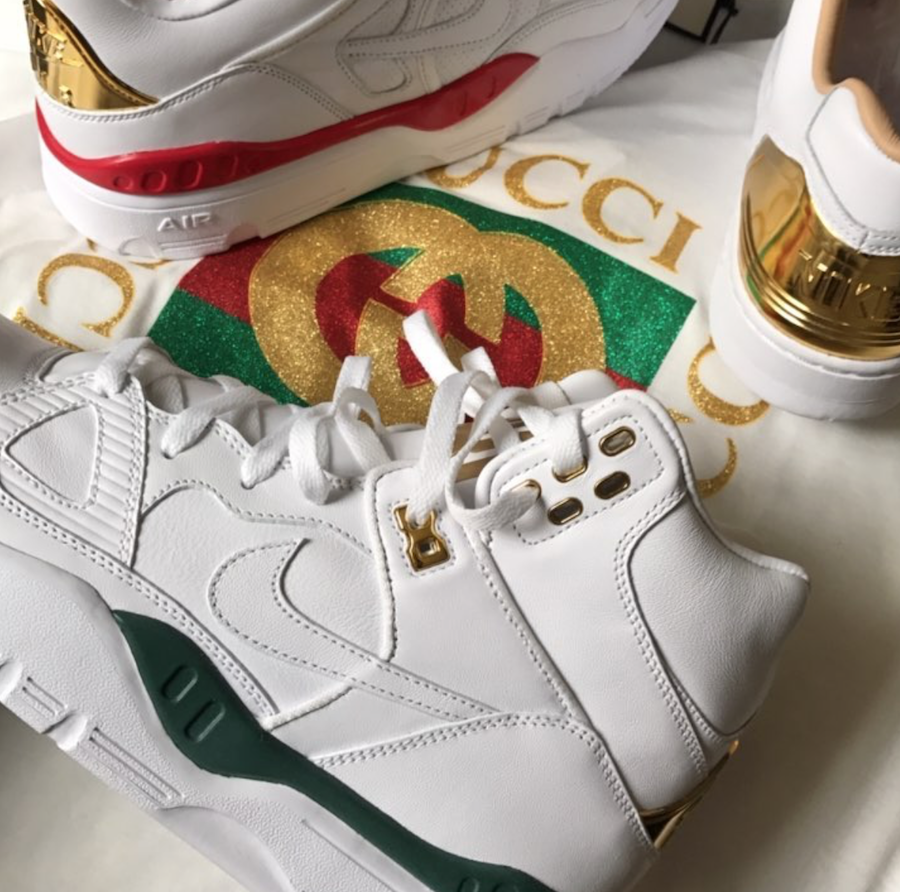