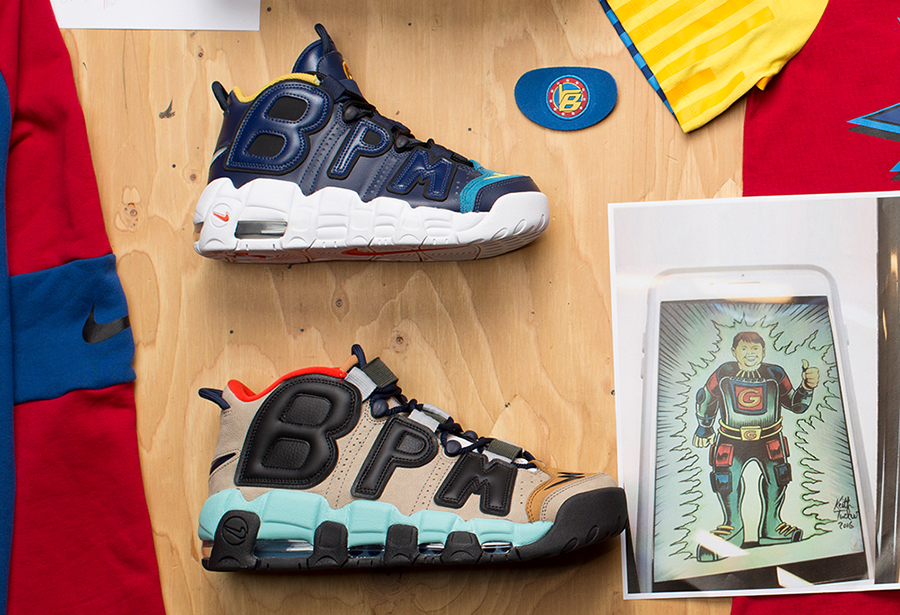 Nike celebrated the release by taking us behind the design of Brody’s Air More Uptempo. 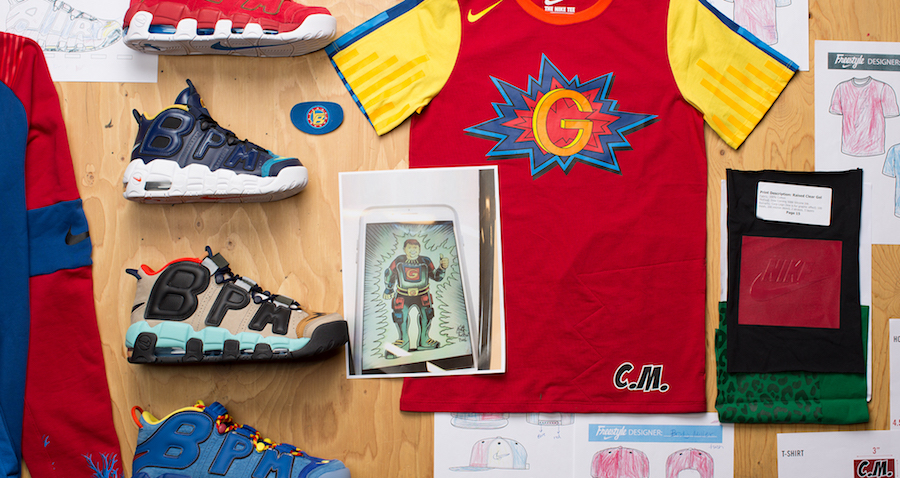 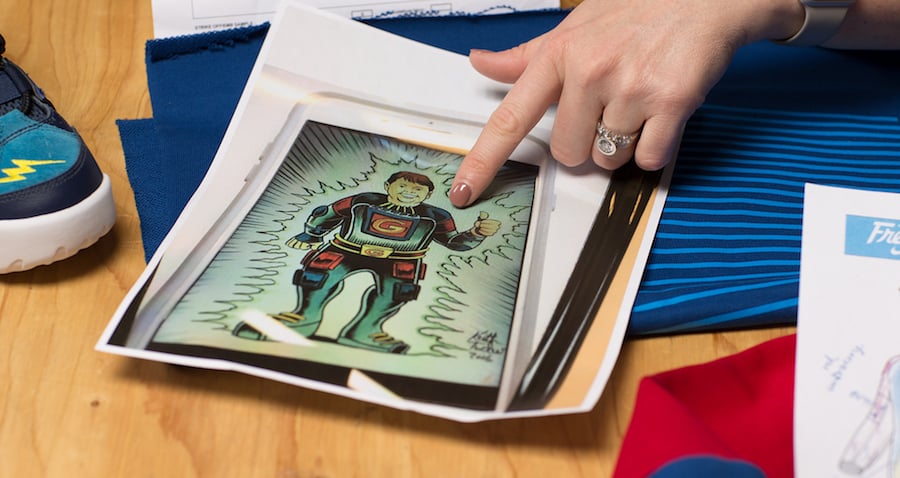 “Brody had three very different design ideas to start, and he knew the vibe of the shoe that he wanted, but the final idea really came together in our design sessions,” says Tyler. “Based on what he said in his design sessions, and his Generator Man inspiration, we brought four different shoes and we kind of meshed all those options together [to land the final design],” says Tyler. 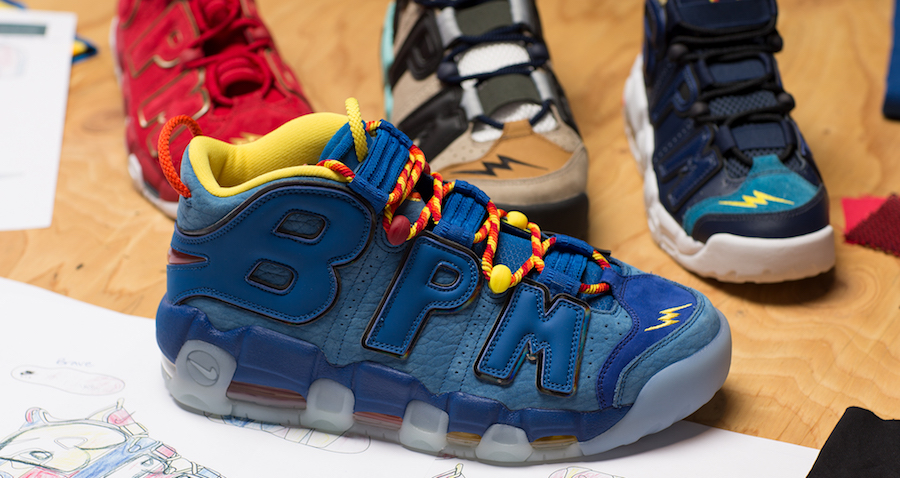 “We put an iridescent hit behind the letters because Brody really wanted to feature that material,” says Tyler. “He wanted the bottom to light up as a reference to Generator Man, so the shoe features a glow-in-the-dark outsole.The toebox is also reflective as a nod to Generator Man.” 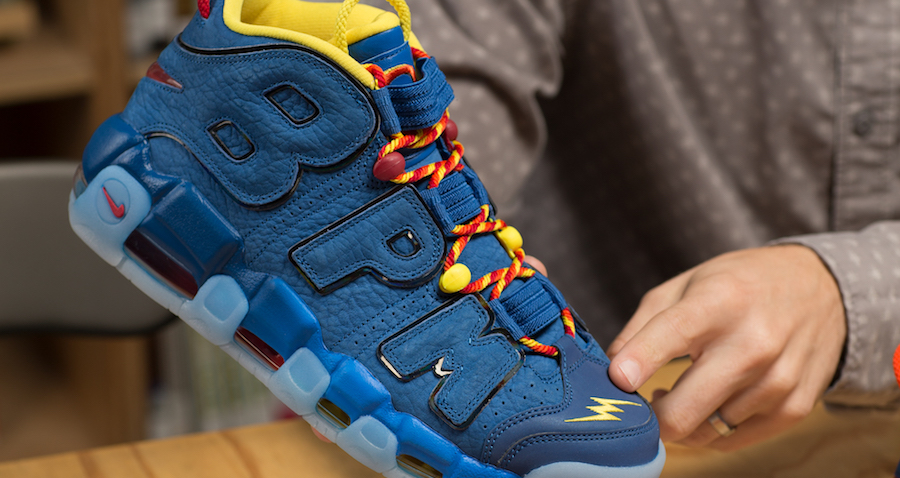 “The lightning bolt symbol is a reference to his love for superheroes and comic book art,” explains Tyler, “and BPM are his initials – Brody Preston Miller.” In addition, the veins found on the sockliner and apparel also have a superhero tie. “Brody’s superpower is that he generates extra veins in his brain, so we worked with some different print techniques to get them raised and more lifelike on the hoodie,” says Kylee. 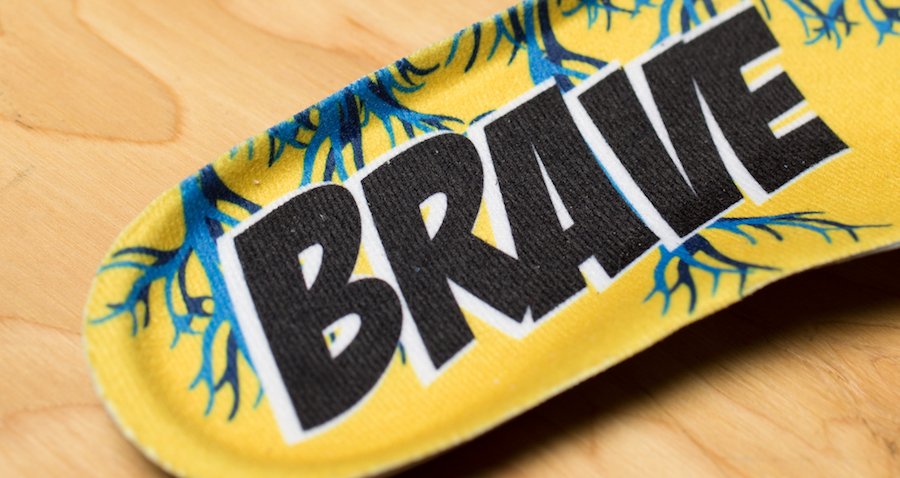 Finally, the team joined forces to create a special red version of Brody’s Air More Uptempo as ode to an important member of his support system. “Lisa Baird is his doctor at Doernbecher,” says Tyler. “He wanted a tribute to her, and Nessa created a custom logo for the tongue as well.” Overall, Brody’s collection underscores his heroic nature and brings to life his vision in a truly powerful way. 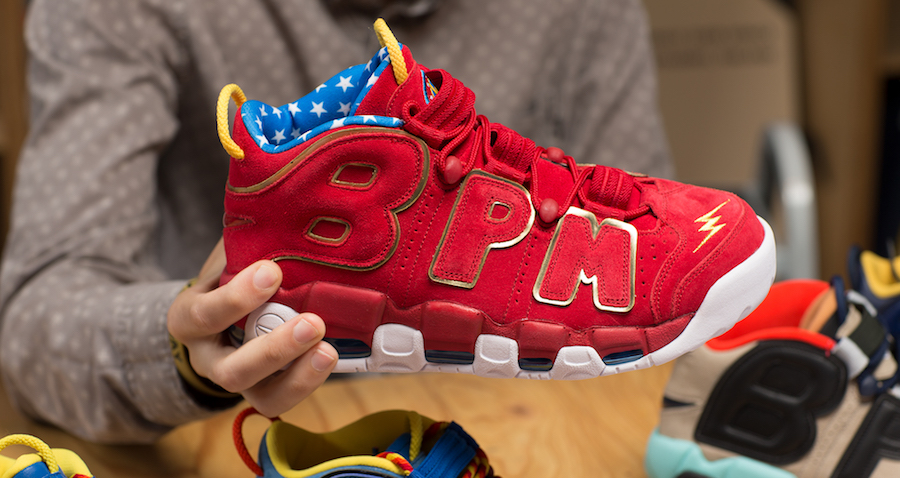