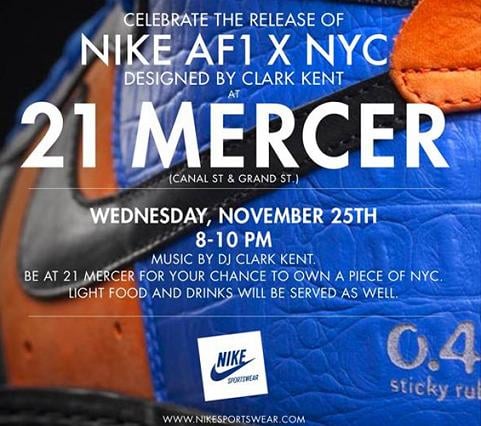 It seems as though a lot of the big holiday releases are starting to pile up on us now that Thanksgiving is mere hours away and we can almost taste Christmas. While a huge Lebron VII release will take place tomorrow, Wednesday November 25, that is not the only buzz Nike will be generating on Thanksgiving eve. Tomorrow, a celebratory release of DJ Clark Kent’s Nike Air Force 1 high East, which draws inspiration from the New York Knicks team colors, will be held at 21 Mercer (Canal street & Grand street) in New York City from 8:00PM to 10:00PM. Naturally, DJ Clark Kent will be on the 1s and 2s. With a superb mix of blue reptilian leather, black leather, and orange nubuck, these could very well be the best pair of the Nike Air Force 1 high we’ve seen release in a while. So for those sneakerheads (New Yorkers and non-New Yorkers alike) who feel the same way, tomorrow you will have a chance at owning a piece of history. 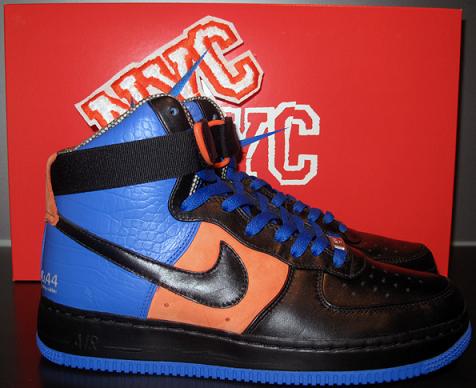 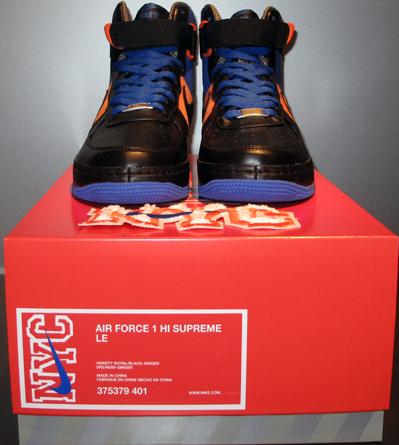 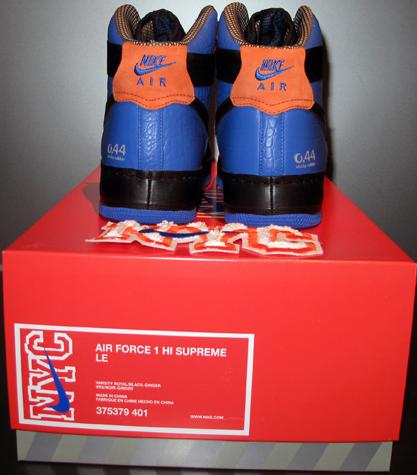