SneakerFiles
Home Sneaker World Discussion: Where Have all the Signatures Gone?

In this day and age, are signature athletes few and far between?

Don’t get me wrong, we have some great signature lines right now with Derrick Rose, Kobe Bryant and Lebron James at the helm. Yet, there seems to be more PE’s rather than signatures. Not sure why that is exactly, it almost makes it seem as if the talent level of today’s players aren’t up to par with athletes of the past.

Growing up I remember every brand having at least two or three great players from almost every sport carry a signature line. That isn’t the case today and some players who would typically never have a signature shoe end up taking their talents to overseas brands such as PEAK and Li-Ning.

This year’s NBA Champions had one signature athlete on the roster, if I’m not mistaken, who’s signature line is with PEAK. Out of all the great player on the Mavericks, Jason Kidd is the only one, to my recollection, with a signature sneaker… and we cant even purchase his signature unless we head to eBay. Even if his signature shoes were readily available, I’m not so sure it would even sell well in the States.

As stated above, Player Exclusives and Team shoes seem to be where most brands are headed with their performance lines. It makes you wonder if the reason behind the change of pace is due to more and more players becoming less marketable, possibly not having the talent level needed to carry a signature line of their own or maybe its just more profitable for brands to do away with hefty contracts and go back to basics.

Do you feel that there are players in sports today that can and should carry their own signature line that currently do not; if so, who would you like to see have their own signature sneaker? Better yet, are the current signature lines as appealing as the retired athletes that seem to continue to receive more releases on the shoes worn during the glory days than athletes currently dominating their respective sport? 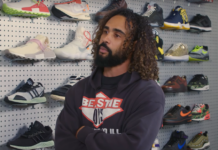 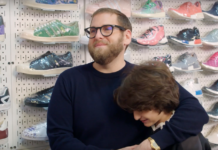 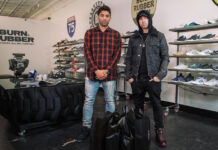