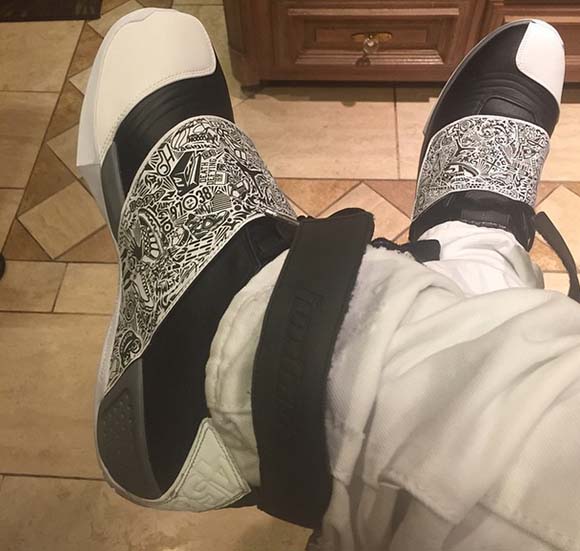 Dez Bryant is probably enjoying the off-season but is still keeping it traditional by showing off his latest shipments from Jordan Brand. Already lacing them up, Dez is wearing a new colorway of the Air Jordan 20 being called ‘Playoff’.

Before we knew about the Air Jordan 20s releasing, Bryant has posted on his Instagram pictures. For example, the Lasers which we had no idea if they would actually release. If the trend repeats itself, it would appear the Playoff Air Jordan 20 will be the next model to drop.

This on foot look from Dez is our best photo yet, which comes with a black, white and anthracite theme. White lands on the midfoot strap with the illustrations overlaying in black that helps it stand out.

As of now, there isn’t a release date nor concrete information if the Jordan 20 ‘Playoff’ will launch but stay tuned as we keep you covered.