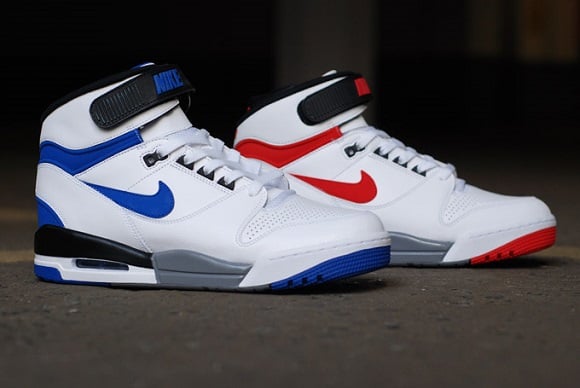 When news broke earlier this year of the Nike Air Revolution Retro coming back for another run, old-school sneaker fans and new jacks, just starting to learn the history of the kicks in their closet, rejoiced. After all, it’s been five years since the last retro dropped, more than enough time for a once-fresh pair of kicks to be relegated to “walk the dog”/”mow the grass” status, sent to that netherworld where shoes are given a new name, much like the US prison system… only, instead of a string of numbers, it becomes known by a much more nefarious word: beaters.

Dropping this July are two OG colorways of the shoe that introduced hardwood and cement courts worldwide to the phenomenon known as the “visible air unit”: the Nike Air Revolution Retro “White/Black/Red” and “White/Black/Blue”, seemingly made to outfit the two teams squaring off in the Compton Gangbanger B-Ball Classic. No cripping and thugging, though; only dribbling and dunking going on over here!

The 2013 iteration seems as close to the OG as possible, which is a welcome prospect for Jordan heads across the globe who are sick of getting retro versions with a noticeable difference on every re-release. Each shoe features a predominantly white leather upper with that versions secondary color as an accent on both the upper and the outsole. Each shoe sits on a white/black/grey midsole you might recognize as the same midsole on the Air Jordan III (3), the younger cousin of the Air Revolution. A black ankle strap with either blue or red Nike branding tightens things up, giving you the support needed to dunk on a clown. Well, actually, if you can’t dunk a ball already, I highly doubt ankle support is going to be the driving factor to take you above the rim. We can dream though, can’t we?

What do you think about this upcoming release? Will you be copping the shoe that changed things (crazy Joker voice), like Batman did Gotham, or are you against copping any retro shoe that isn’t an Air Jordan? Let us know in the comments below, and enjoy some more pics of this dope oldie-but-goodie after the jump! 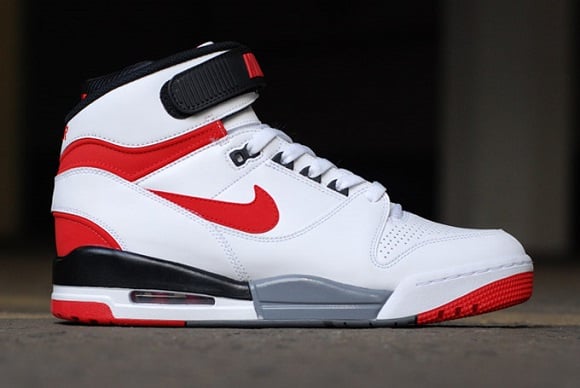 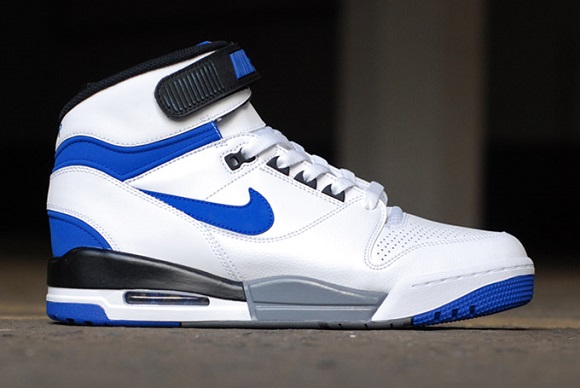 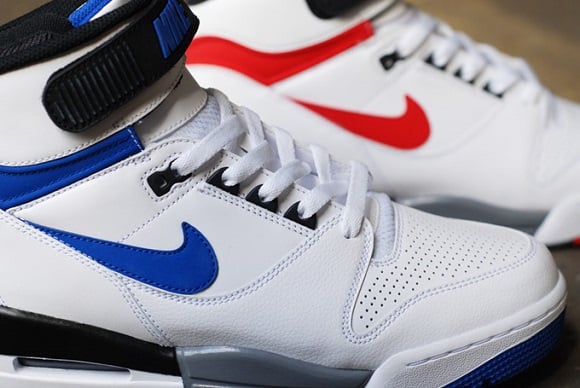 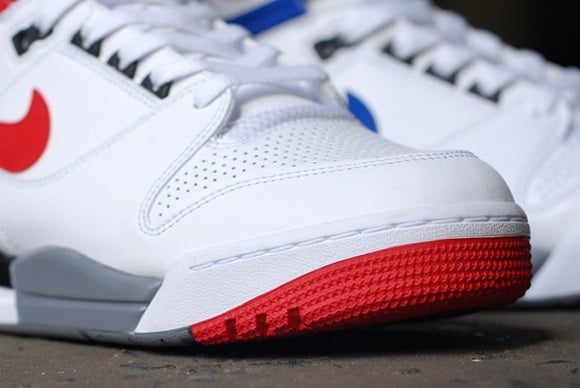 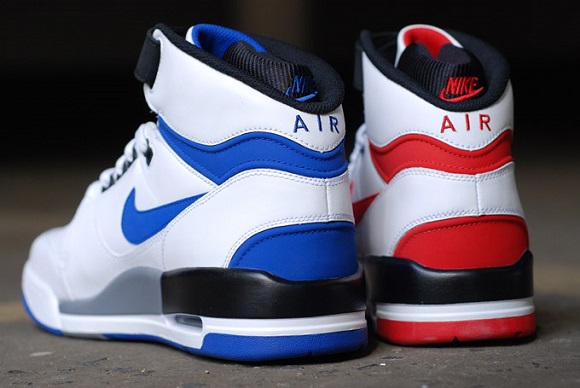 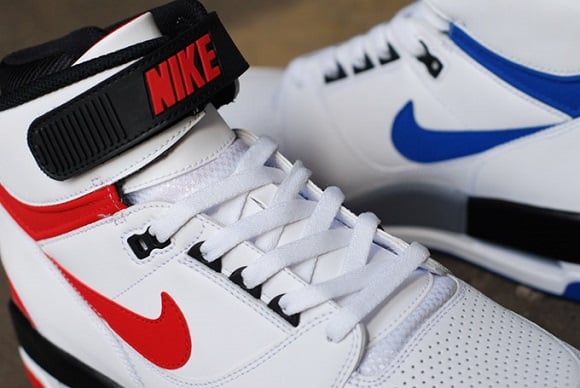