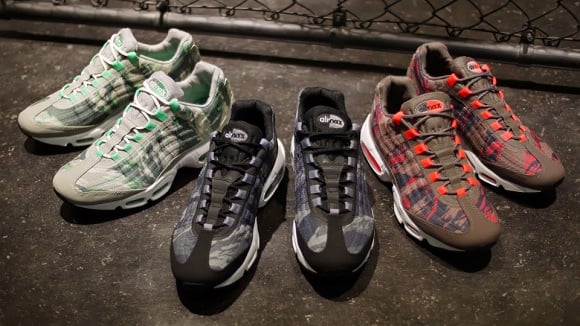 Whether you like it or not, camouflage is quickly becoming the print of the year, as it is seen on hipsters and hunters alike. Shoe companies have taken note of the burgeoning trend, throwing the print used by military groups worldwide on everything from Roshe Runs and New Balances’ to Foamposites and Saucony’s; even Scottie Pippen got in on the action, with the crazy (“crazy good” or “crazy bad” is up to you…) Nike Air Pippen “Camo” set to release sometime this year! We’re not even halfway through the year yet, and we’ve seen over a dozen camo-based sneakers; when will the madness end?!?

Not any time soon, my friends, as Nike has rolled out a new pack which features the print front-and-center. The Nike Air Max Premium Tape “Camo” pack, featuring the Nike Air Max ’90, Nike Air Max ’95, and the Nike Air Classic BW, is set to release sometime this month, either feeding your need for camo or infuriating you by attempting to force-feed you the forrest-blending print via sneaker. Here, we bring you a detailed look at the Nike Air Max ’95 branch of the pack, which features Nike’s little-used Fuse Tape technology, a type of material that allows for more breathability throughout the upper. So, no… the shoes do not come with a mixtape of deceased rapper Camoflauge’s greatest hits.

The pack features brown/red, grey/green, and black/blue versions of the Air Max ’95, all of which feature the camo print on the upper and a white midsole/black outsole combination. These shoes will be released later this month, although (as some websites have reported) pre-orders are available at Mita.co.jp – as long as you live in Japan…

Are you feeling this release? Sick of seeing camo print everywhere except for on your grandma? Let us know in the comments below, and hit the jump for a detailed look at these soon-to-be-released kicks. 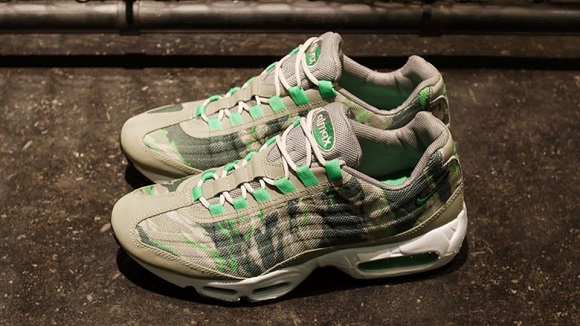 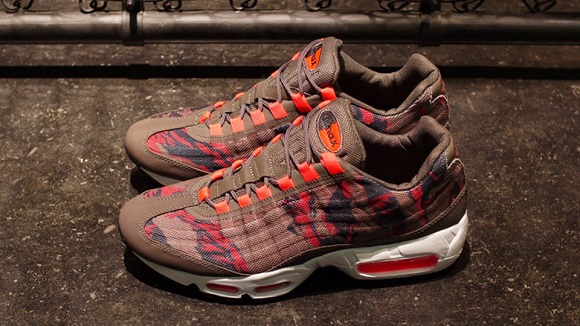 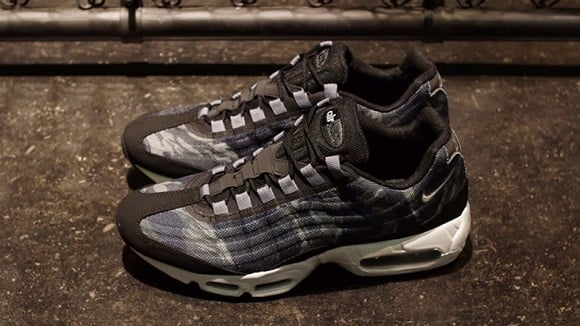 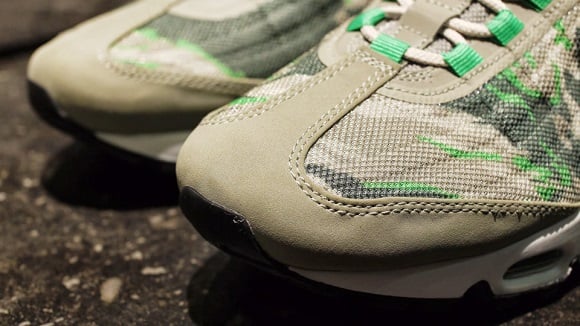 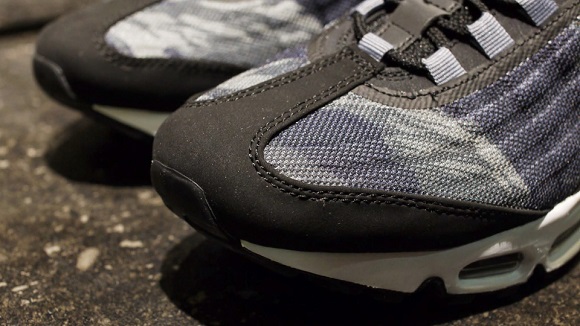 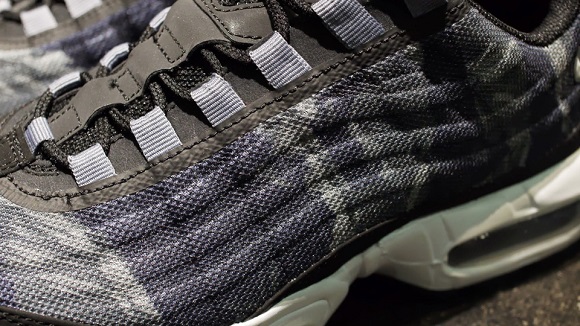 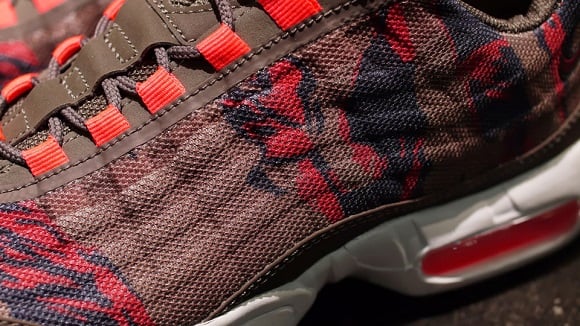 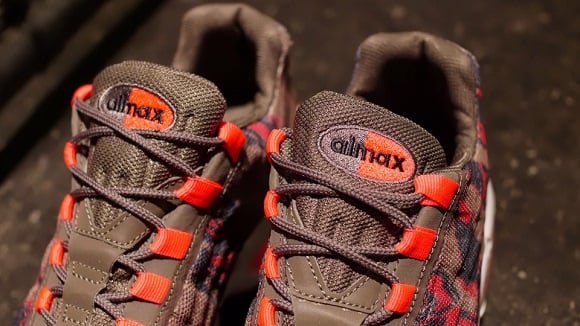 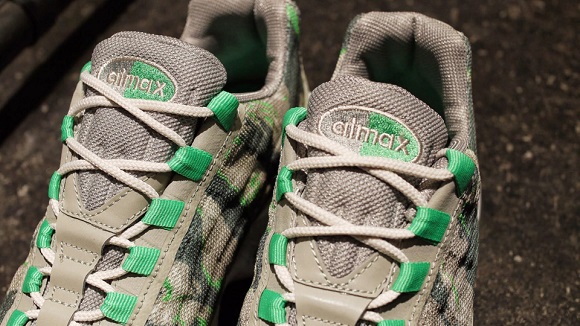 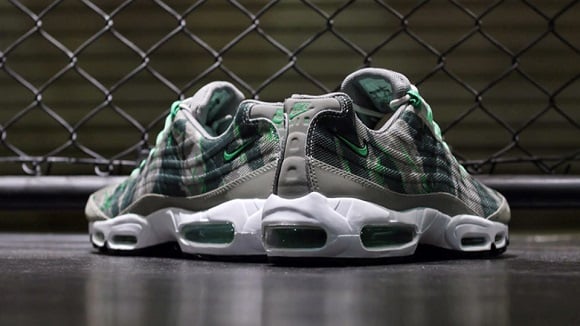 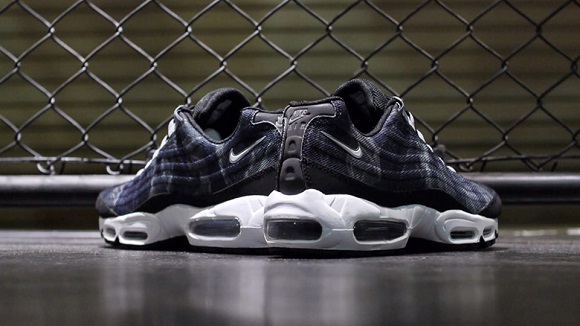 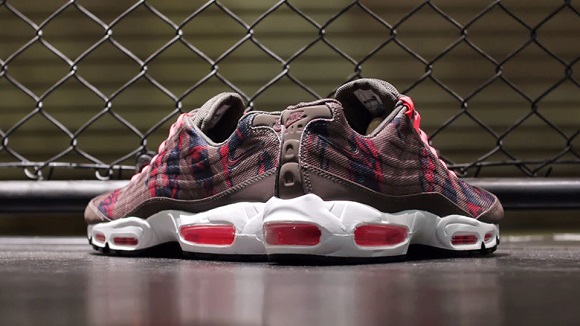