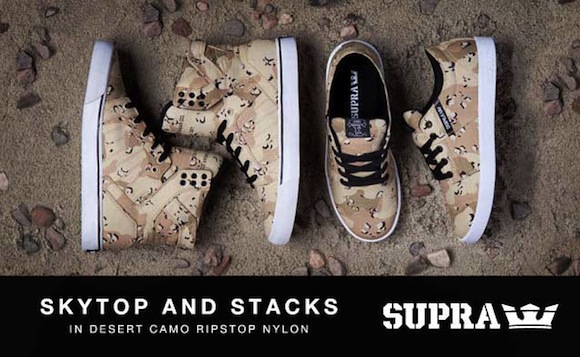 In collaboration with Supra, ZUMIEZ released the “Desert Camo Pack” to the public. This collection was specifically released at ZUMIEZ retail locations and on-line on the store’s website. Featuring the Supra Skytop, Supra Stacks, and Supra Passion, all three kicks are dressed from heel-to-toe in “Desert Camo”.

Camo, in this era, is a very popular colorway for sneakerheads and is mostly overlooked by the public if top brands, such as Nike or JB, are not sporting the colorway. If you are trying to cop a pair for yourself, hit up ZUMIEZ to find a pair…Or maybe all three. So which laces do you think looks better on these sneakers? Beige or Black? Leave a comment after the jump. 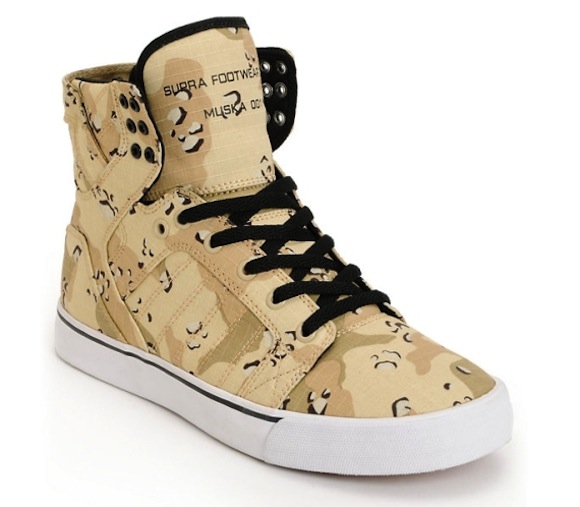 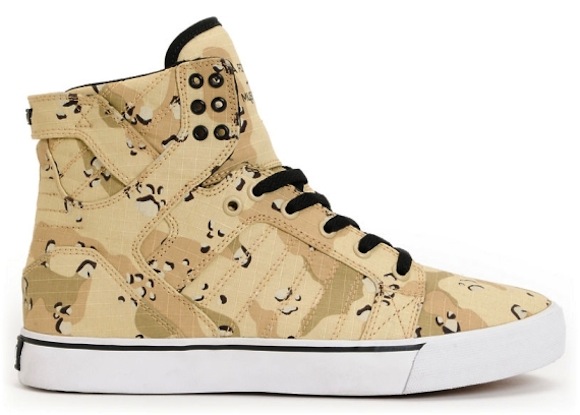 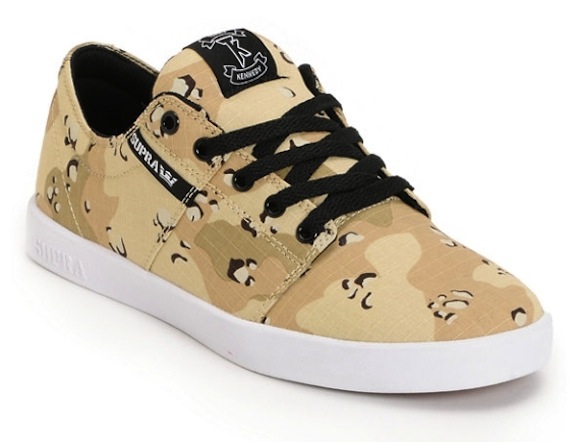 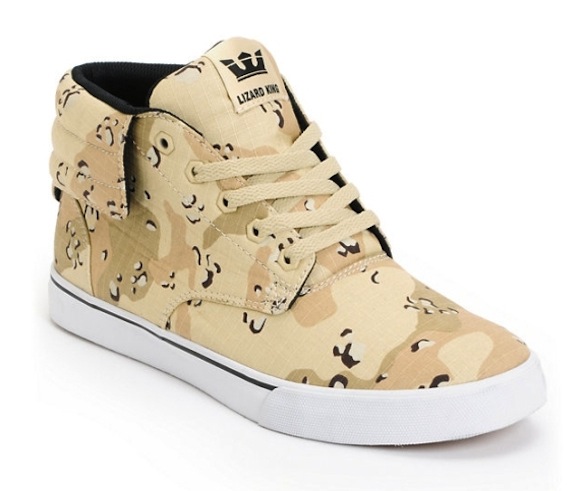 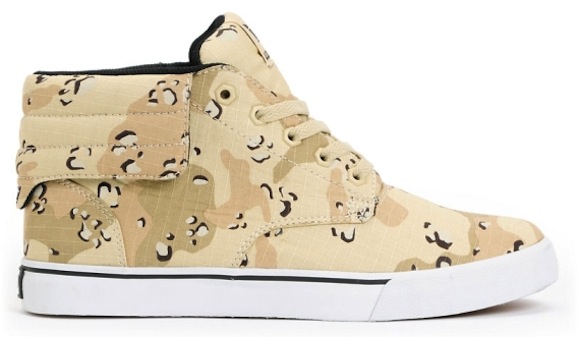