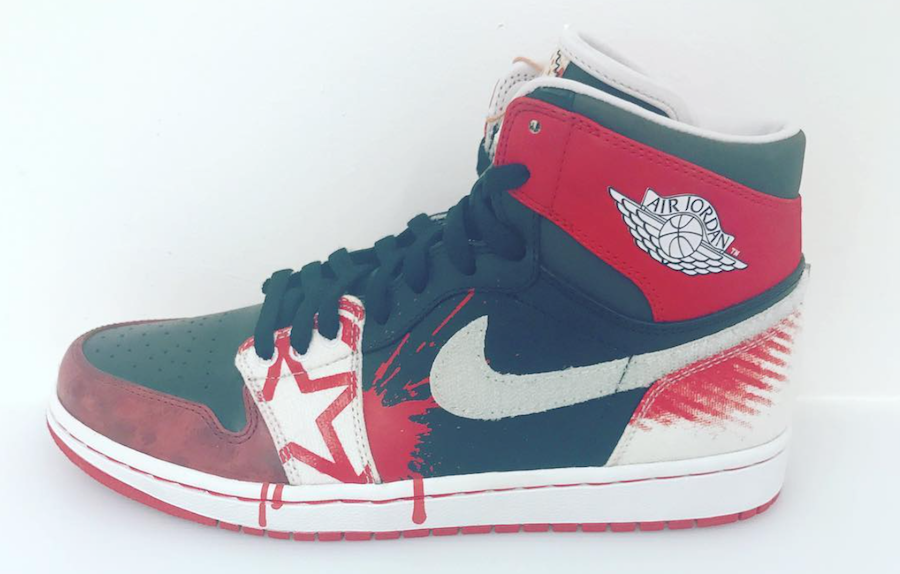 Some of you may remember that Dave White collaborated with Jordan Brand to release a special Air Jordan 1 back in 2012. Today we take a look at an unreleased Air Jordan 1 Wings Sample which is said to be one of three final designs, with this being the 2nd pair he made.

Looking closer, this Air Jordan 1 features suede on the toe box which is dipped in Red with White 3M accents. The design on the side is inverted from the retail release while elephant print lands on the overlay by the toe. The look is then completed with Blue on the midsole while Red covers the outsole.

Below you can check out another image of the Air Jordan 1 ‘Wings’ Sample and the retail release which will better show you the differences. Do you think Jordan Brand and Dave White released the right pair? Let us know in the comments section.

Update: Dave White has shared the third design of his Air Jordan 1 Wings Sample. The following excerpt was taken from Dave White” “this was sampled for the proposed Wings for the Future shoe was this one. Way back in 2011 even things like painting on midsoles was very new and technology had just come through enabling this. Long before it actually became a thing I wanted to include a pack of Velcro swooshes that you could attach based on hallowed patterns and materials. I proposed a speckle, safari, and here you can see the Elephant print version detached with the Velcro base visible.”

From the three pairs shown, which is your favorite Air Jordan 1 Wings? 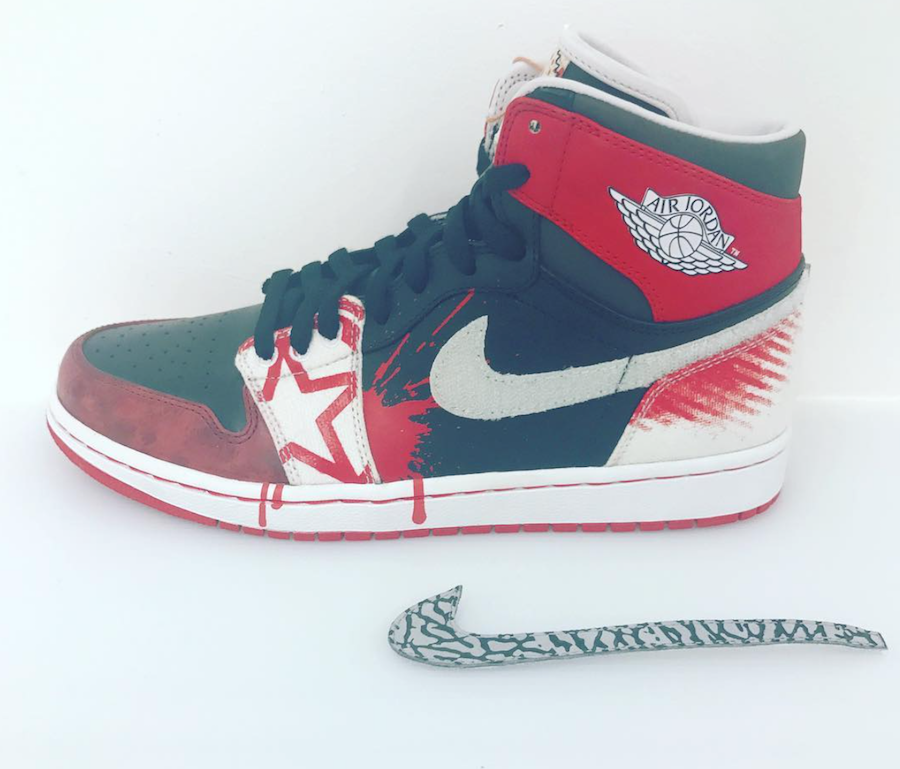 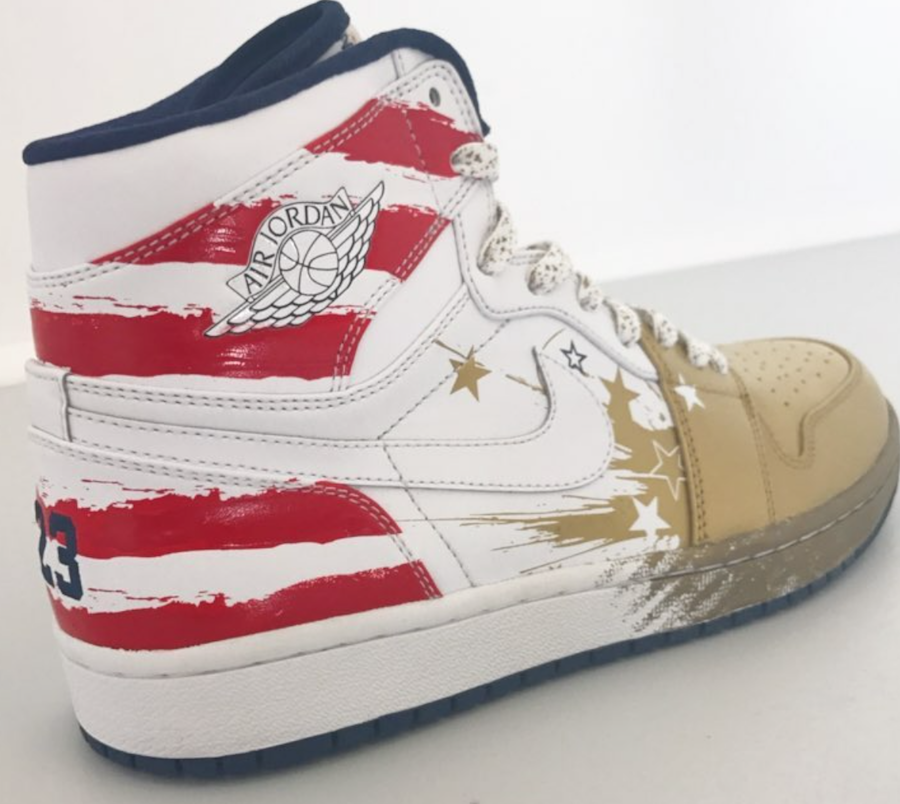 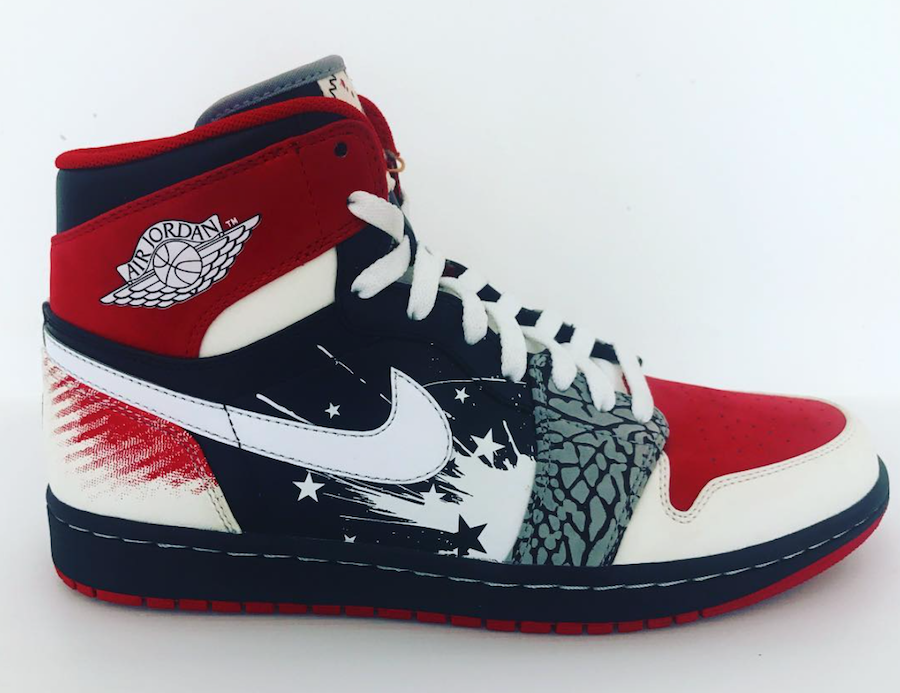 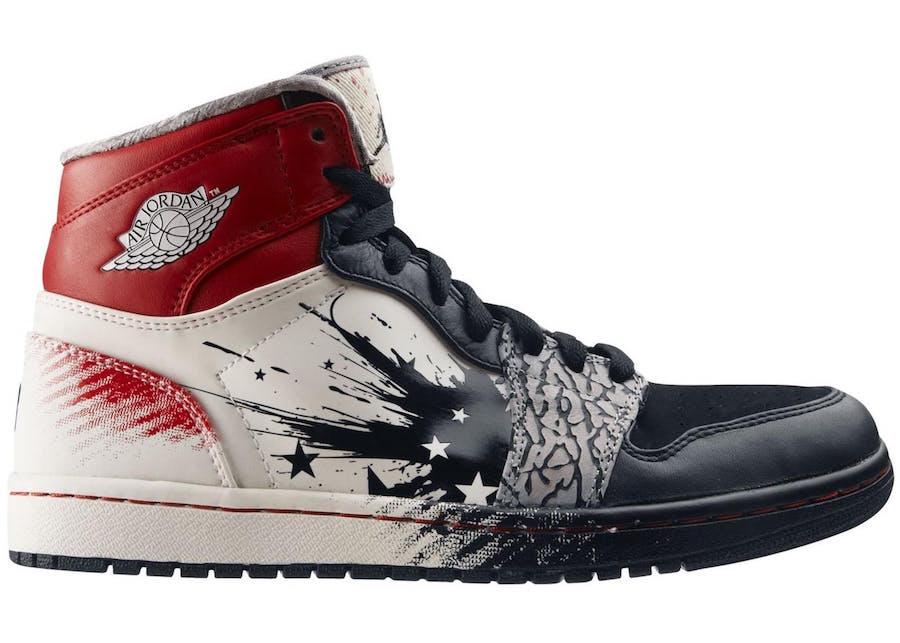