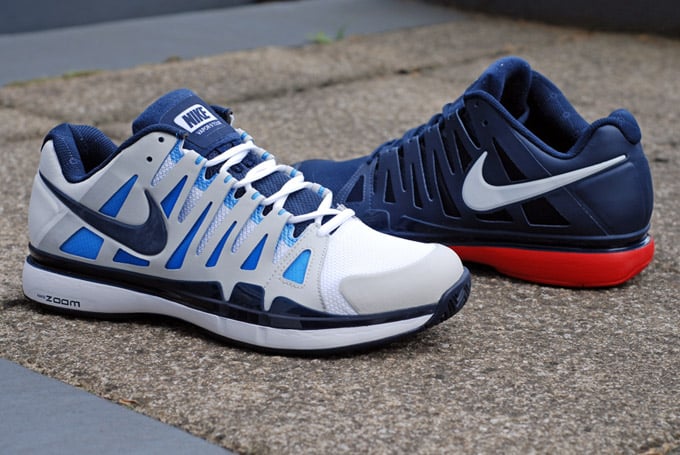 Following the conclusion of this year’s US Open, Crooked Tongues takes a detailed look at the “Day” and “Night” editions of the Tinker Hatfield-designed Nike Zoom Vapor 9 Tour.

It has been a little while since we could get excited about a new tennis shoe. It was a shame too, because the tennis shoe is one of the fundamentals of this thing of ours — New Yorkers broke out clean racket sports classics in the summer just as terrace rucking characters were fixating on some imported grass court designs too, yet neither culture seemed to cross over or even be aware of the parallel movements. Now, the runner and basketball shoe hold court, while tennis shoes remain pure performance, with their weight and bland looks. We hadn’t bugged out over a shoe made for tennis until January, when Roger Federer’s Nike Zoom Vapor 9 Tour debuted. The Tinker Hatfield design’s “finger” fastening and that supportive plastic on the lateral side make these an office favorite at the moment and the slew of colourways and clay variants has been extremely consistent (the Wimbledon colours and super-limited NYC editions in a Mets palette were tremendous) and while Mr. Federer underachieved in the U.S. Open last week, the makeups of this shoe to match his day and night outfits were very strong. The ‘Day’ edition’s mix of White, Obsidian and University Blue is a clean and classic combo, with grey offsetting any blandness, but the ‘Night’ variant’s Obsidian and University Red brings the current sole-centric aesthetic that’s invaded Nike’s running range to the Nike Tennis line. These are available at NikeTown now and we’re seeing a few more pairs of this model on the street as time goes by. Anyone breaking out Zoom Vapor 9s gets the nod — they’re one for the characters fighting the good fight and thinking a little outside the box. 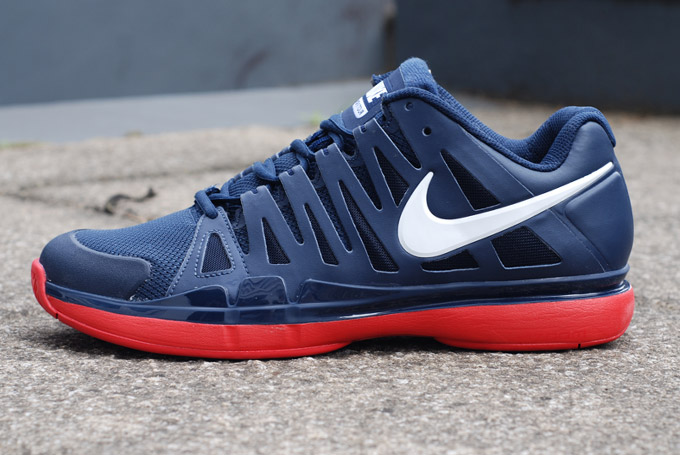 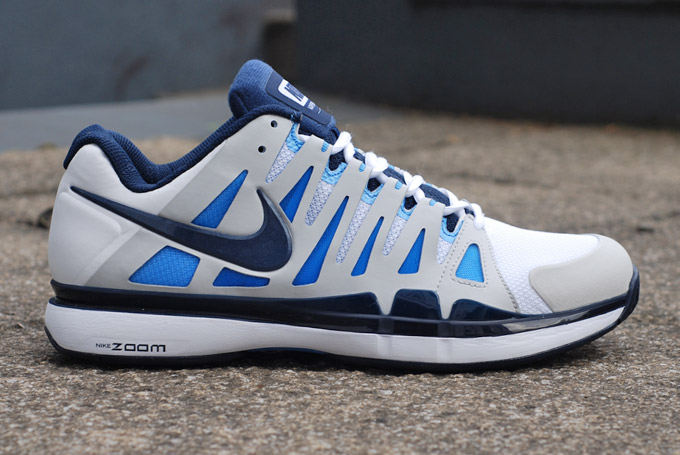 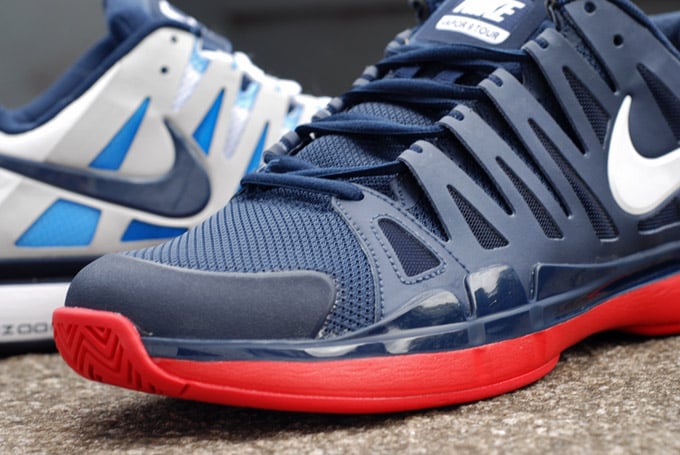 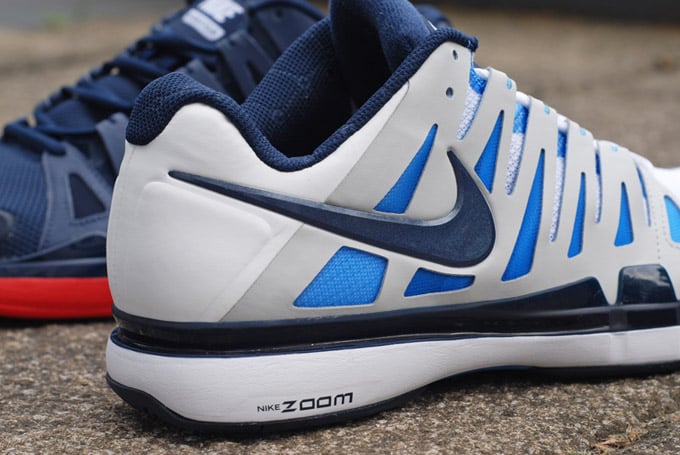 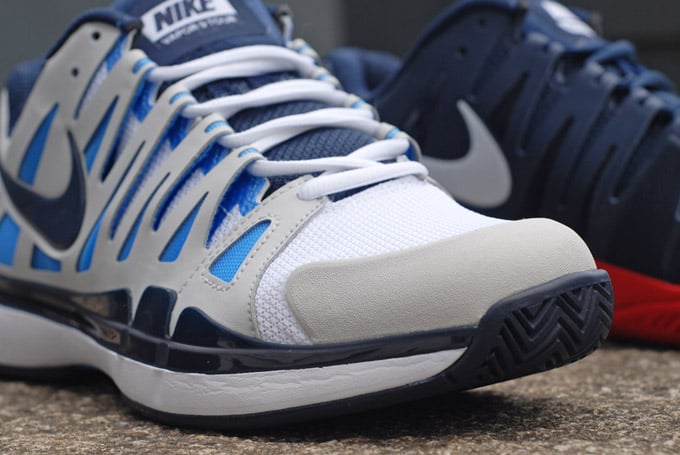 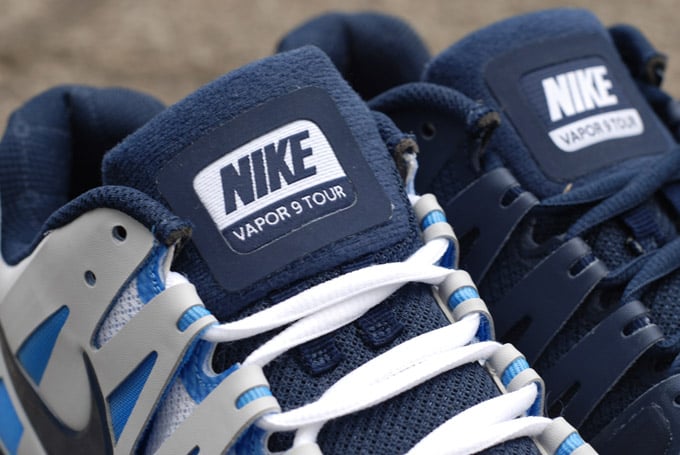