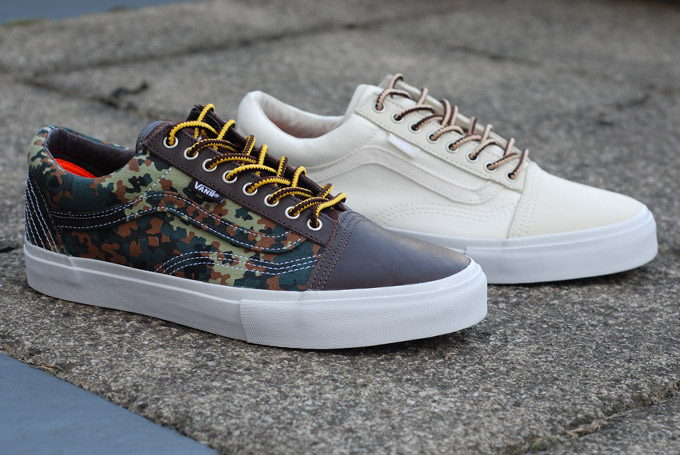 Crooked Tongues provides another look at the camouflage and white colorways of the Carhartt WIP x Vans Syndicate Old Skool 92.

Vans Syndicate make some of the best quality special projects on the market. That they can make vulcanized, canvas uppered shoes feel like superior value for money over their leather, cup-soled rivals is a testament to the Syndicate team’s work. We’re late to the party on these Carhartt pieces, but they warrant a close inspection. The first Carhartt Vans project — a duo of duck twill Half Cabs and Chukkas was as perfect as a collaboration gets, while the ripstop sequels never hit quite as hard with us. These Old Skool 92s, use the more contemporary version of the Jazz Striped classic (which is being celebrated in the new Jazz Stripe 35th anniversary Syndicate set) beloved of legends like Ian MacKaye. It’s a shrewd move, because that wealth of rear stitch detailing it offers makes them a perfect partner shoe.

These are actually a quartet, but we’re just showing the simpler cotton twill and nubuck toe edition here, plus the best of the bunch (and a timely one given the current mania for military patterns) a German Flecktarn pattern (the 1990 version rather than the 1970s or (slightly more sinister) WWII era 44 Dot experimental versions) on the canvas sets these off perfectly, harking back to some skate re appropriation of army gear (something Civilist executed perfectly in their Syndicate project last year). The pattern that can look like a paintball loss on a grand scale when it’s applied to trousers and jackets looks pretty amazing here and it even extends to the footbeds, complete with the classic Carhartt patch branding there too. We don’t know if the orange trim inside is a reference to classic Carhartt linings or German leather flying jackets, but it feels like someone put some serious thought into the detailing. The waxed leather toe cap is a nice touch on these Flecktarn editions too.

The corduroy collar homaging tongues and Carhartt lettering on the lacetips of each variant are extra little details that all potential collaborator should note — it’s all about the little things, yo. A good accompaniment to the recent Bulgarian Camo Eras and these dropped in Carhartt stores across Europe last week — we’re not sure how many pairs are still floating around. 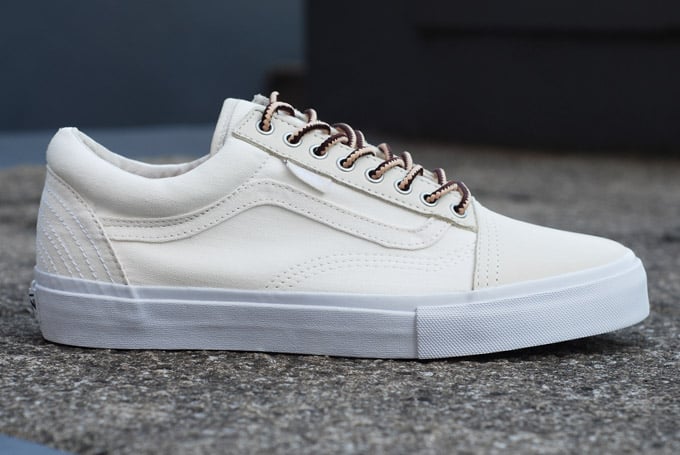 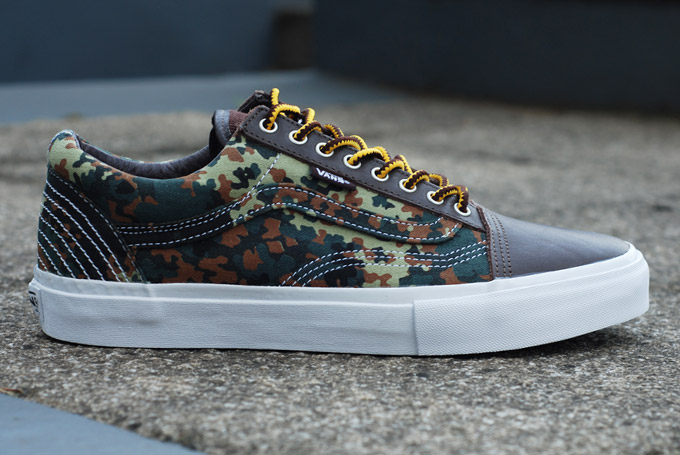 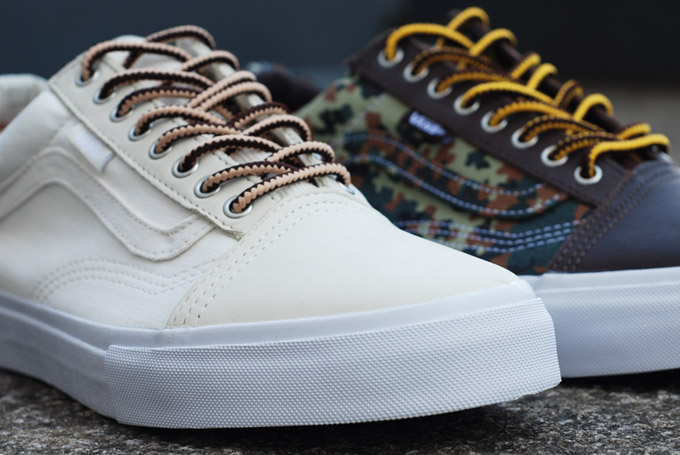 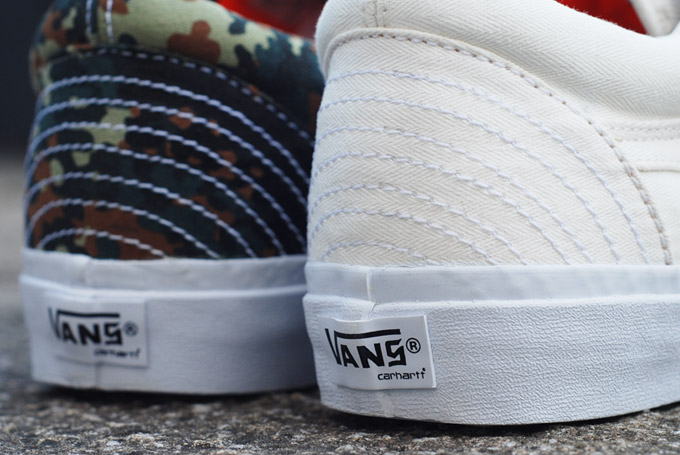 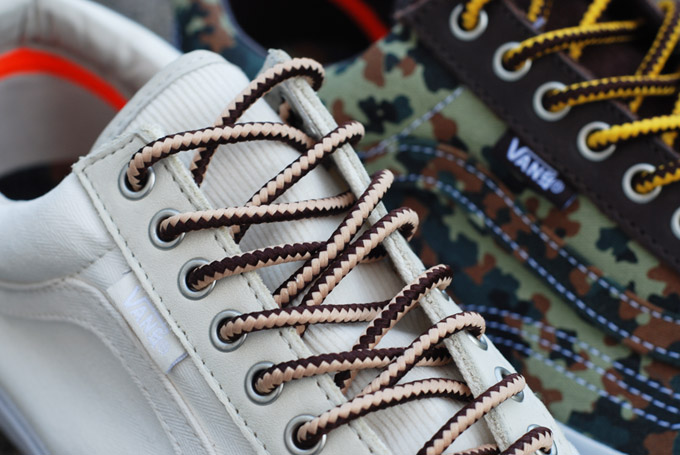 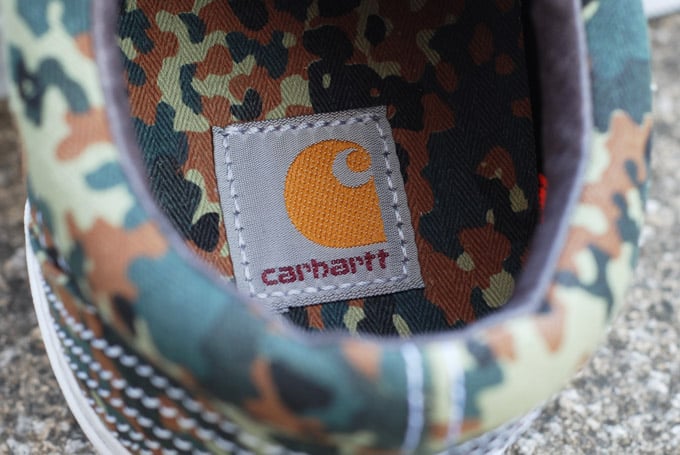