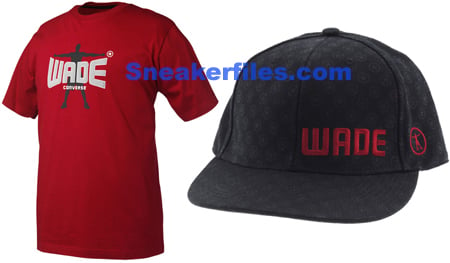 Just yesterday, Dwayne Wade announced his Converse Wade 2.0 apparel line, which will be the first ever athlete clothing line, and we at Sneakerfiles have the privilege of showing you the line, first ever online! A lot of nice t-shirts with hats, bags, shorts etc will launch the first time around. Also, the Converse Wade 2.0 has launched this weekend. Click “More”, there are a ton of pictures you can not miss out on! 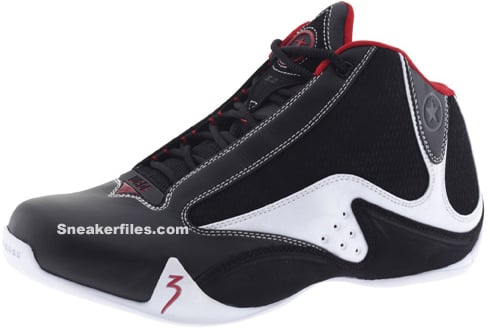 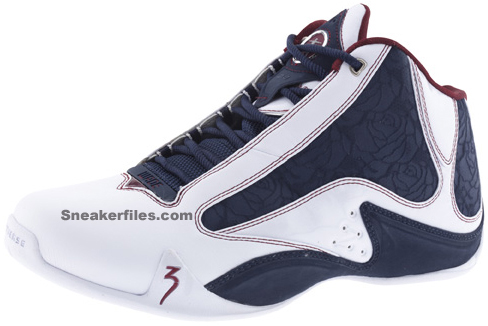 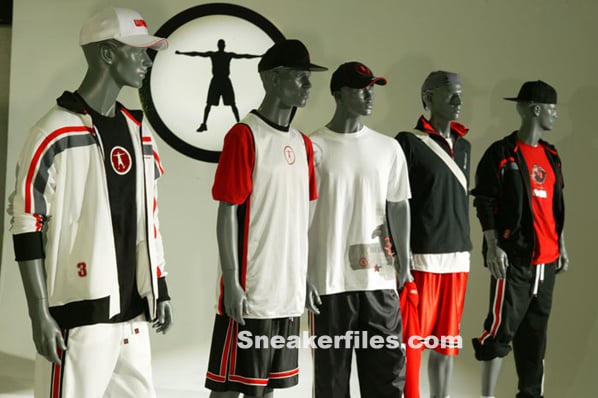 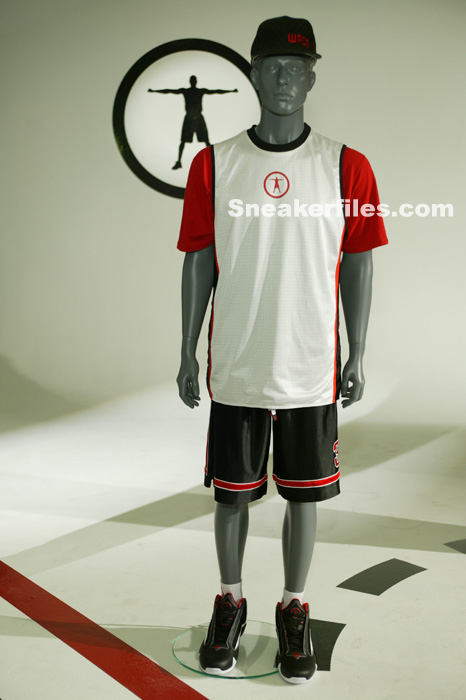 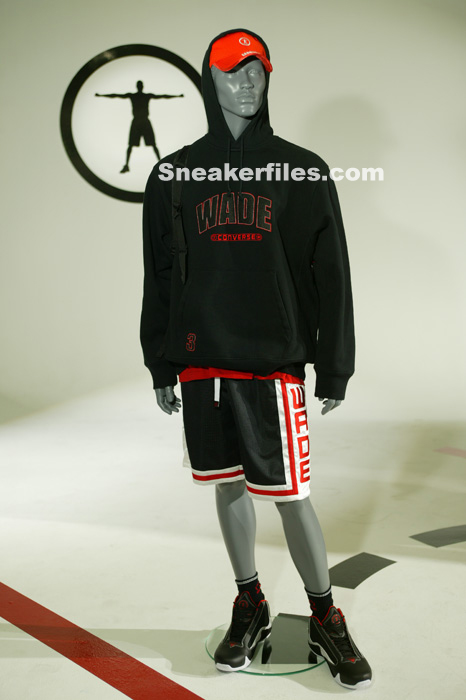 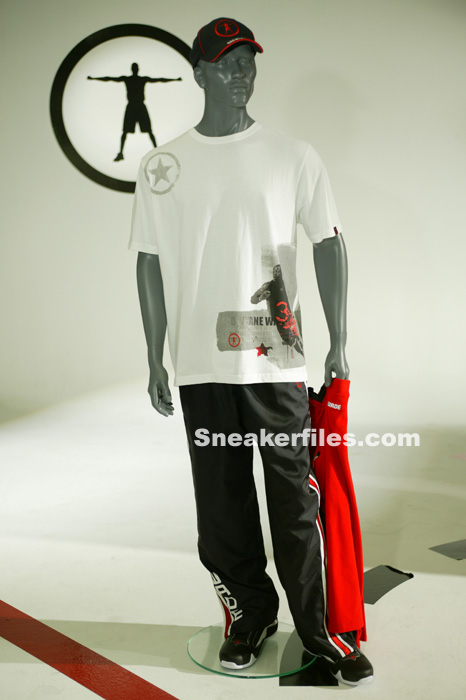 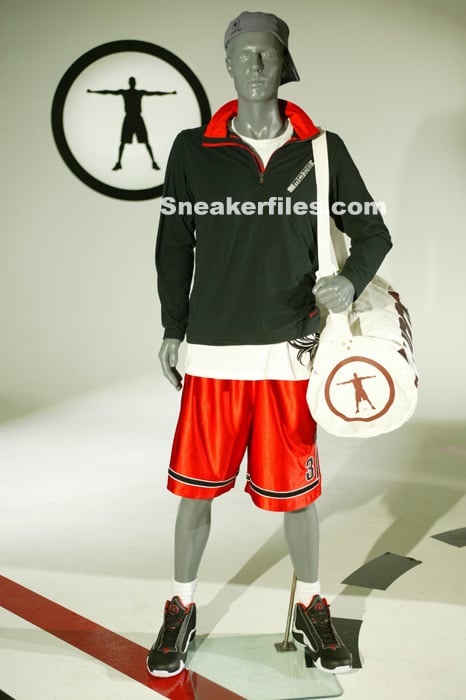 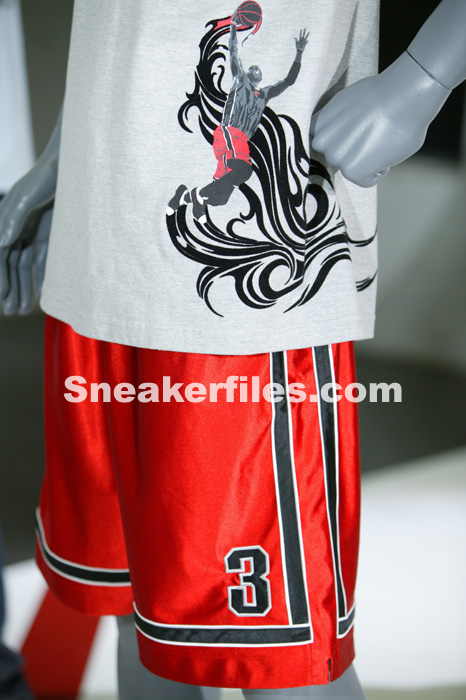 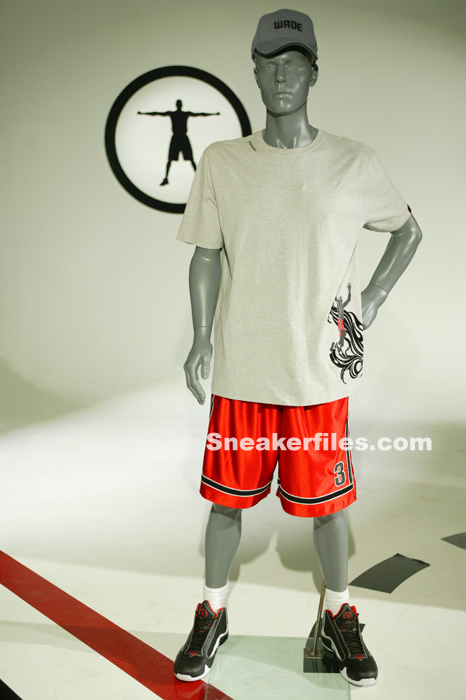 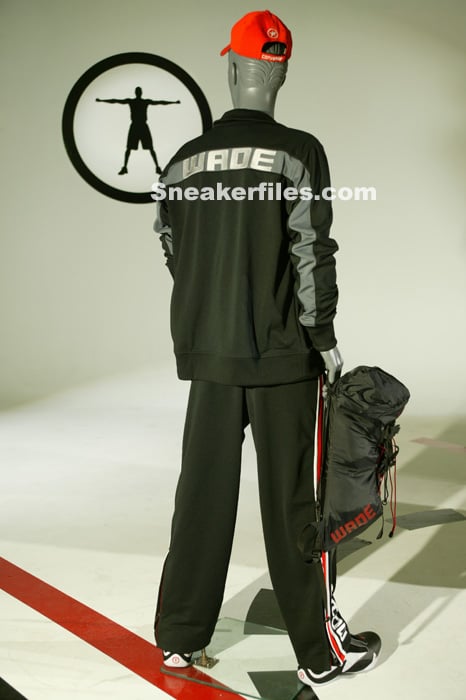 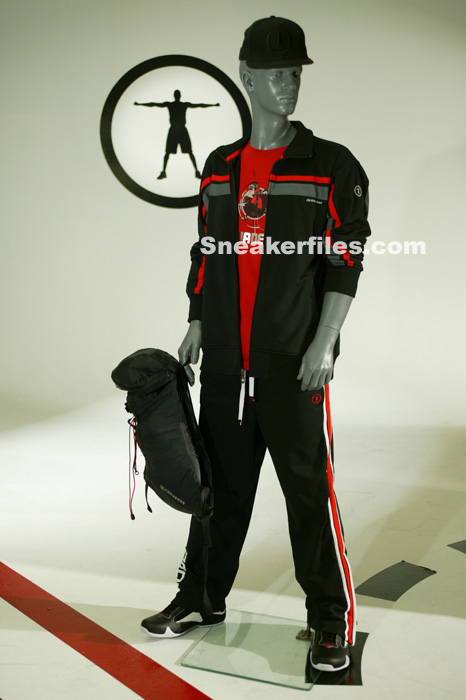 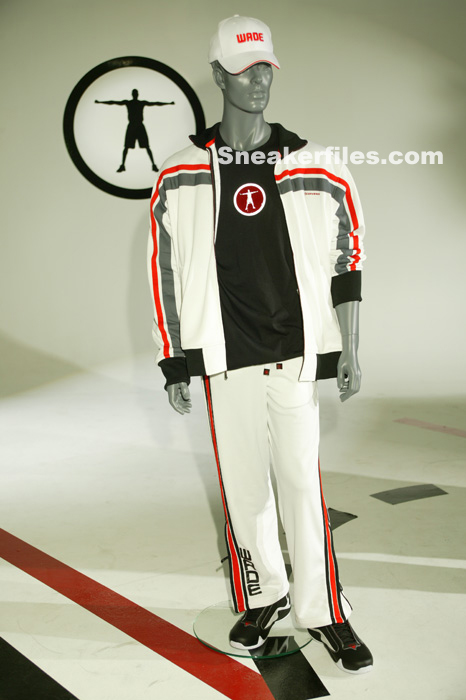 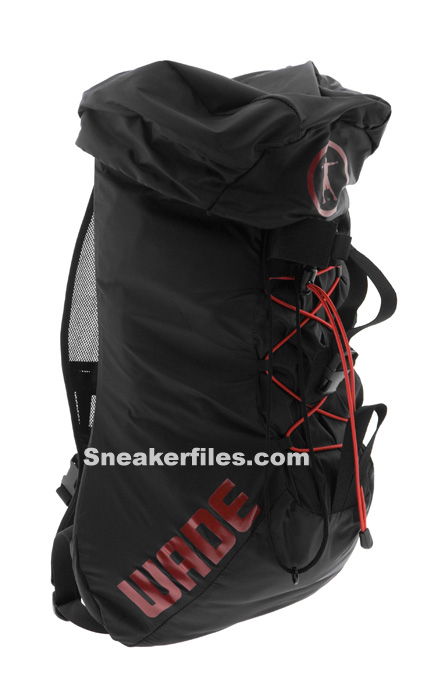 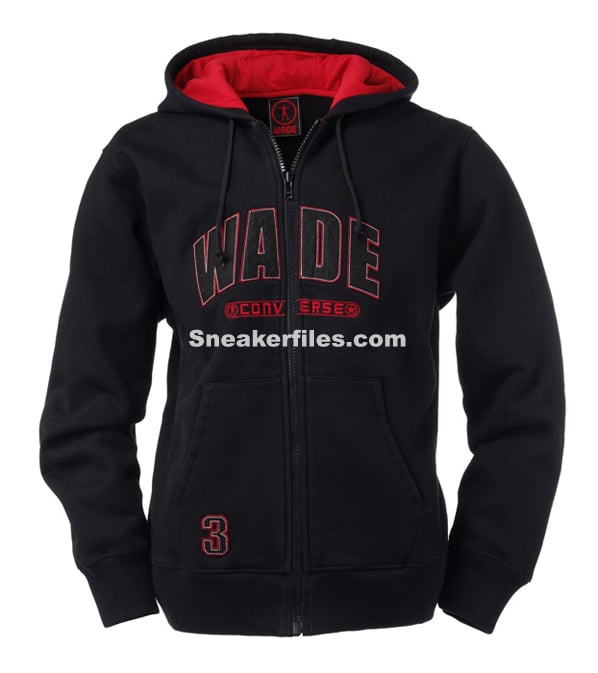 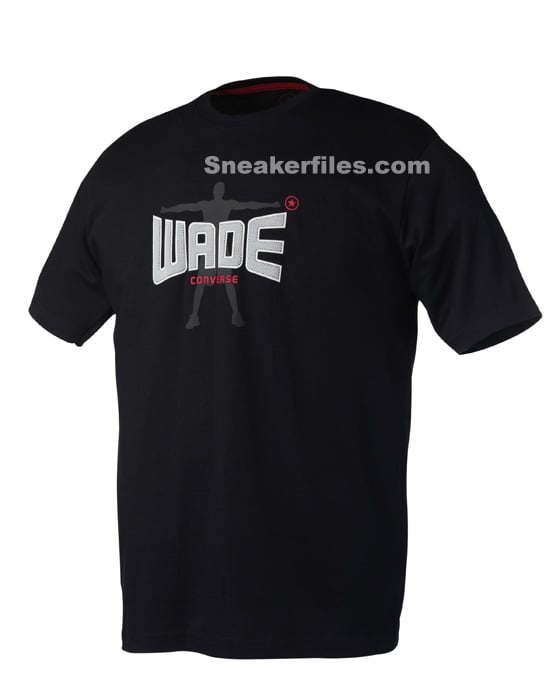 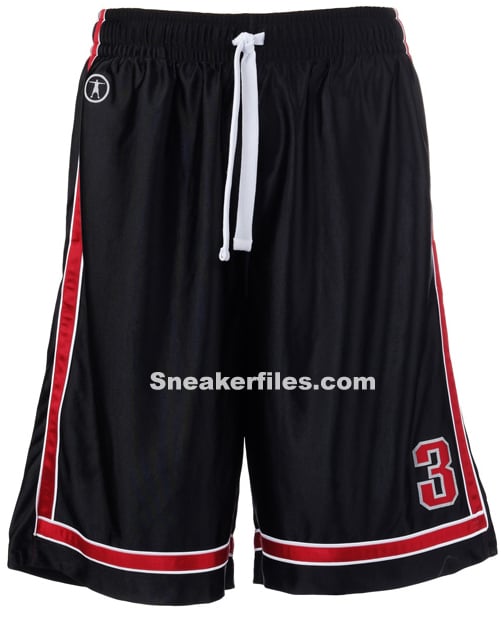 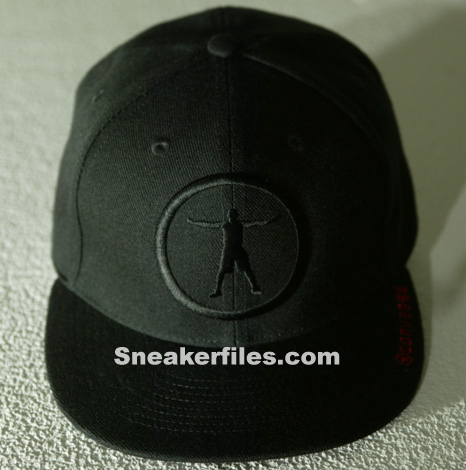 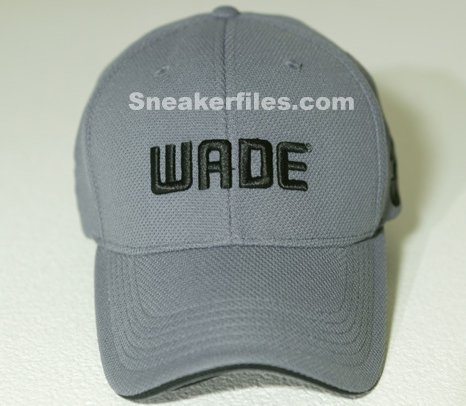 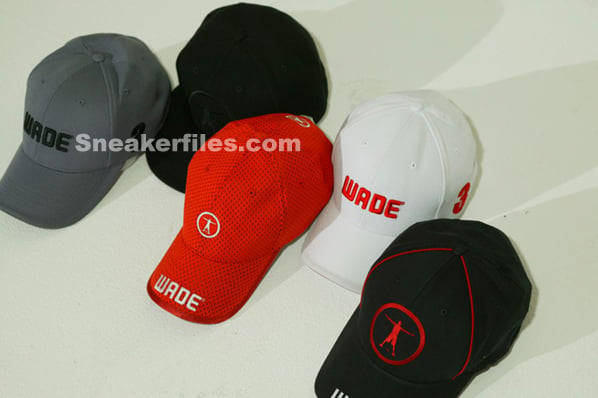 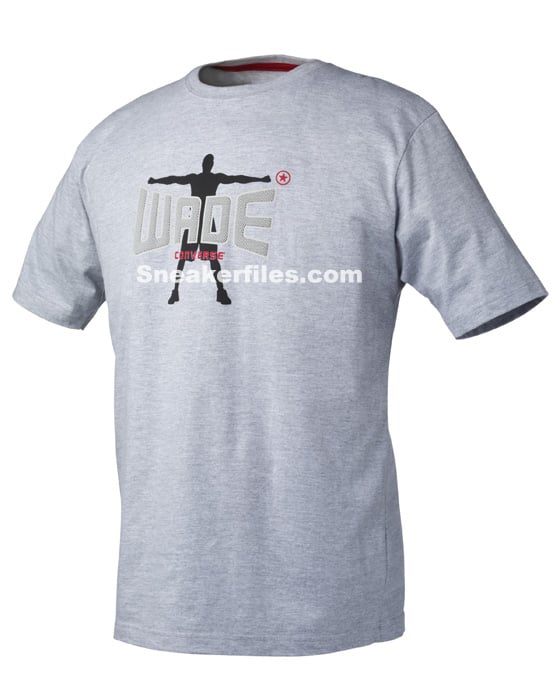 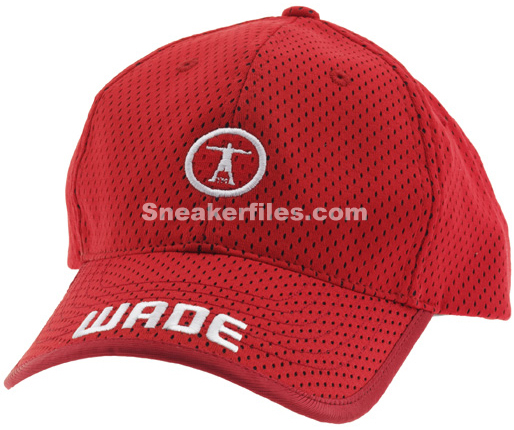 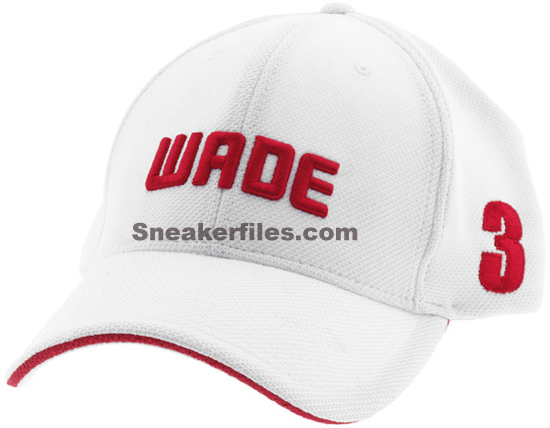 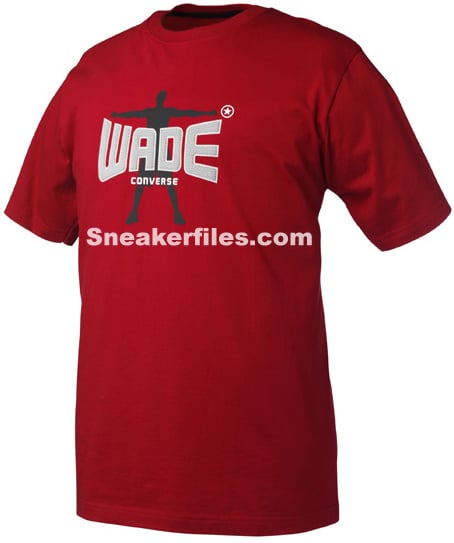 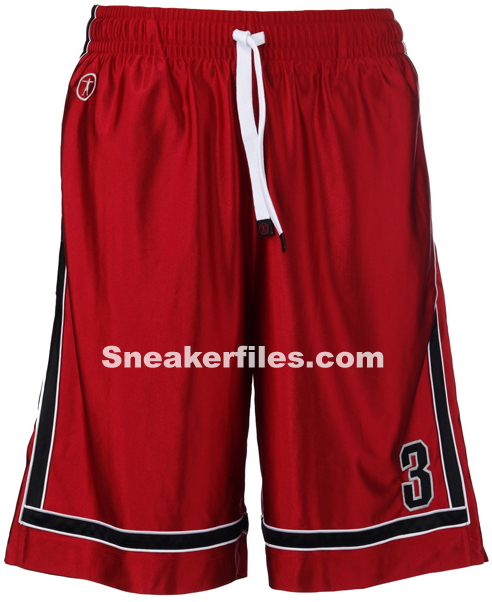 NORTH ANDOVER, MASS (February 16, 2007) – NBA All-Star Dwyane Wade can polish his 2006 Finals MVP trophy or look at his Converse signature shoes to remind himself of how far he’s come. Now his clothes can remind him as well. At the NBA All-Star Game in Las Vegas, Converse will unveil Wade’s newest signature shoe, the WADE 2.0, along with the first-ever athletic clothing line designed for Wade. This product launch marks the first time Wade will wear head-to-toe Converse gear all bearing his name.

“It’s a great honor to be a part of the first apparel line Converse has developed for a professional athlete, especially when you consider the athletes the company has worked with in the past,” said Wade. “I worked closely with the Converse design team so the entire line and the WADE 2.0 signature shoe are truly a reflection of me and my style.”

The WADE 2.0 signature shoe reflects the duality of Wade’s game with a “Rose and Thorn” design inspiration – his fierceness on the court meets the beauty of his game. “Watching Dwyane’s game, I would describe it as ‘gracefully aggressive.’ His game is definitely beautiful, but there’s an element about it that wants to dominate his opponent and protect his team, much like a thorn protects the rose,” said Duane Lawrence, Converse Designer. “In the WADE 2.0, that inspiration translates into flowing lines, interrupted unexpectedly by sharper shapes which are strategically placed to protect his feet and help improve performance.”

The WADE 2.0 is made of a combination of non–stretch, durable synthetic leather and soft nubuck. The molded overlay rand increases lateral stability and an enhanced dual density sockliner create optimal comfort. The collar has two strategically placed pods with softer density foam to enhance fit and comfort around the ankle. Design elements relating to Wade include a perforated pattern on the medial side of the shoe that has an embossed “Z” for his son, Zaire. The upper and outsole both have a repeating “W” pattern inspired by Wade and the Thorn. Finally, there is a leather patch behind the tongue featuring Dwyane Wade’s signature.

The Converse WADE 2.0 will roll out in various colorways through May 2007. It will retail for MSRP at $100 at Footlocker, Finish Line, Footaction, Champs, select independent retailers and online at www.converse.com. The shoe’s two launch colorways include an NBA All-Star 2007 colorway in a white/navy/crimson and a black/white/red colorway.

“Dwyane Wade is a world renowned premier athlete. This product is thoughtful, innovative and intended to break the old paradigm of ‘athletic-inspired’ product being offered at retail today,” said Dave McTague, President of Apparel at Converse. “We have respectfully created a full lifestyle collection that proudly represents both Dwyane’s and Converse’s core values. We are excited to bring this exceptional product and value to both our highly discerning consumers and retail partners. We want to exceed our customers’ expectations, just as Dwyane exceeds fans’ expectations on the court.”

The WADE apparel line hits stores on March 3, 2007 and will be available at Finish Line, Foot Locker, Champs and select independent retailers. Price ranges include T-shirts for $25-$35, performance shorts for $45-$60; fleece jackets for $85, backpacks at $55; and hats for $25.