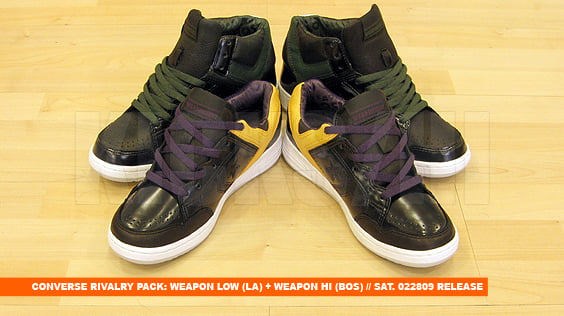 Here’s a look at a limited edition Converse Rivalry Pack, releasing this Saturday at KICKS/HI, created by Converse to commemorate the legendary ’80s rivalry between the Boston Celtics and the Los Angeles Lakers, and specifically between the teams’ respective stars Larry Bird and Magic Johnson, who were both of the Converse camp. Both pairs in the pack are composed of predominantly black uppers and white midsoles; the low pair features Lakers’ colorways, while the high pair exhibits the Celtics’ iconic white and green. 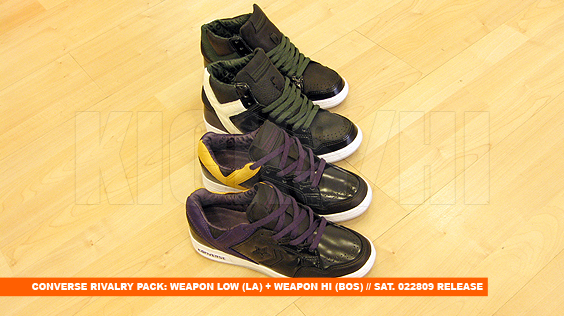 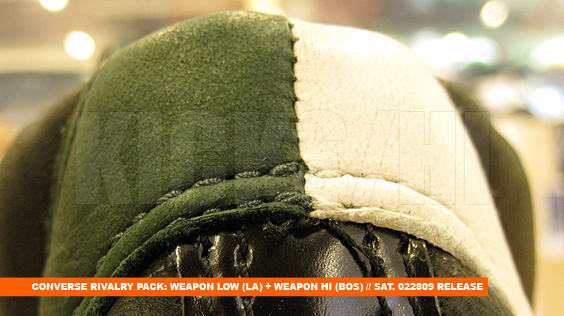 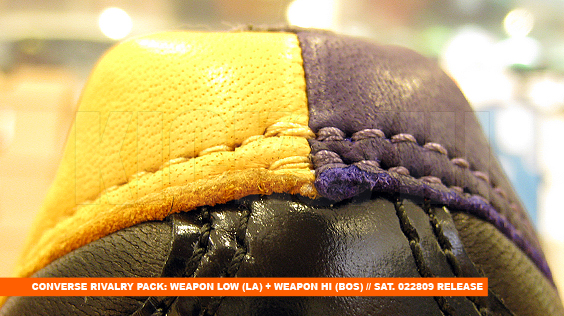 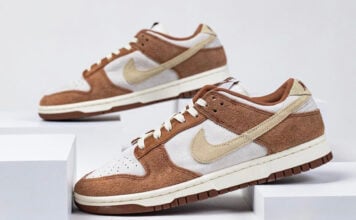