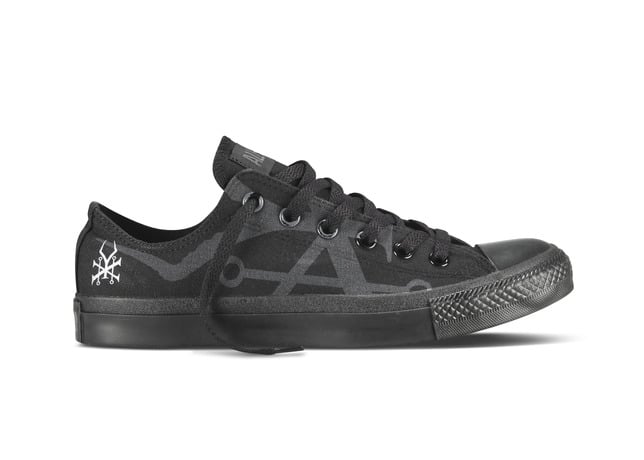 As today marks the release of Soundgarden’s latest album, Converse has teamed up with the grunge mainstays for a limited edition take on the low-top Chuck Taylor All Star.

Converse announces a limited edition, exclusive collaboration with legendary alternative band Soundgarden in celebration of the band’s highly anticipated new album “King Animal” releasing on November 13, 2012. The limited edition Soundgarden Chuck Taylor All Star sneaker will be available exclusively at Converse’s Santa Monica store at Third Street Promenade and at www.converse.com and will coincide with the band’s first release in over 15 years.