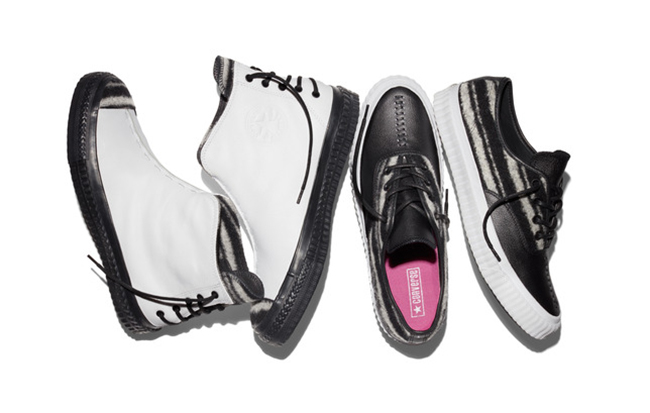 To commemorate the 40th anniversary of Punk Rock, Converse celebrates the underground music scene of the 1970s with a full range of alternative footwear for men and women.

Taking ques from an era defined by rebellion and mixing it with an unmistakable Converse attitude, an edgy, loud look that redefines the norm and celebrates individual freedom is born.

Converse goes against the grain with the iconic Chuck Taylor All Star ’70 high top, flipping the classic construction from front to back in an act of creative subversion. The unique design features a rear-seamed white leather upper with the tongue and waxed black leather lacing on the heel.

The Punk Pack – for women only – features misfit-like details adopted into the Chuck Taylor All Star high top silhouette, including gold studded hardware across the upper. The sneakers are available in monochrome black and white leather, and finished with star-shaped studs across the tongue, inspired by punk’s resistance to mainstream music.

The Converse Chuck Taylor All Star Punk Collections will be available beginning on Friday, February 12 at Converse stores, online at Converse.com and at specialty retailers for a suggested retail price of $120-130 USD. 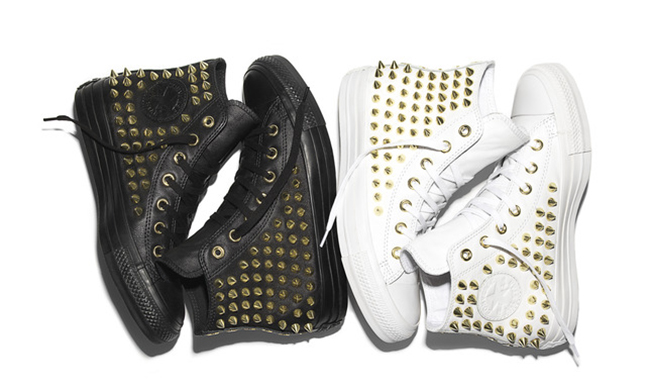 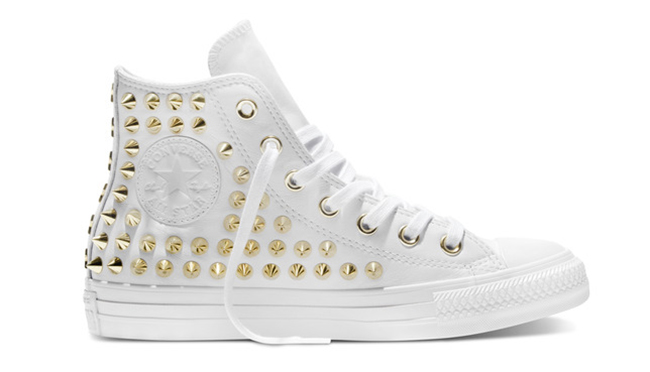 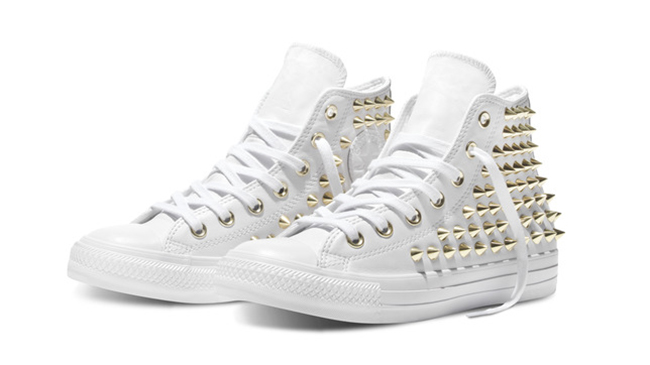 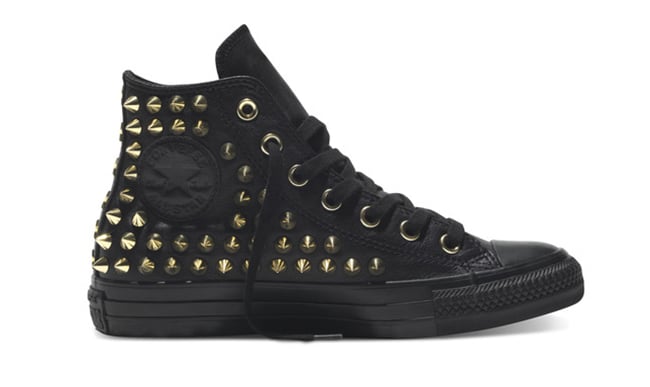 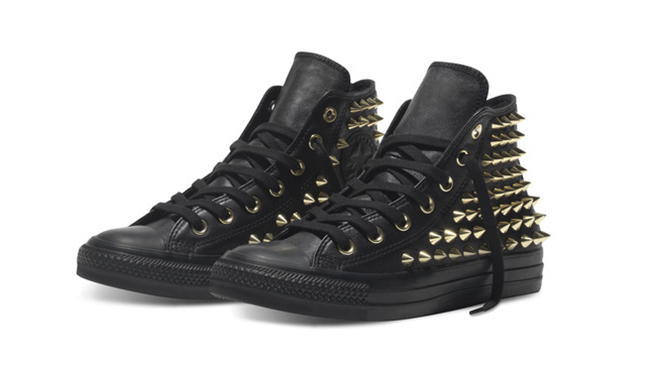