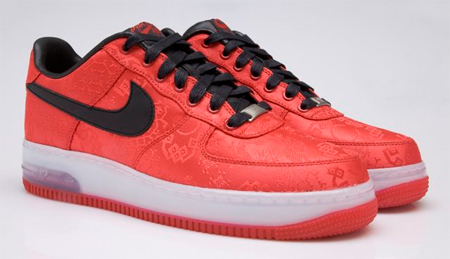 For the thirteenth sneaker in the Nike 1World Collection, Clot is chosen to design the most recent Air Force 1 creation from the growing series. Clot’s main inspiration derives from the upcoming Chinese New Year and “pays tribute to the themes of luck, happiness and prosperity — as represented by the color red — which prevail during traditional Chinese Lunar New Year celebrations.” The sneakers are constructed from Clot Royale Deluxe Silk with embroidered Clot graphics. Furthermore, the sockliner is modeled after traditional green and white paper.  However, the most interesting feature may be the customization factor. When the red upper is peeled, burned or torn off , it reveals a layer of dark brown leather. This feature was incorporated to inspire people to “search what lies within.” Lastly, the Clot x Nike 1World Air Force 1 will be packaged in a special Chinese Candy Box keeping the tradition alive in their release. The Clot Air Force 1 will release on January 16th, 2009 only at JUICE (Hong Kong) or ACU (China). Via Clot. 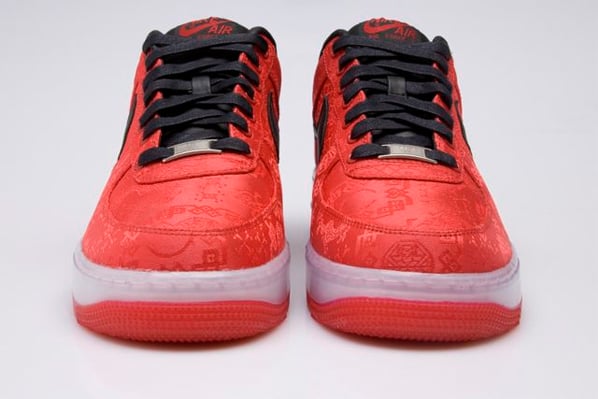 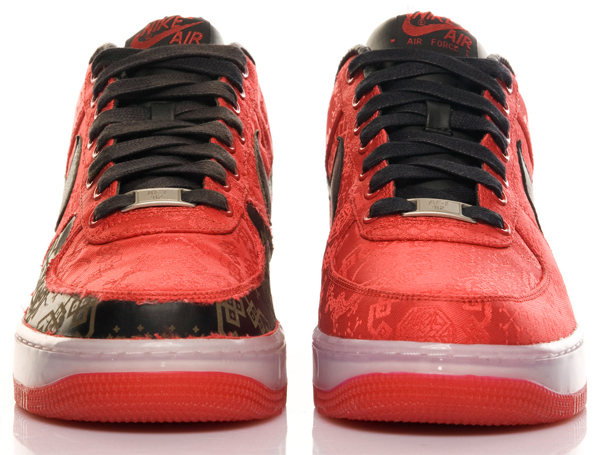 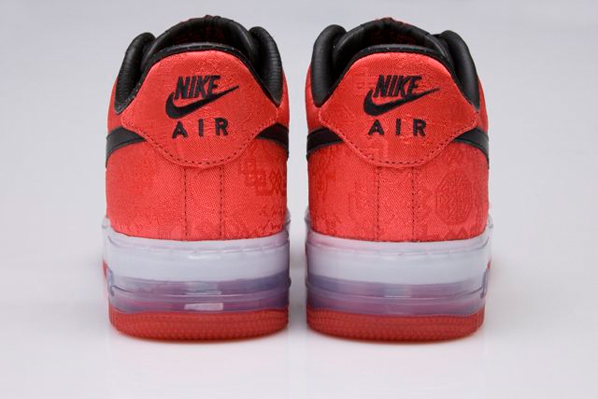