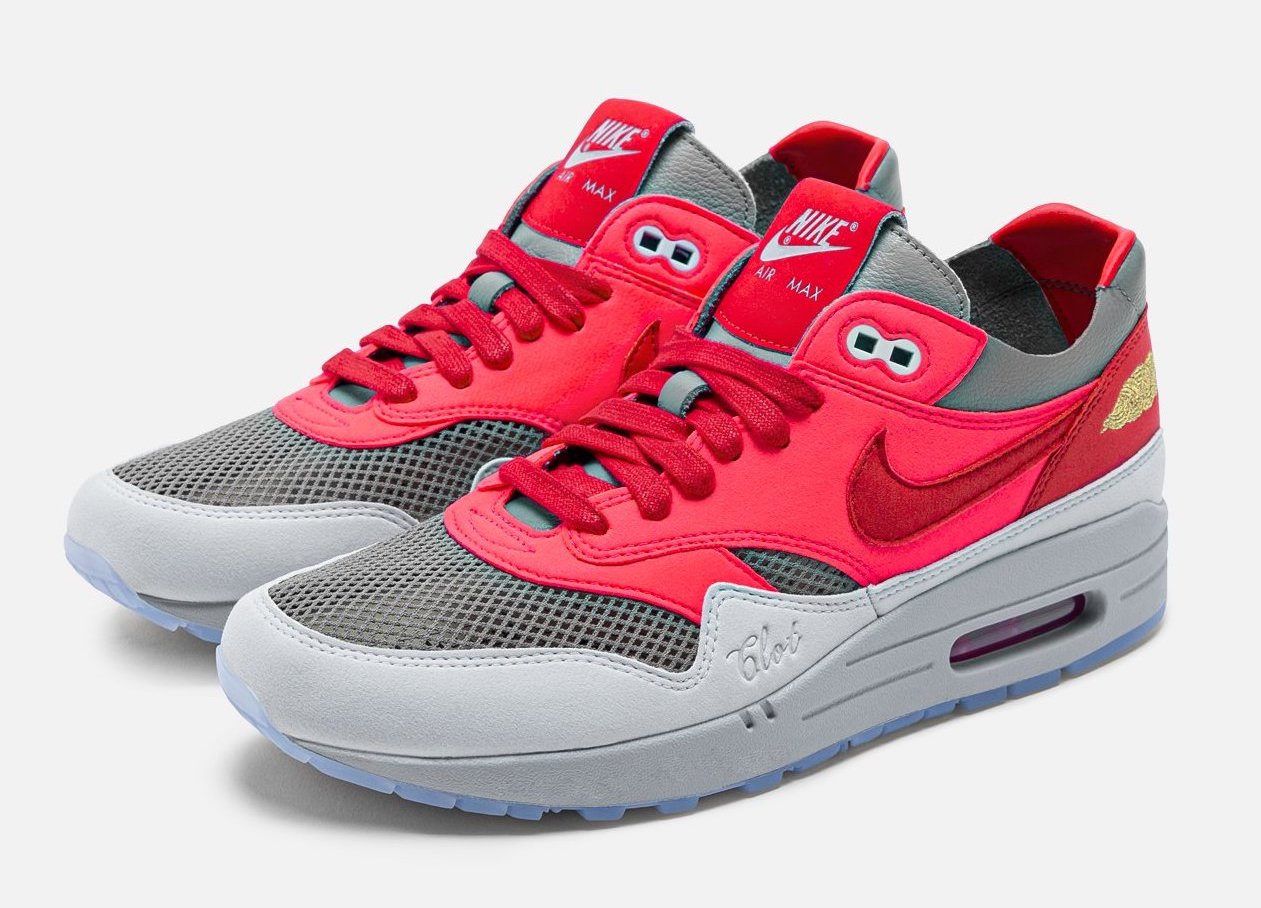 One of Edison Chen’s best sneaker collaborations with his brand CLOT was on the Air Max 1. Recognizing this, CLOT and Nike are back with another AM1 collaboration, this time the pair will come highlighted in ‘Solar Red.’

The two initially released their Air Max 1 collaboration in 2006 and we saw a re-release take place earlier this year. The two also launched the K.O.D. CHA in March.

Looking closer, this CLOT x Nike Air Max 1 comes with mesh across the toe box instead of the traditional transparent toe box. Also, instead of suede, we have premium leather throughout. Highlighted with Grey hues, Solar Red appears on the overlays, tongue labels, heel, laces, and within the Air unit. On the lateral forefoot, we have CLOT branding debossed, White on the midsole, and finishes the look is a translucent outsole with Chinese fonts.

You can expect the CLOT x Nike Air Max 1 ‘K.O.D. Solar Red’ to release exclusively at Juicestore.com on July 20th. The retail price is $150. As soon as we have more information, we will make sure to update you. For now, scroll below for more photos for a closer look.

The shoe takes inspiration from the extremely exclusive Air Max 1 “Kiss Of Death” in Pink that was designed for and worn by Kanye West during his “Touch The Sky” tour stop in Hong Kong in 2006, a show that was hosted by CLOT co-founders Edison Chen and Kevin Poon. Thought to be something of a legend or a myth, the world had only known of several pairs in existence. The shoe’s exclusivity was highlighted when Nike’s now-defunct NikeiD program offered the same color options for the Air Max 1, and CLOT fans began making the shoe as customization – forcing Nike to halt production of this specific color combination. 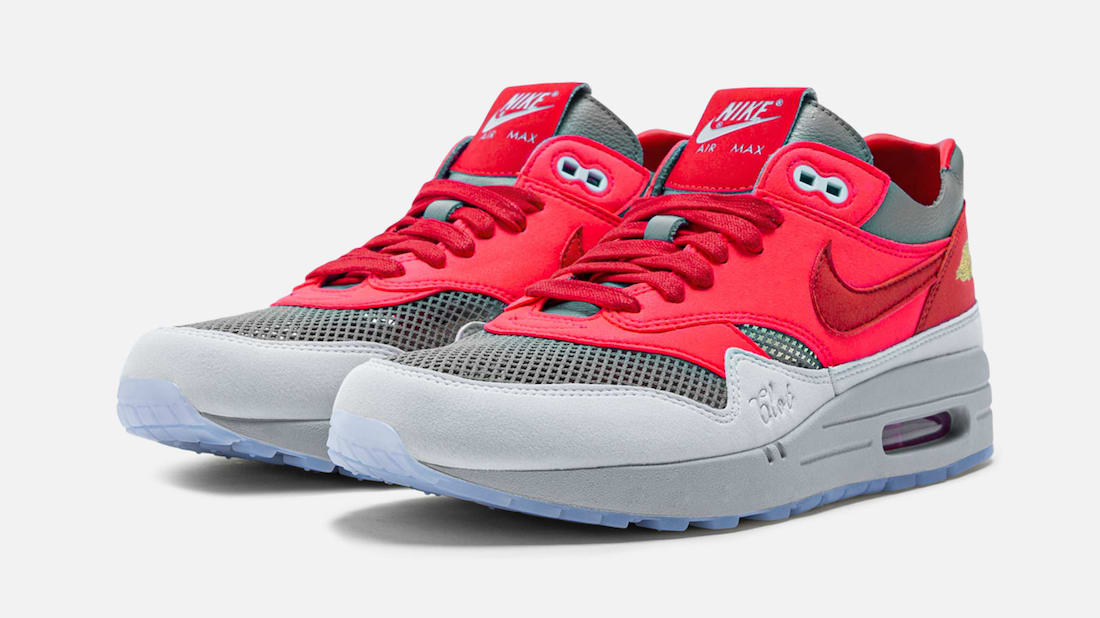 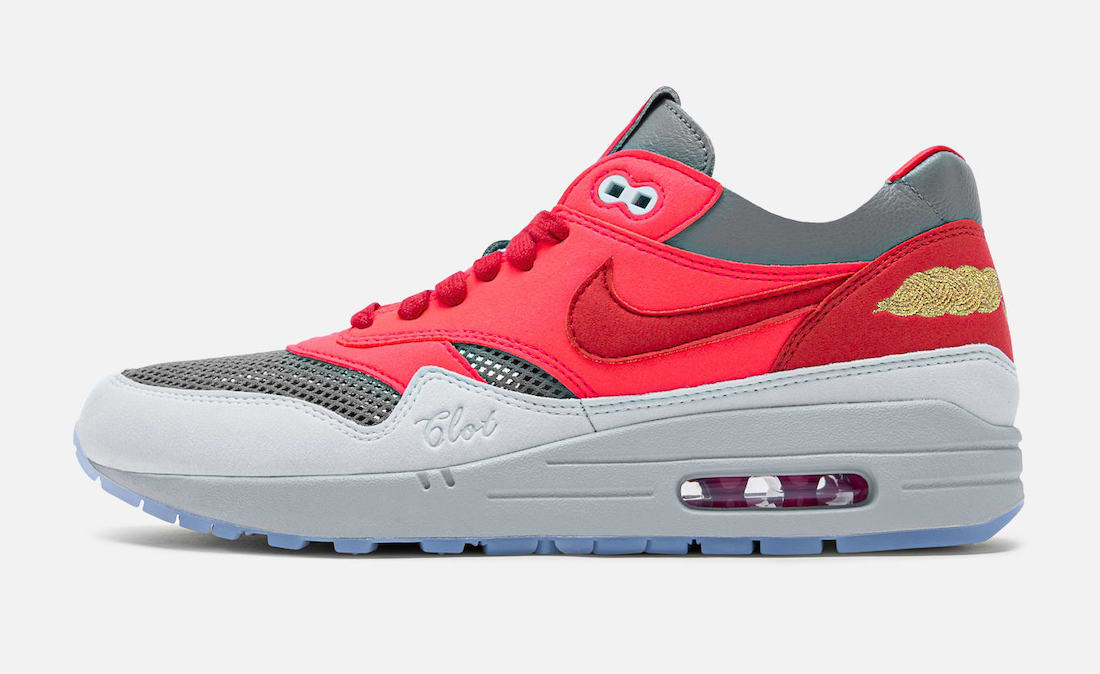 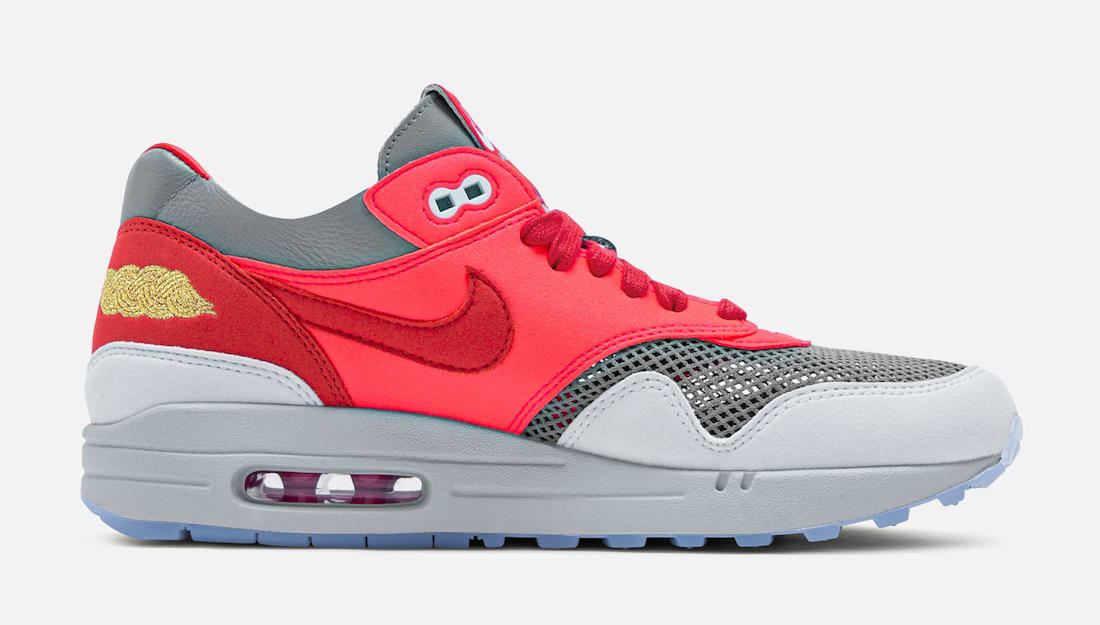 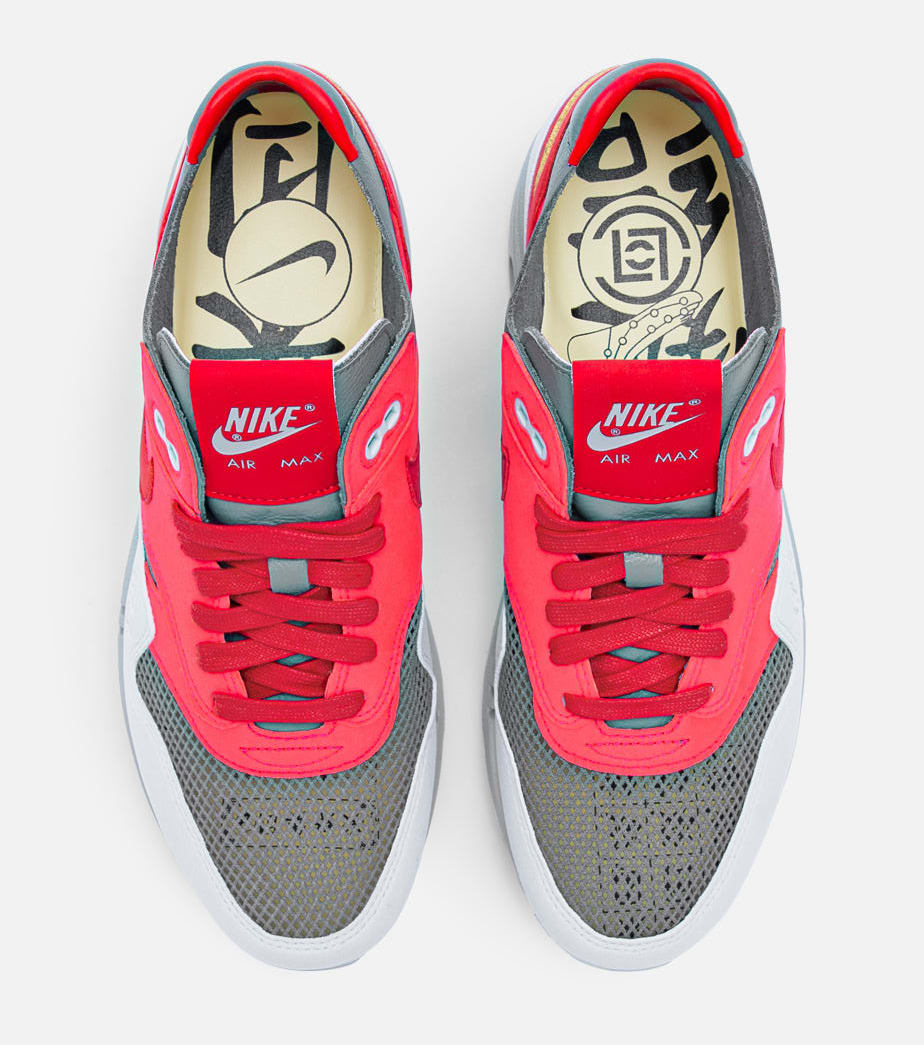 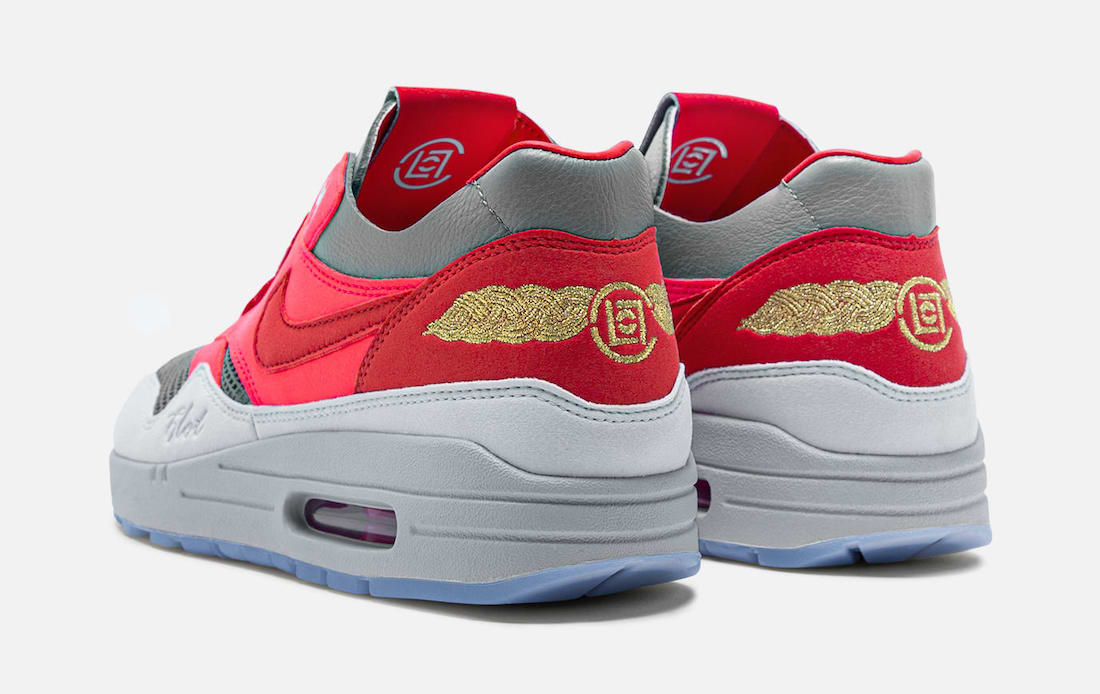 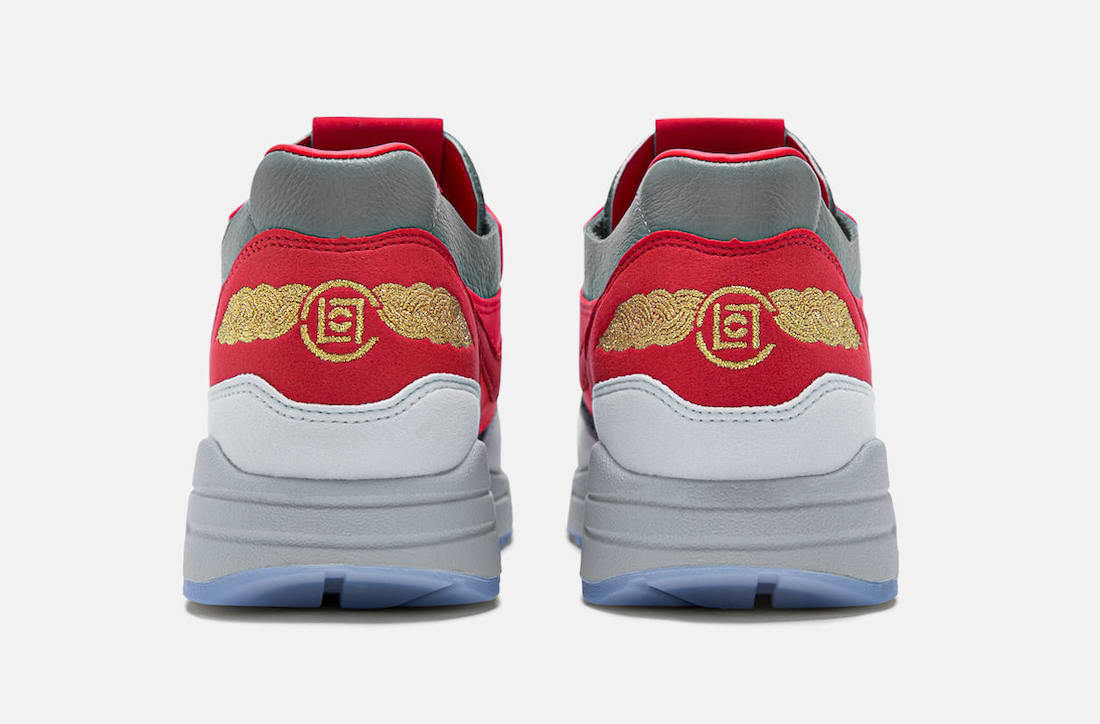 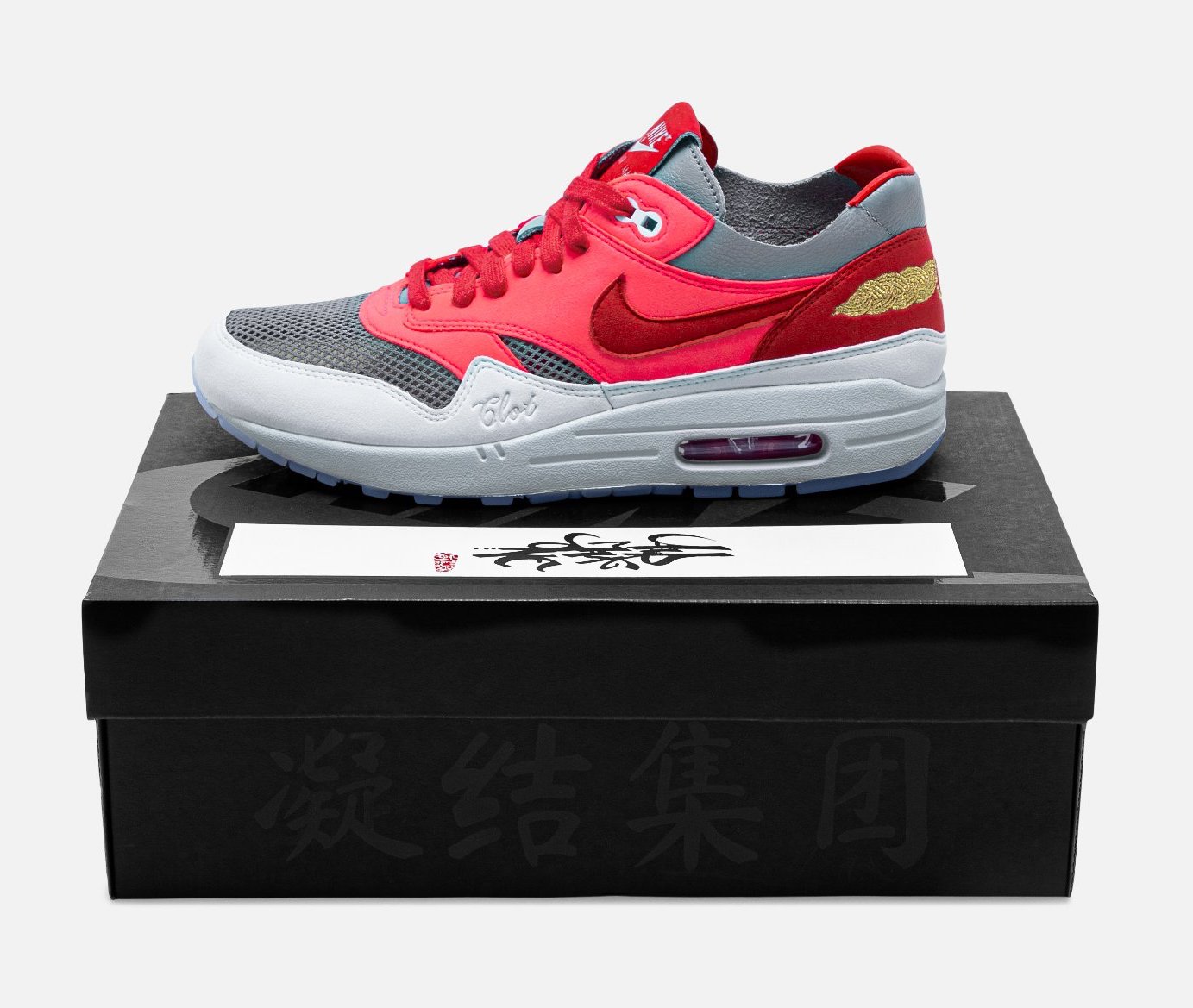 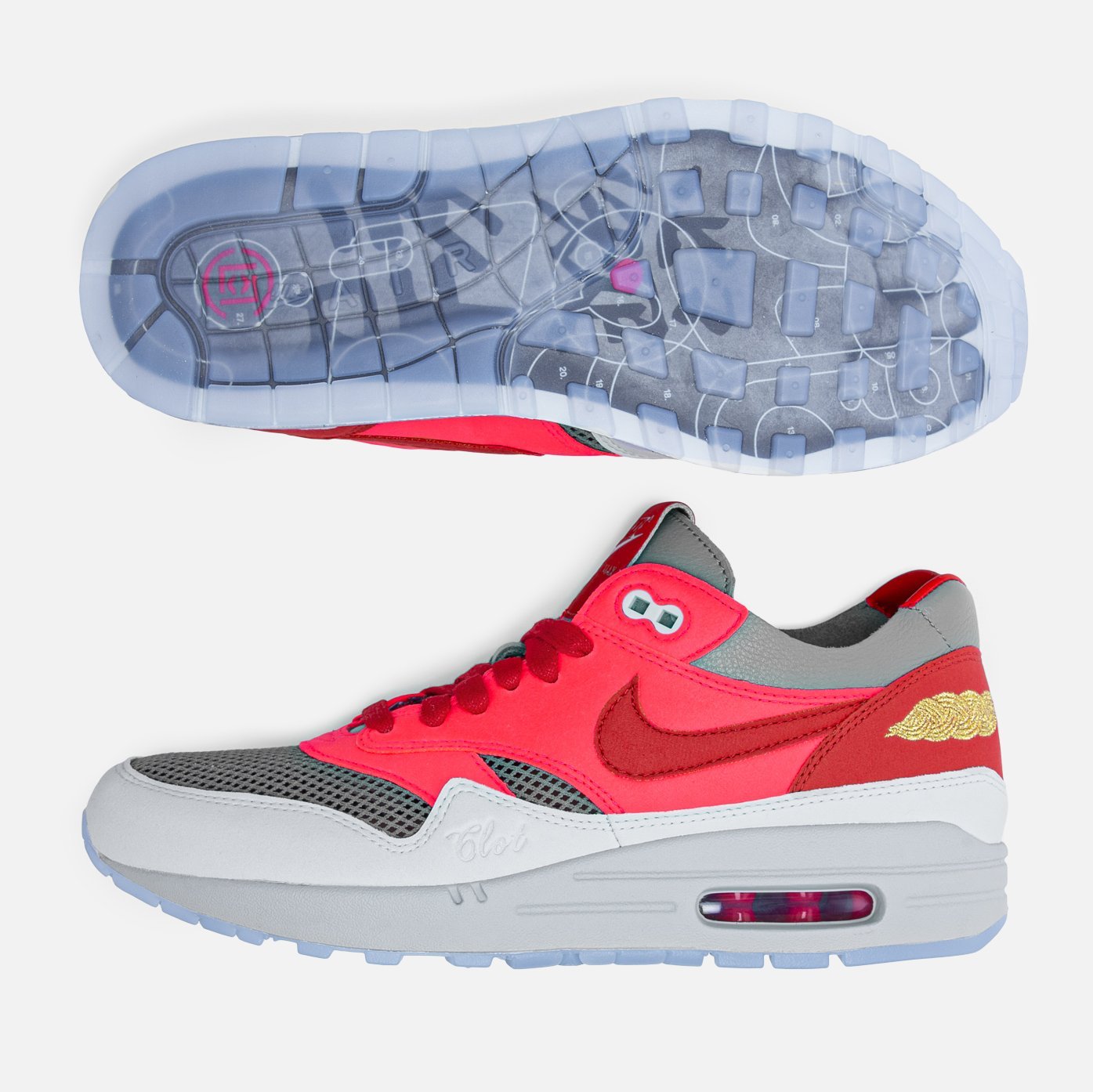 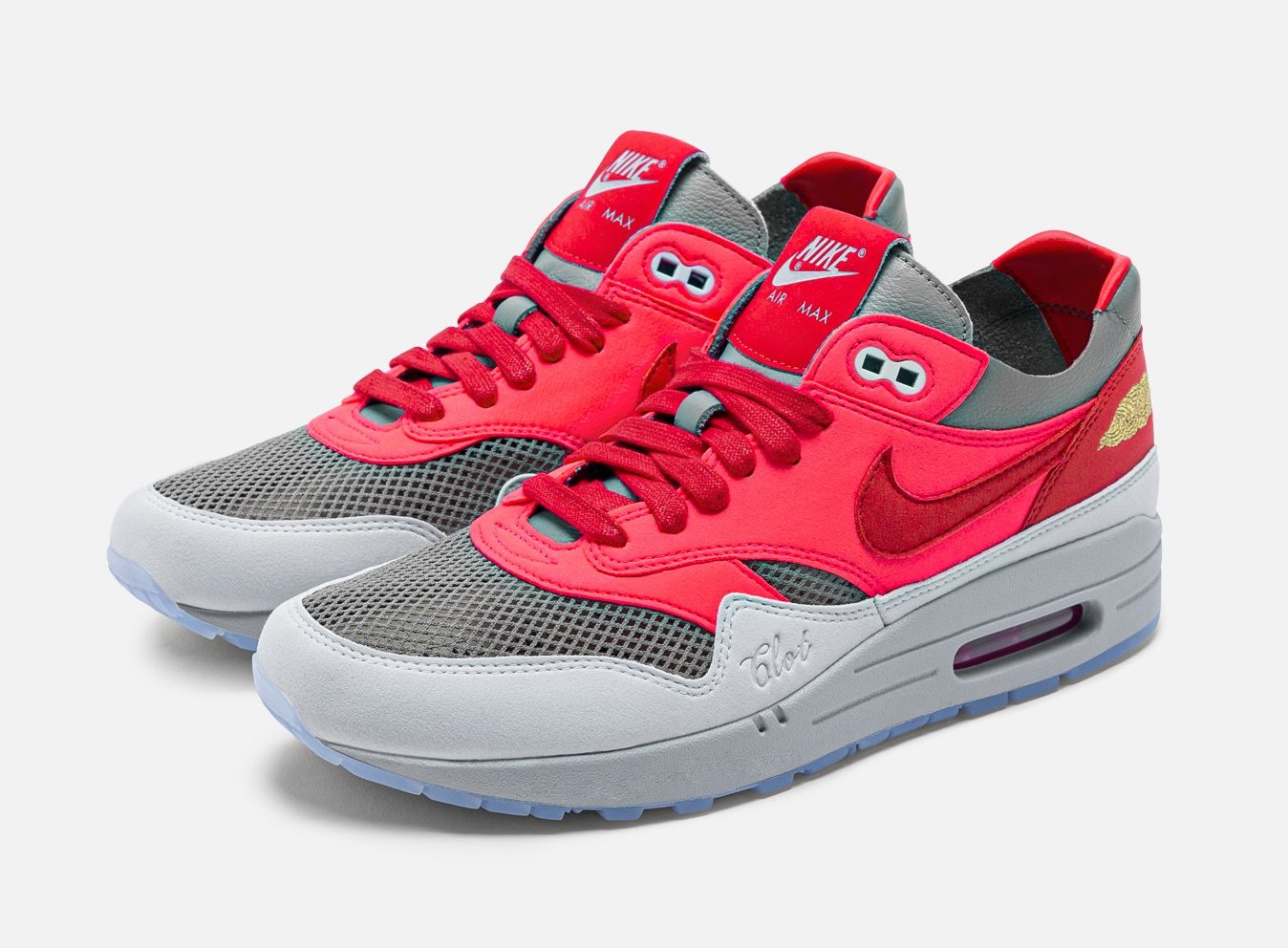 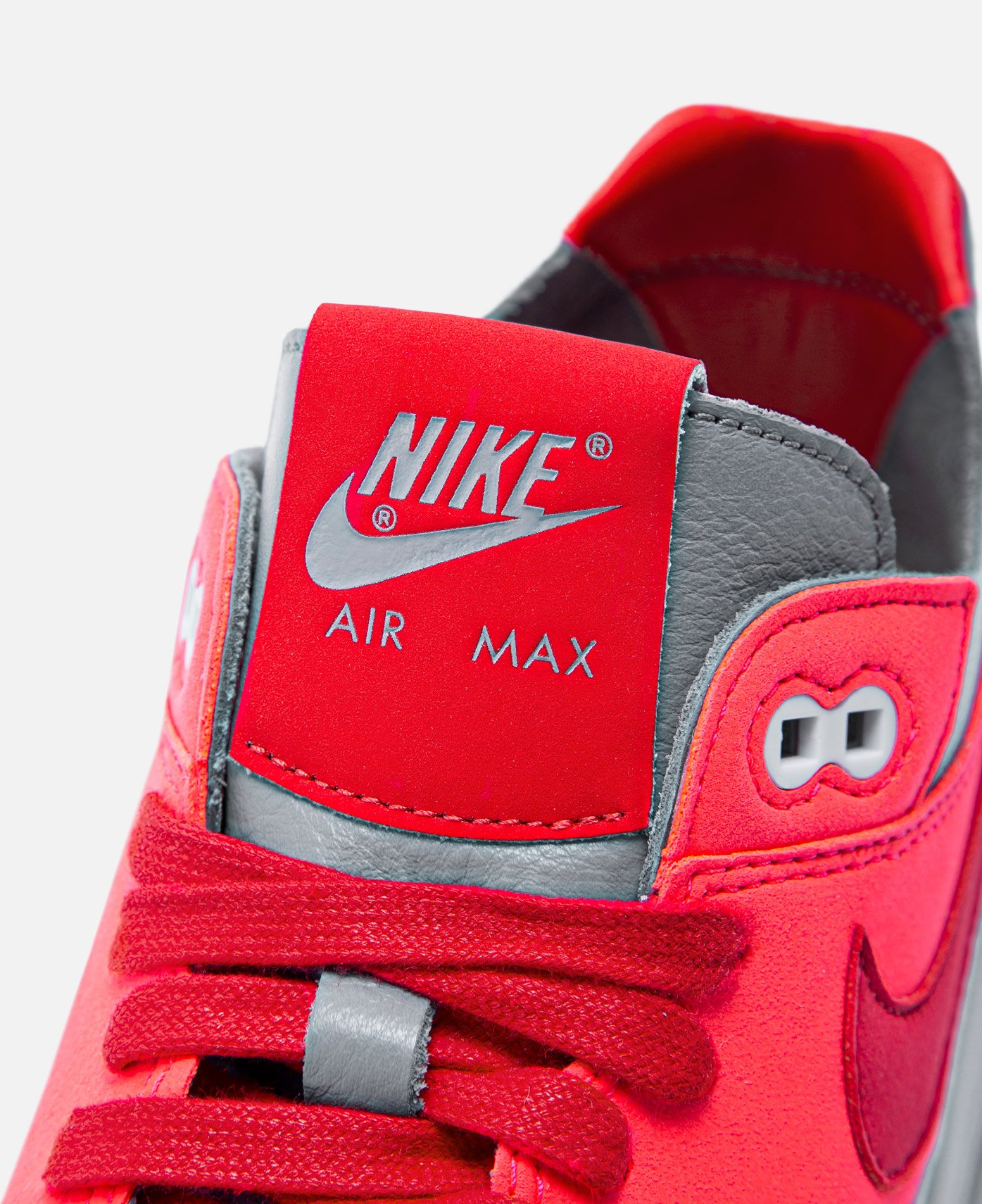 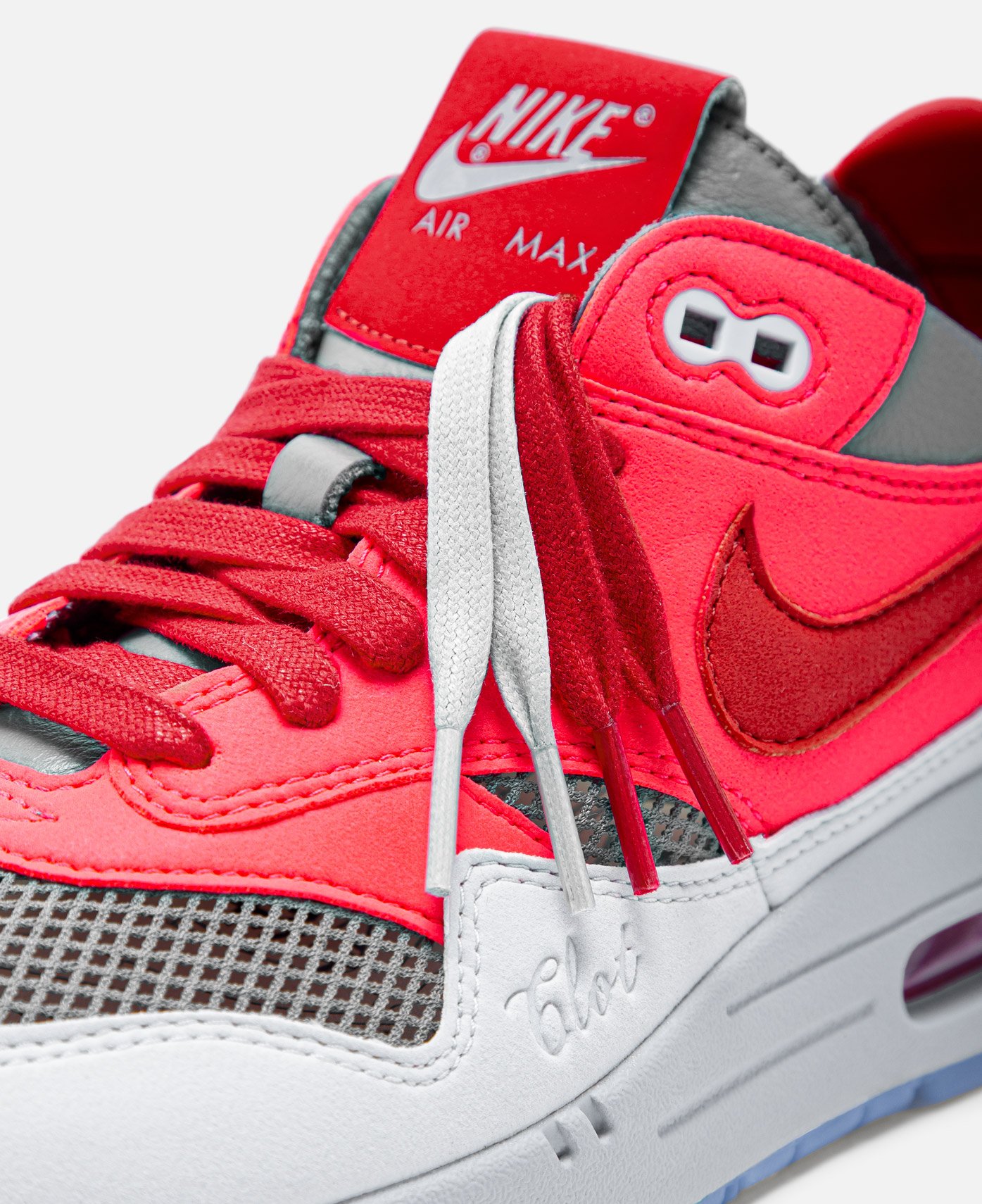 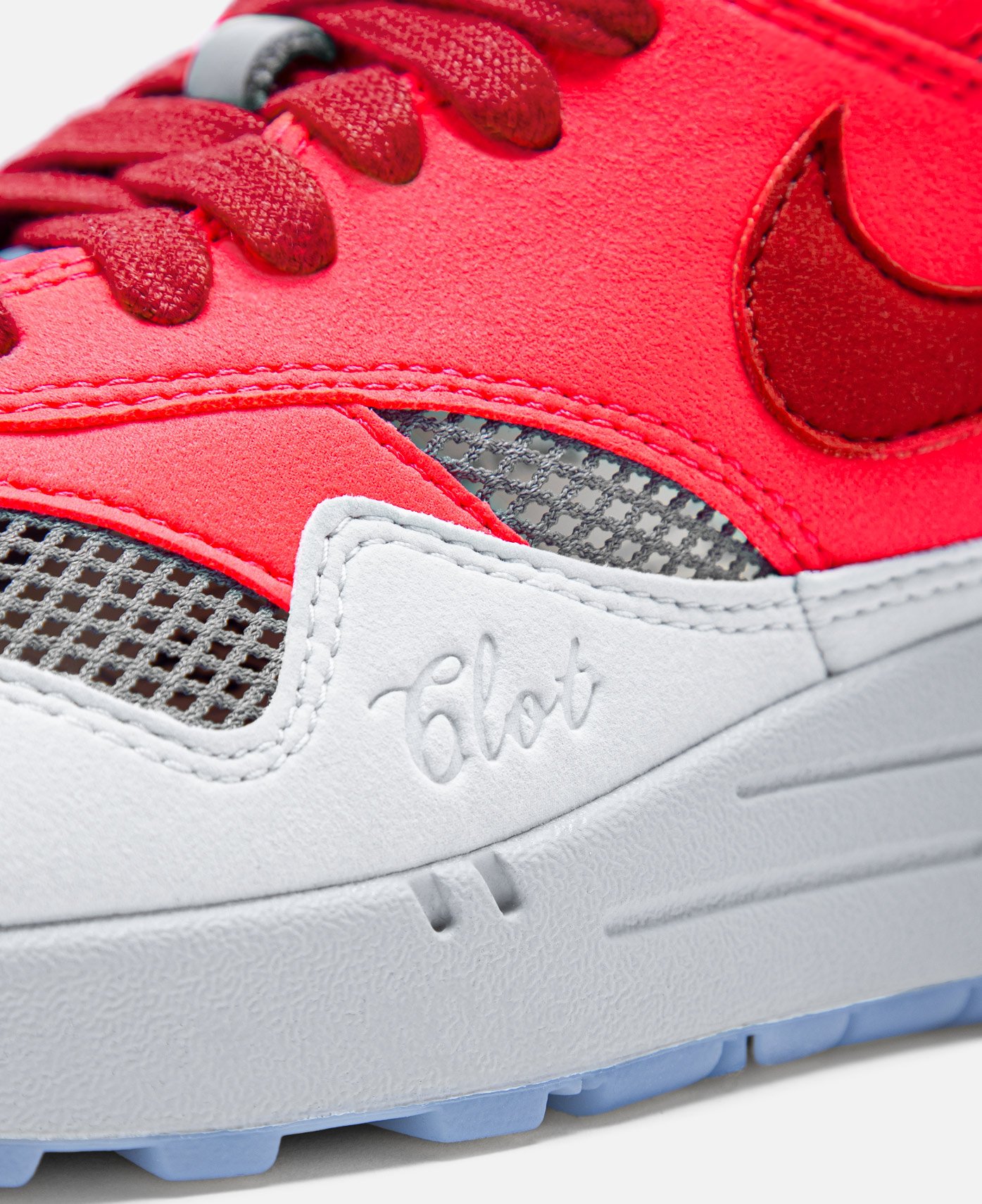 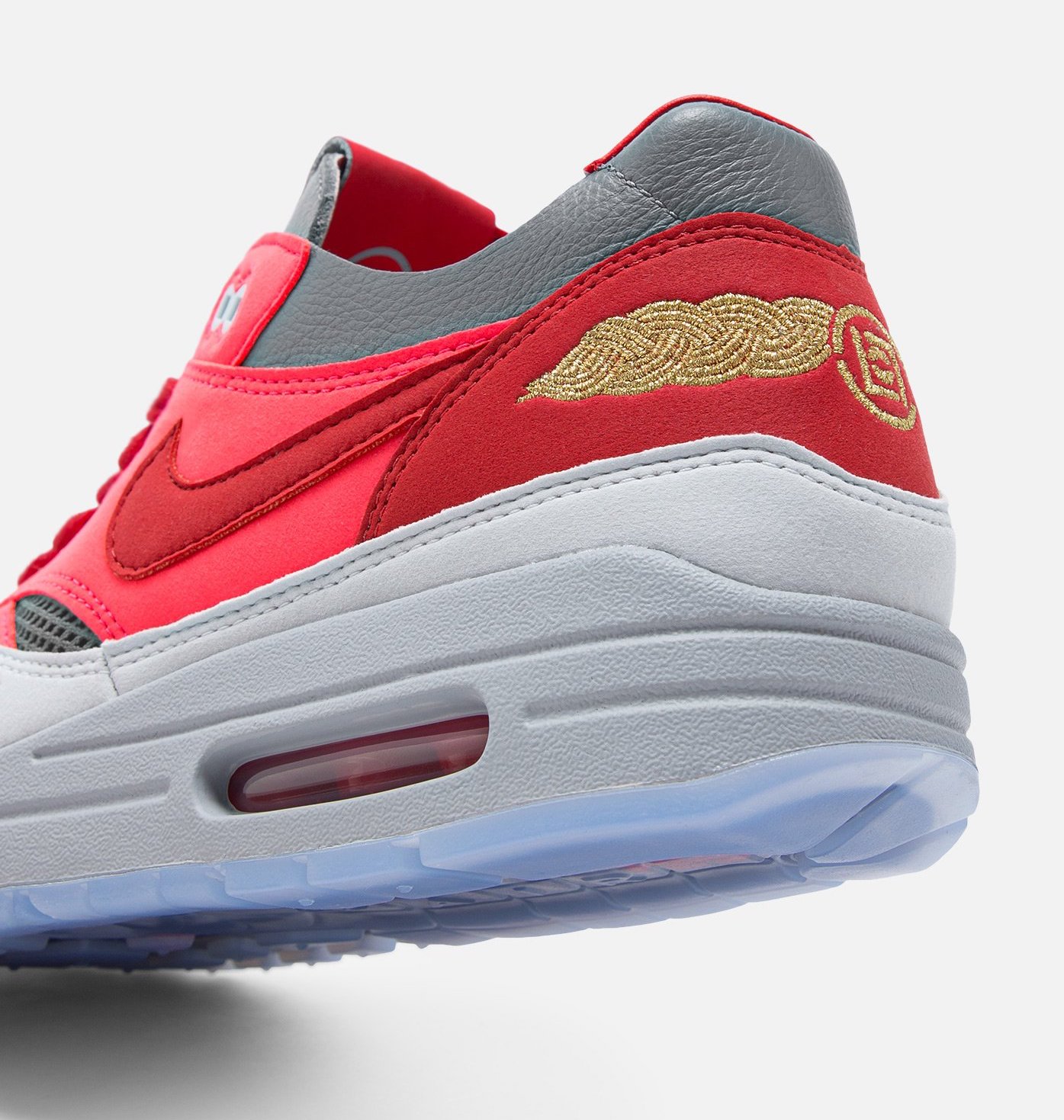 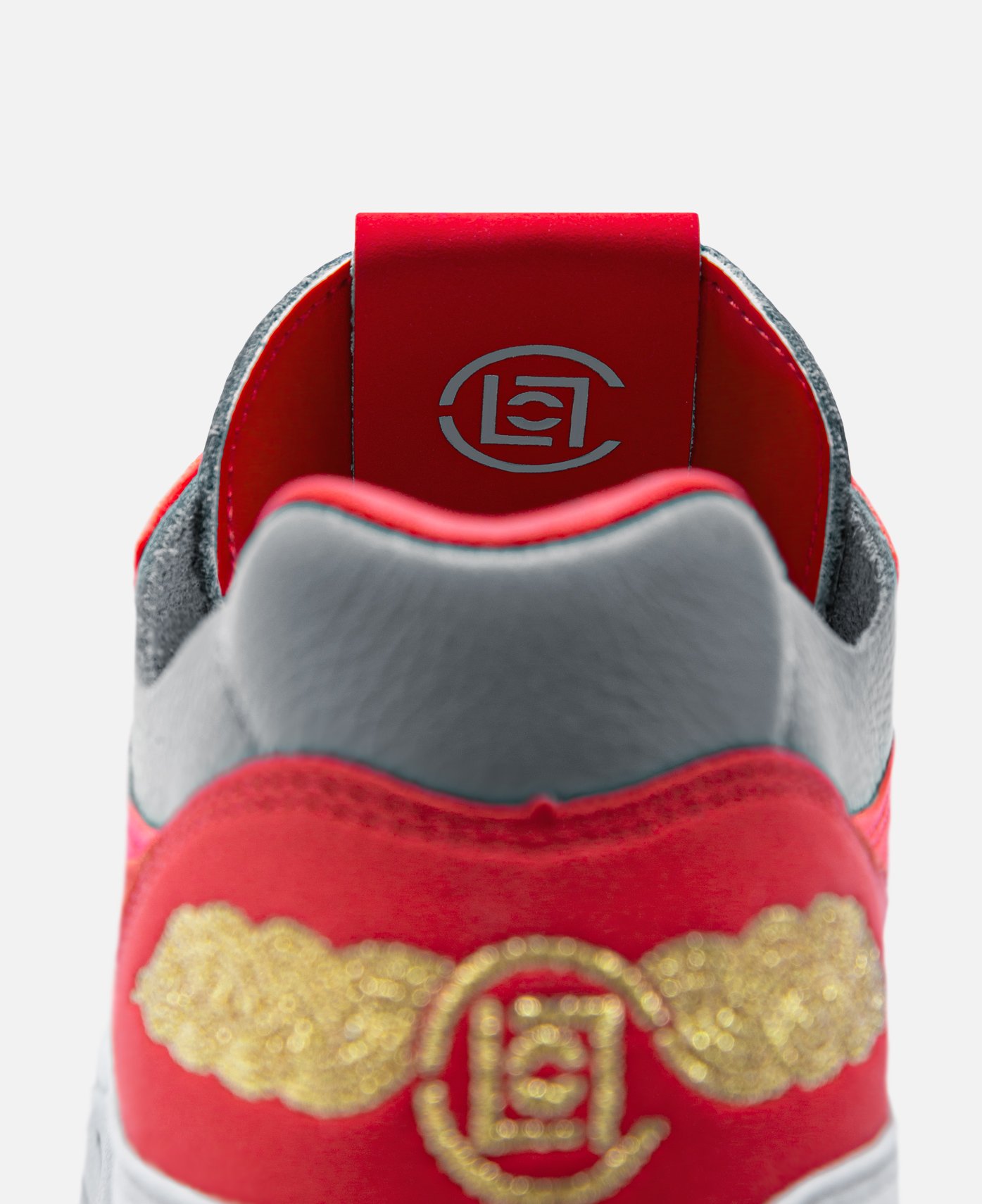 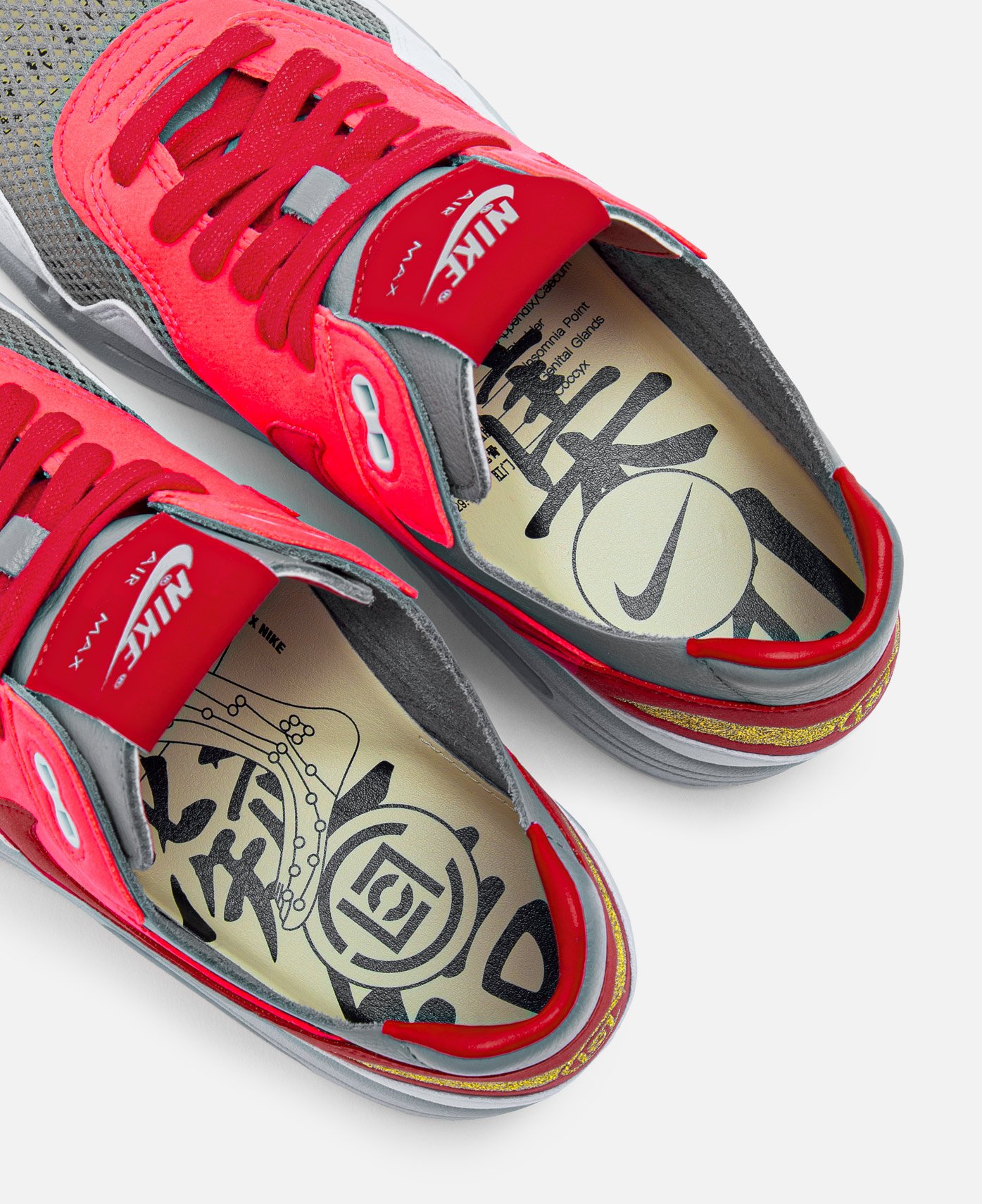 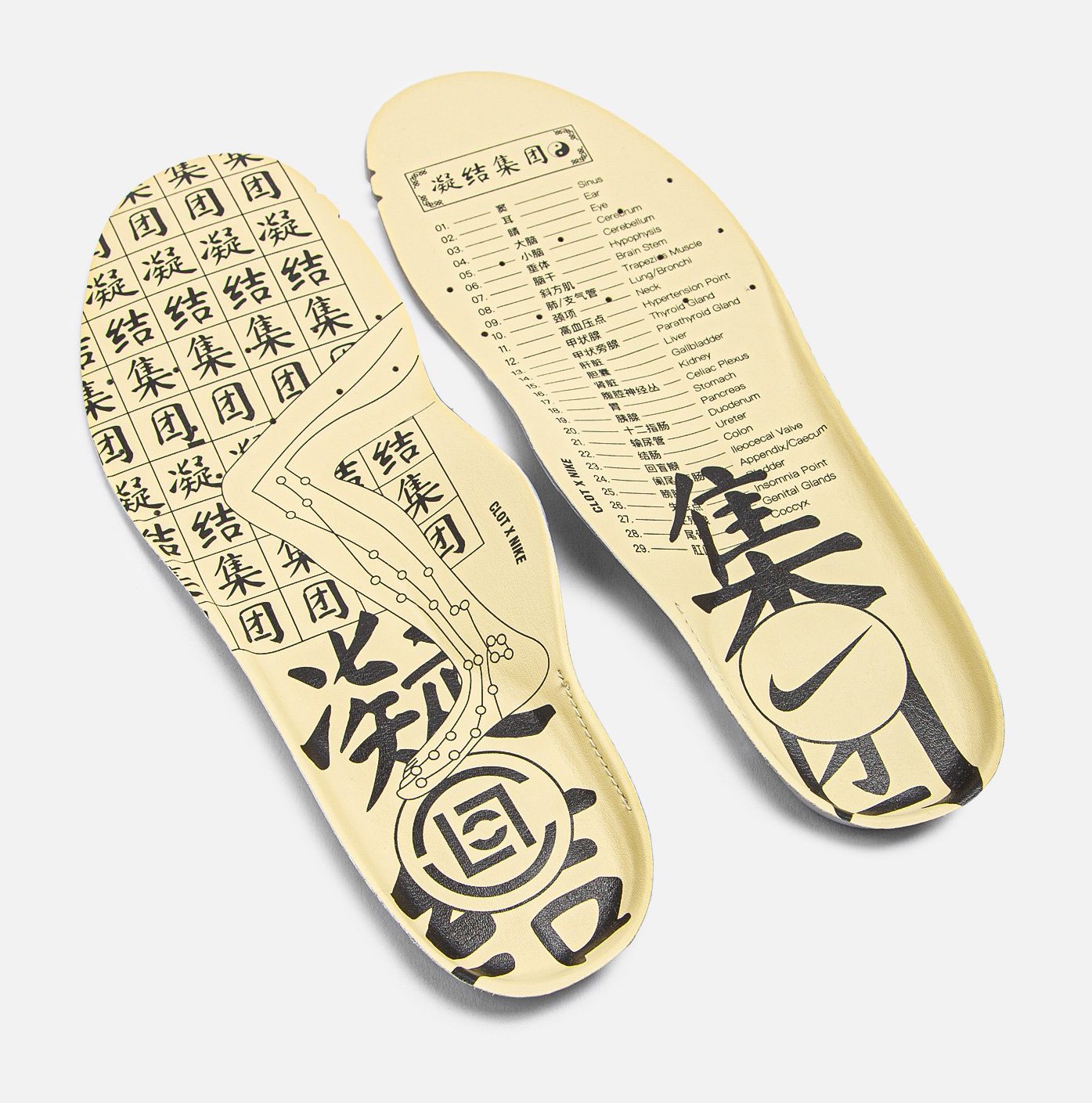 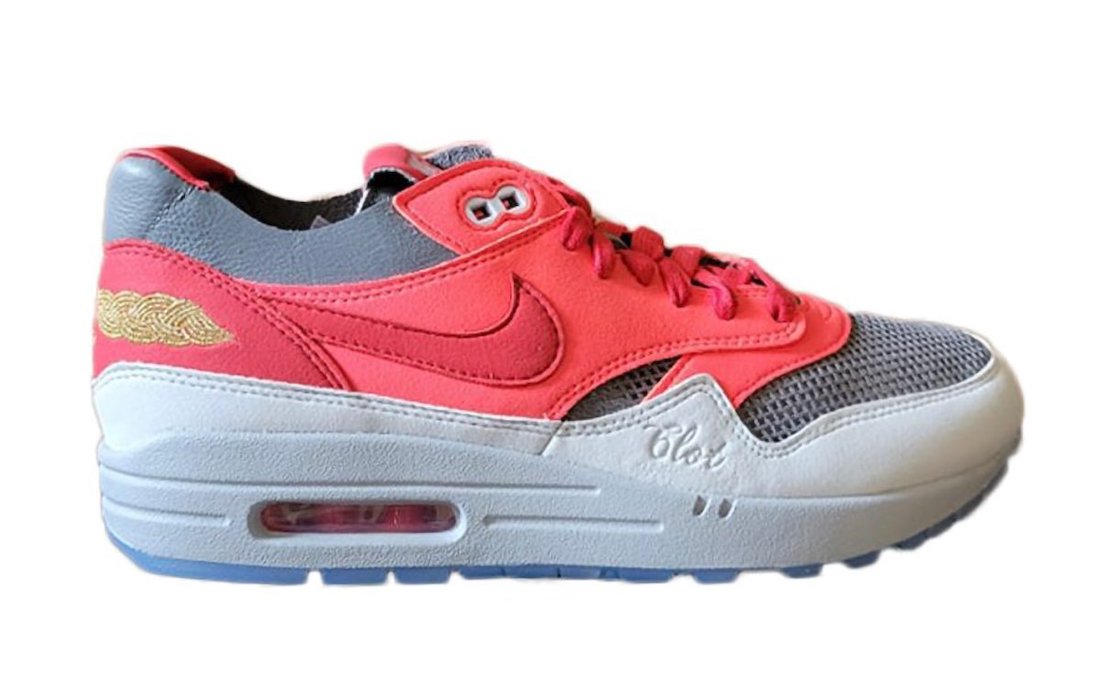 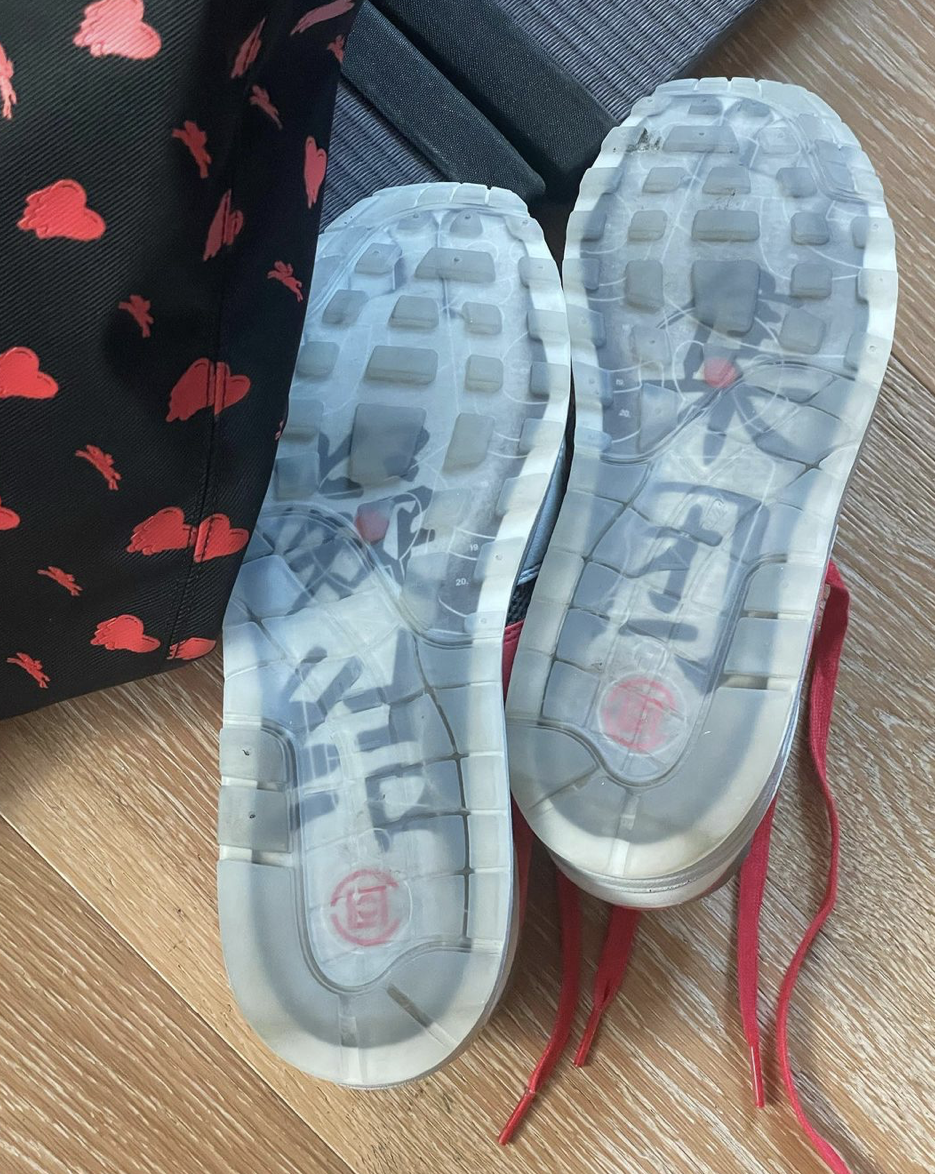