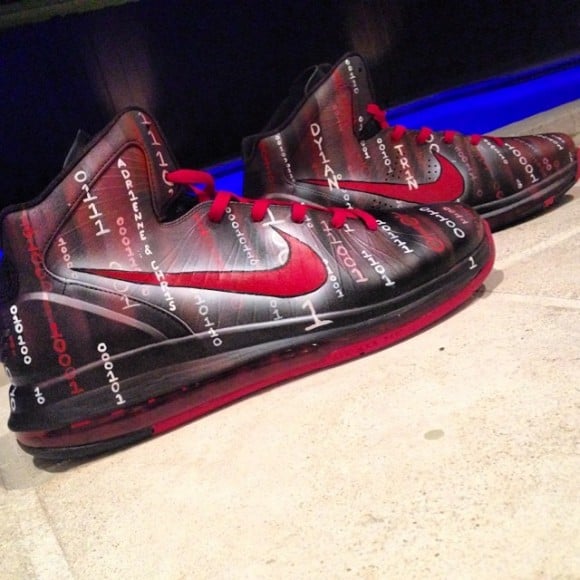 Although the Miami Heat lost Game 5 Sunday night, Power Forward, Chris Bosh stepped out in some dope kicks, made by the one and only, Soles By Sir.

The Nike Hyperdunk Father’s Day customs Soles By Sir made for Bosh are red and black, and feature a dual design inspired by binary code and the solar system. Few people know it, but Bosh is a fan of computer programming, and also has a fascination for the solar system. If you were to look at the shoes from the left, you’d view a star studded, galactic design. Switch things over to the right side, and you’ll discover scrolling, vertical binary code, which incorporates hidden names of Bosh’s family members. The red and black colorway is a clear reference to the Miami Heat, which Bosh has avoided discussing these past few days.

A round of applause for Soles By Sir for taking on a concept like this, and executing them in an amazing fashion. Check him on Instagram, he’s really making moves and building a name for himself as a go-to sneaker artist for some major athletes! Scroll further down to get a glimpse at all the sides of these customs now! 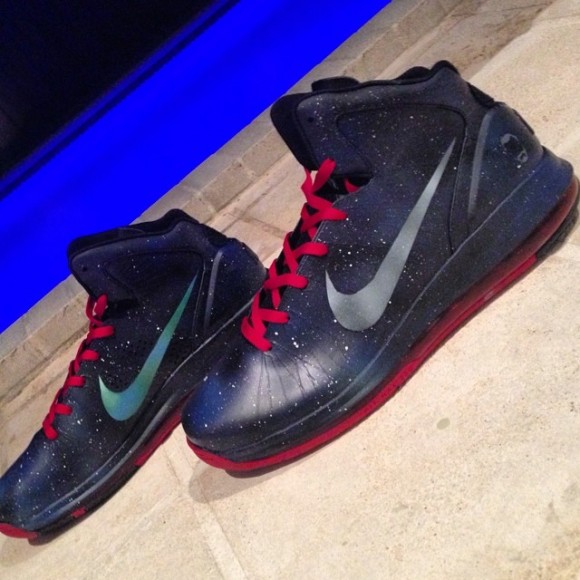 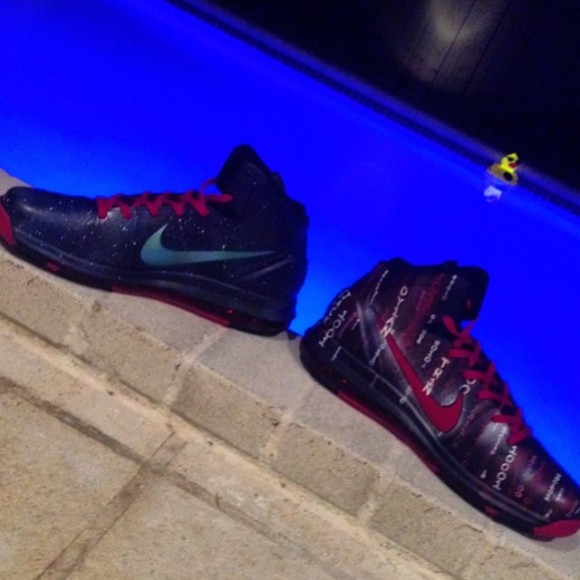