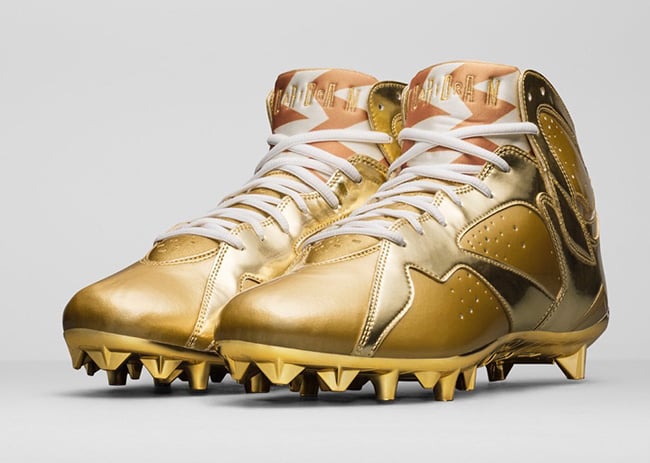 Charles Woodson, a Jordan Brand team member will be hanging up his cleats for good after the 2016 Pro Bowl. In honor of his 18 year NFL career, the brand has made him ‘Gold’ Air Jordan 7 Cleats for his final outing.

Metallic Gold covers most of the uppers on this Jordan 7, but the paneling does feature a Flat Gold. Could be due to lighting, but it also appears that Metallic Silver is hinted through also. White is then used across the laces, tongue and heel.

Charles Woodson and Team Rice will take on Team Irvin where you can see the cornerback wearing the Air Jordan 7 ‘Gold’ Cleats. The Pro Bowl officially kicks off at 4PM EST. Keep scrolling below to check out more photos of his last pair of cleats he will wear during a professional game. As well, let us know what you think of them by leaving a comment. 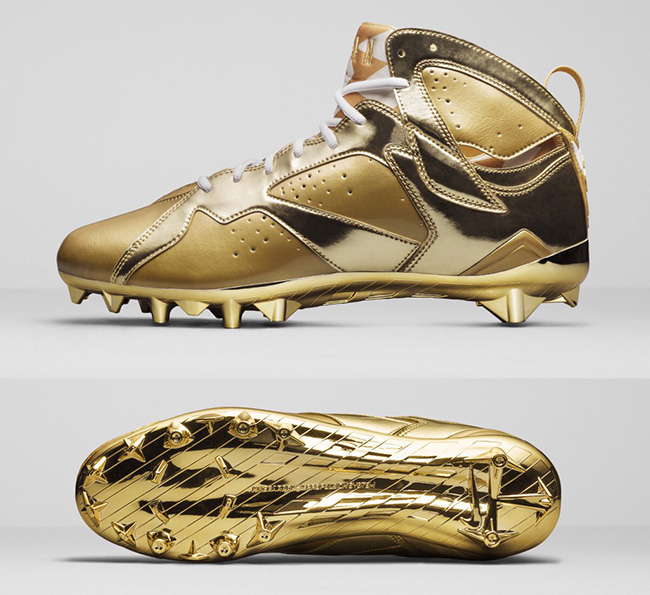 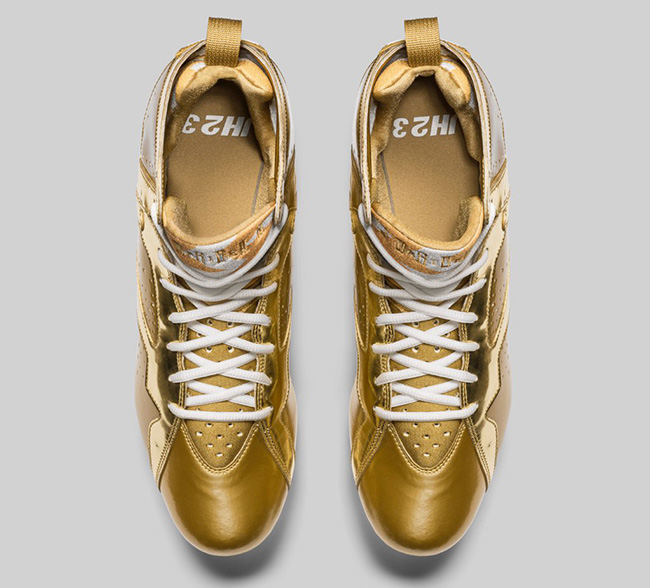 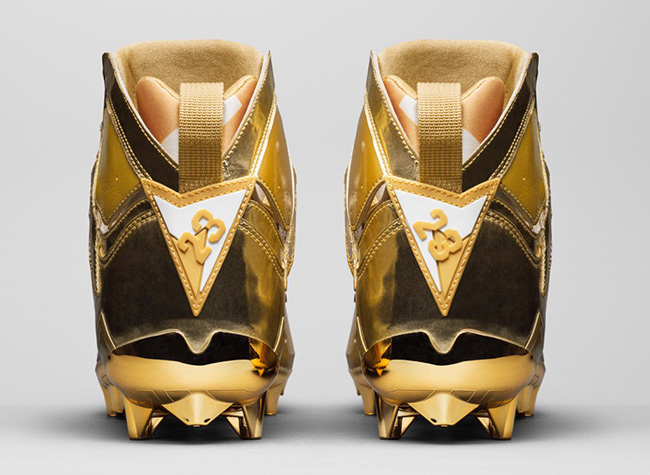 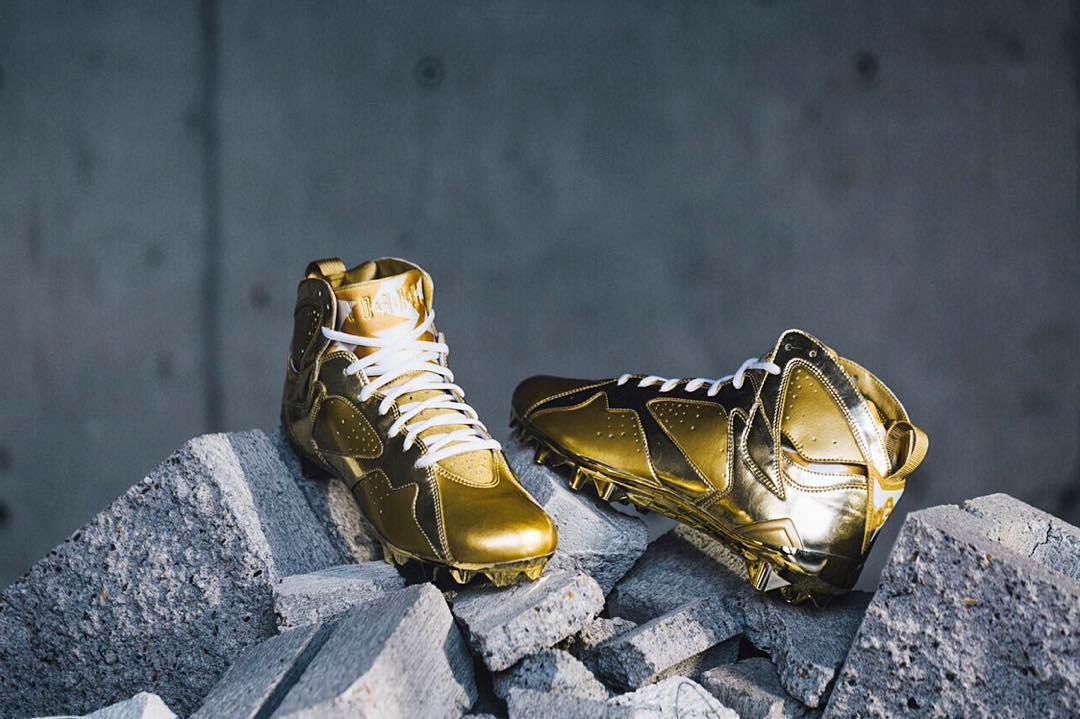 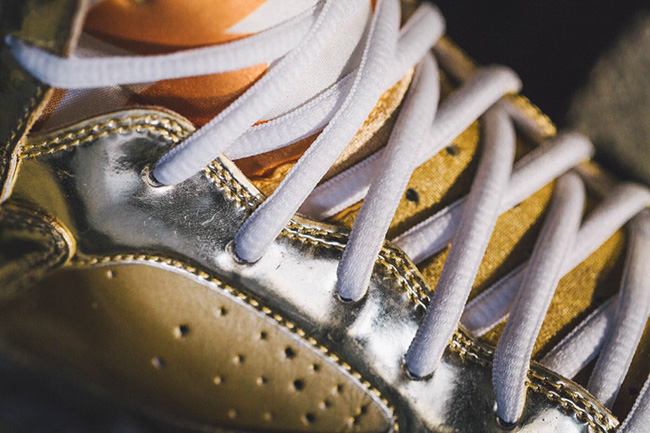 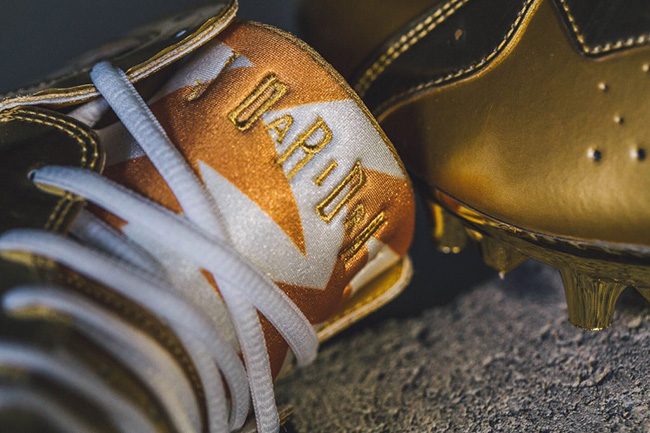