As T.D.E’s own Kendrick Lamar made a stop in Las Vegas last night to perform at the Palms Pool, cameras captured several photos of Kendrick in the recently released Air Jordan IV (4) “Fear”, a member of the Air Jordan Retro “Fear” Pack.

Minus his sneaker game, Kendrick Lamar has also been in the news lately for his bold verse on Big Sean’s “Control” song which has sparked widespread conversation and reaction from the hip-hop community at large. What are your thoughts on this verse? Have you heard the track yet? 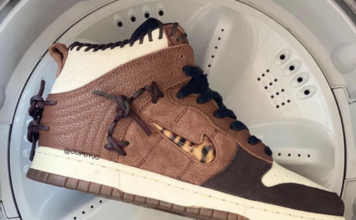