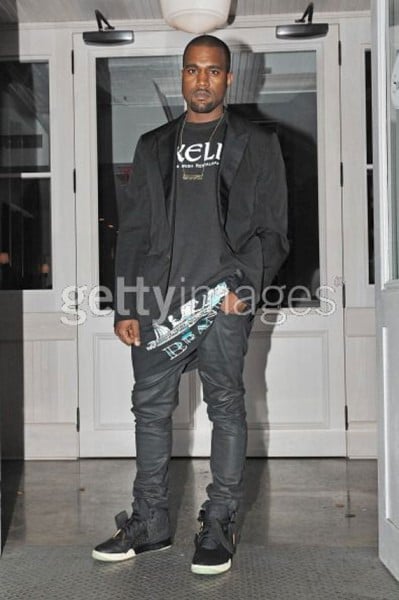 Kanye West has been spotted wearing the Nike Air Yeezy 2 off and on throughout the year, and its driving us crazy! After performing at the 2011 MTV VMA’s in the Zen Grey Air Yeezy 2, we get another look at the Black Yeezy 2 as Kanye wore them out during a visit in NYC this past weekend.

Arguably the most anticipated release of the year, there is still no release date information! Hang on folks, this might mean they’re coming sooner than expected. Stay tuned to Sneakerfiles for more information and updates on the Nike Air Yeezy 2.