There’s no secret that the Nike Air Foamposite One “Metallic Red” will release February 4, 2012, and not to much surprise Joe Budden won’t have to wait around like the rest of us to get his pair of the new and upcoming colorway.

Joe’s obviously got his way with kicks as we’ve also seen him in the Nike LeBron 9 “Blackout” a week prior to release. Whatever the case may be, the Slaughterhouse representative isn’t worried as he sits comfortably amongst his male counterparts who sport other colorways from the Nike Air Foamposite lineup. What’s your take on the upcoming “Metallic Red” colorway? Is this the best you’ve seen so far?

Check out more images of Joe Budden and the highly anticipated Nike Air Foamposite One ‘Metallic Red’ below and keep it locked right here with SneakerFiles for more Celebrity Sneaker Watch news! 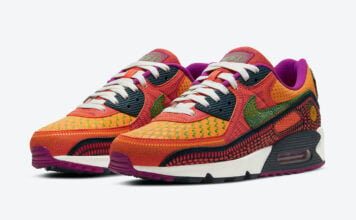