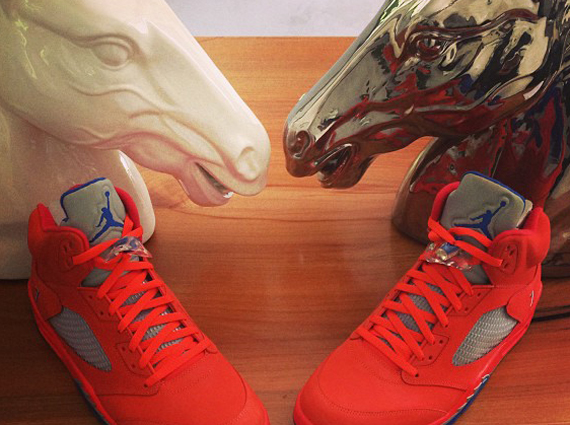 Let the madness begin, yet again. After our last image update of the highly anticipated “Melo” Air Jordan V’s, its seems as if one person in particular has grown tired of everyone else showing off his kicks. That one person we speak of is none other than Knicks superstar Caremlo Anthony.

As the caption suggests on his latest ig photo suggests, we are indeed getting another look at the previously mentioned pair of kicks straight from the source. What better way to show off your very own pair of dope NYK-inspired AJV PE’s than by sharing a glimpse with the world via your own personal Instagram page. With CP3 and Melo both laying claim to some sure fire classic AJV colorways, there’s only one question that remains. That being, when can we expect either pair to release?

Keep reading after the jump to check out another look at Caremelos personal pair of “Melo” Air Jordan V’s and be sure to let us know who you think has the iller pair of PE’s. 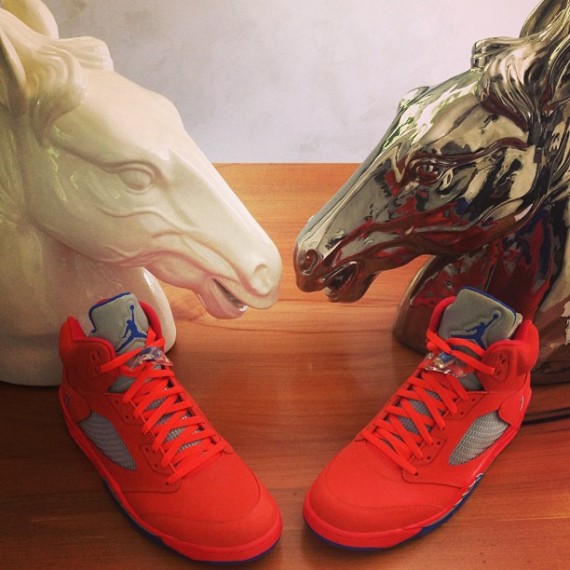 A Better Look at the Air Jordan 5 ‘UNC’