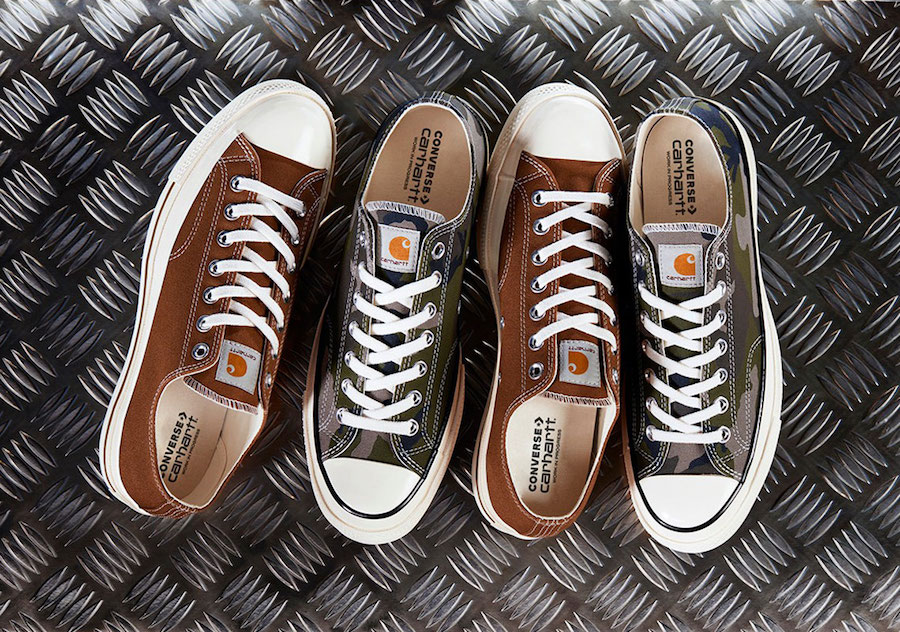 Highlighted with a canvas upper, the two will feature White contrast stitching and foxing stripes. Following is a rubber toe cap and matching midsole. In addition we have Carhartt branding on the tongues while a waffle rubber outsole completes the look.

You can expect the Carhartt WIP x Converse Chuck 70 to release exclusively at Carhartt WIP stores and online on June 6th. Continue to scroll below to check out more images which will give you a closer look. 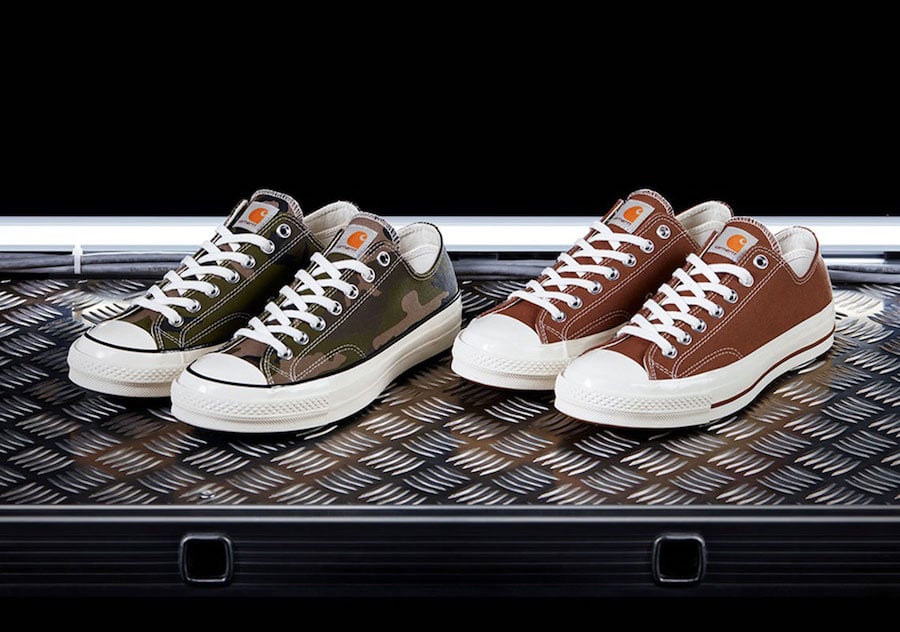 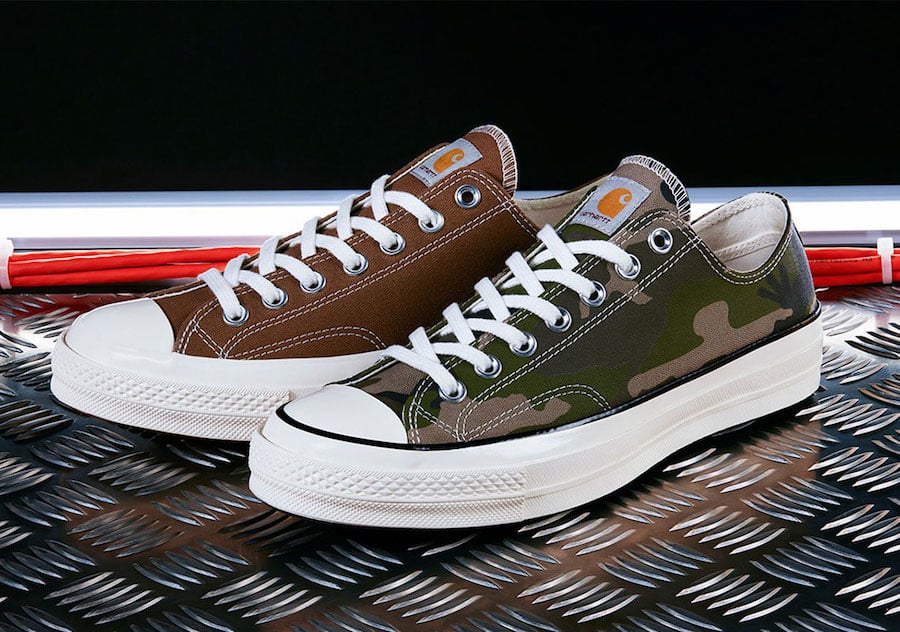 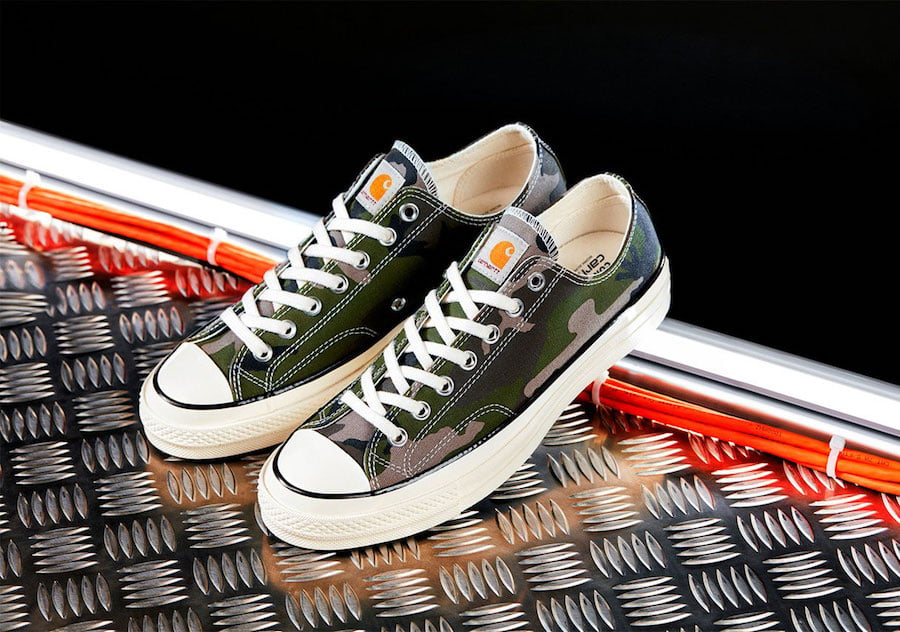 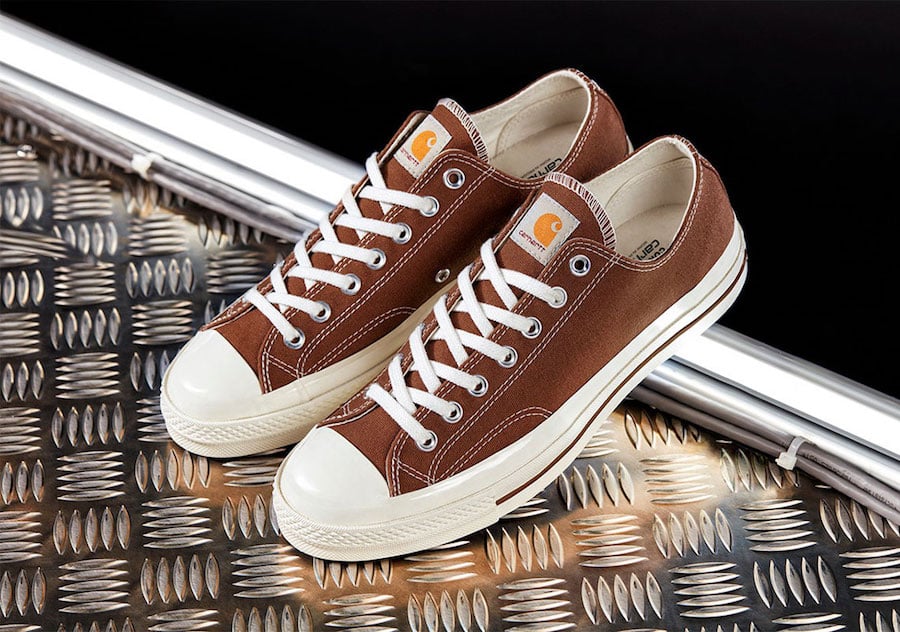