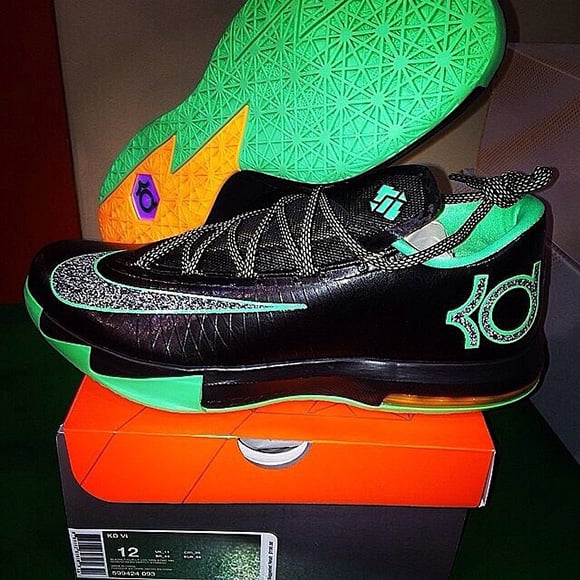 Jordan Brand isn’t the only one rolling out Brazil inspired colorways as a pair of Nike KD 6 recently leaked using a similar theme.

The supposed Nike KD 6 Brazil shown features a black upper with with mint green and yellow placed throughout the shoes. The swoosh and KD logo has a distorted look of black and white. Green is also on the liner while the yellow hits the air unit and sole.

As of now, a release date isn’t known but if they released we can expect them to hit stores in the next couple months.