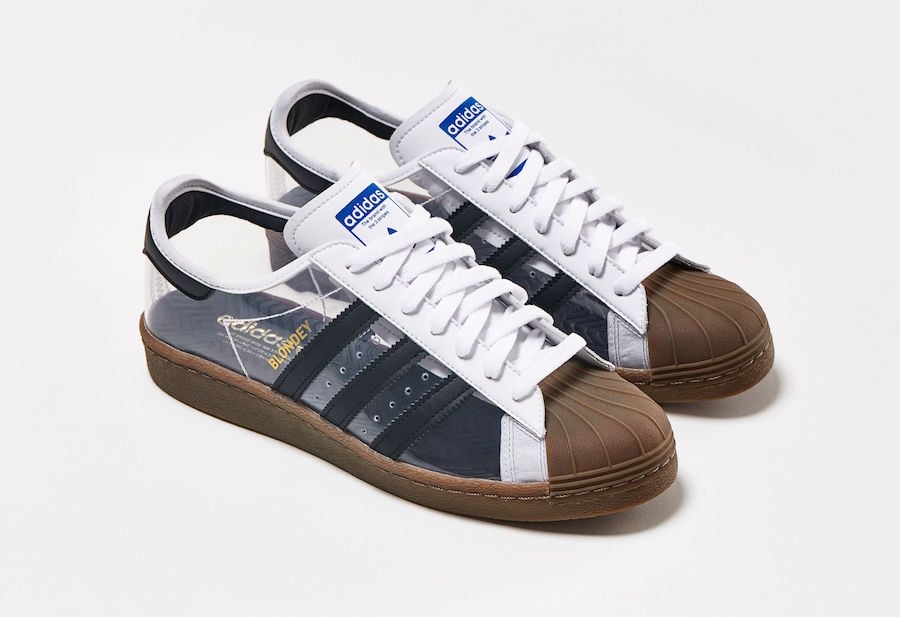 Blondey McCoy who is a former Palace skater has connected with adidas Originals to release a special Superstar.

This adidas Superstar features clear PVC across the upper while Black is applied to the Three Stripes branding on the panels and heel. In addition we have White leather on the eyestay and tongue, Blondey’s name is seen in Gold on the side while a Gum rubber outsole completes the look.

In addition each pair comes with three pairs of tall socks which is designed by McCoy. Each pays tribute to his home in London’s Soho. The Red pair features St. Giles & Cambridge, both are circuses in Soho, the Blue pair features Picadilly & Oxford while the White pair says Blondey with Three Stripes branding.

You can expect the Blondey x adidas Superstar to release at select retailers including adidas.com on December 14th. Retail price is set at $110. Continue to scroll below to check out more images which will give you a closer look.

“Having your name on a shoe is the highest honor you can be awarded,” says Blondey on the collaborative design, “I wanted to do something that had never been done to it before.”

Each pair of the hero Superstar 80s by Blondey colorway and its accompanying socks come in a custom adidas shoebox. The limited-edition product will be available on the adidas website and select retailers beginning on December 14th and will retail for $110. 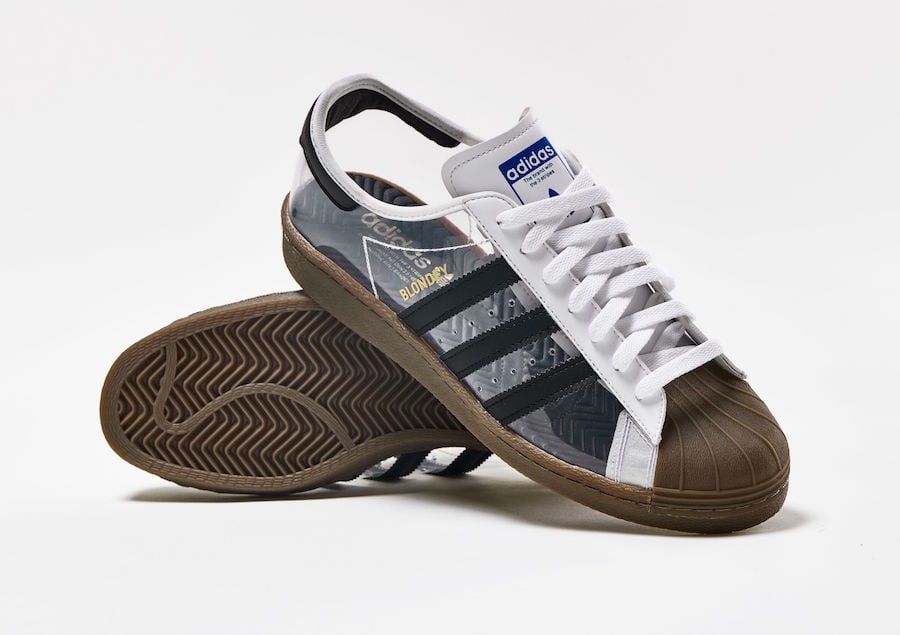 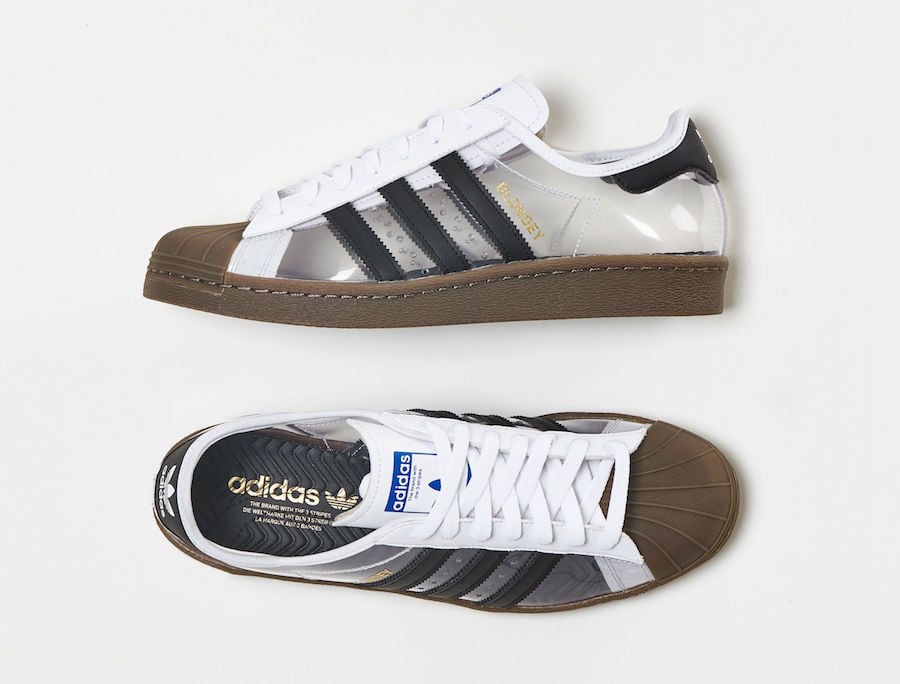 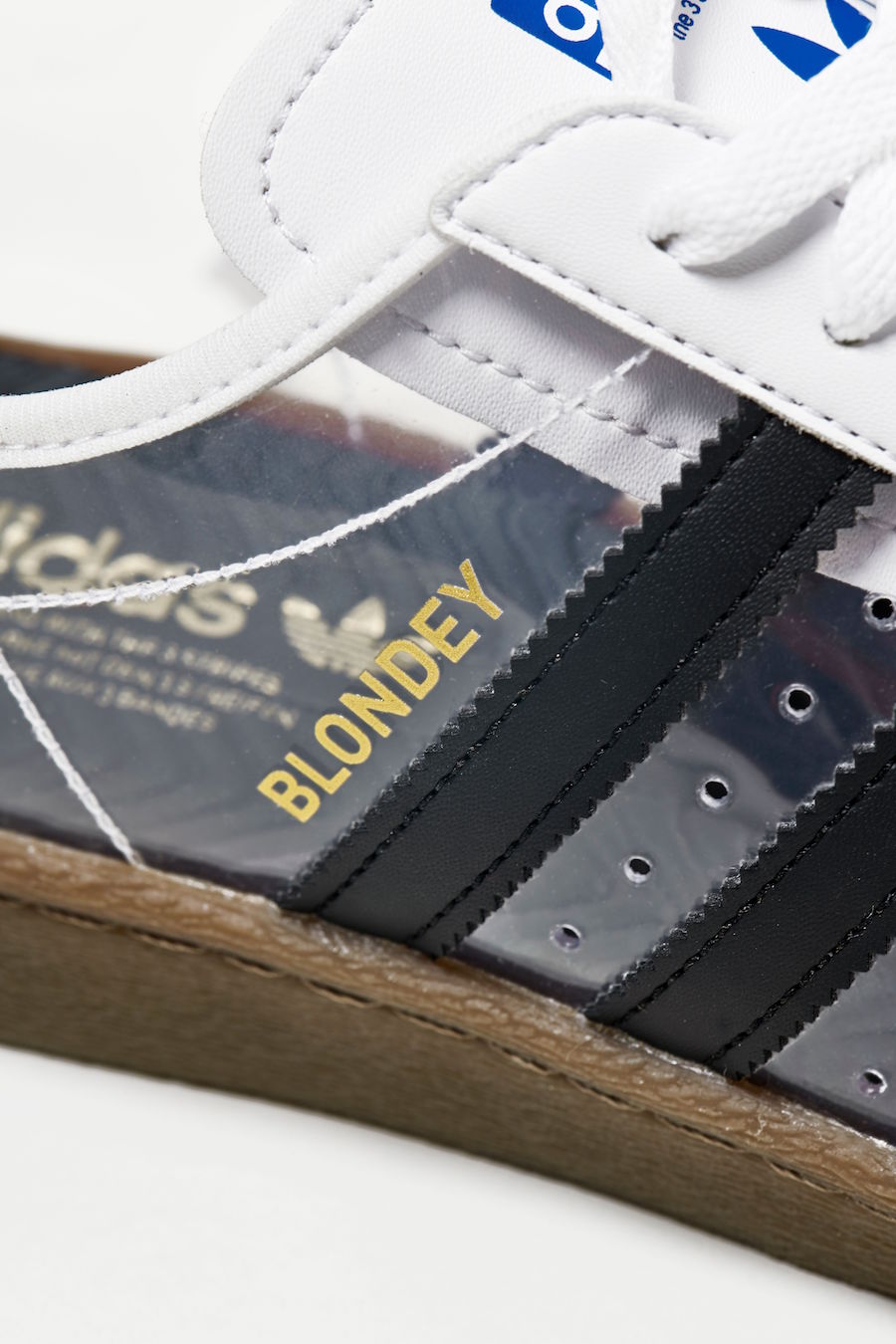 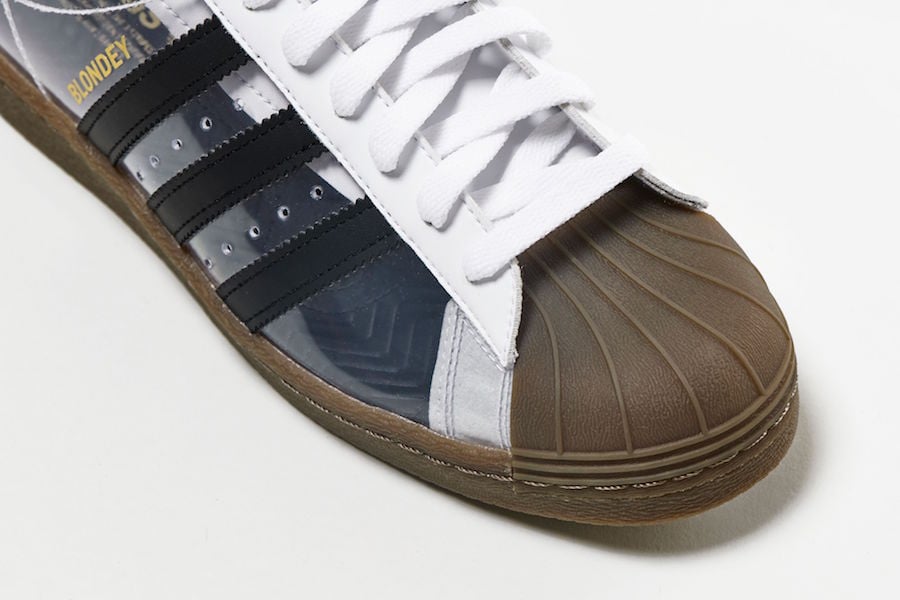 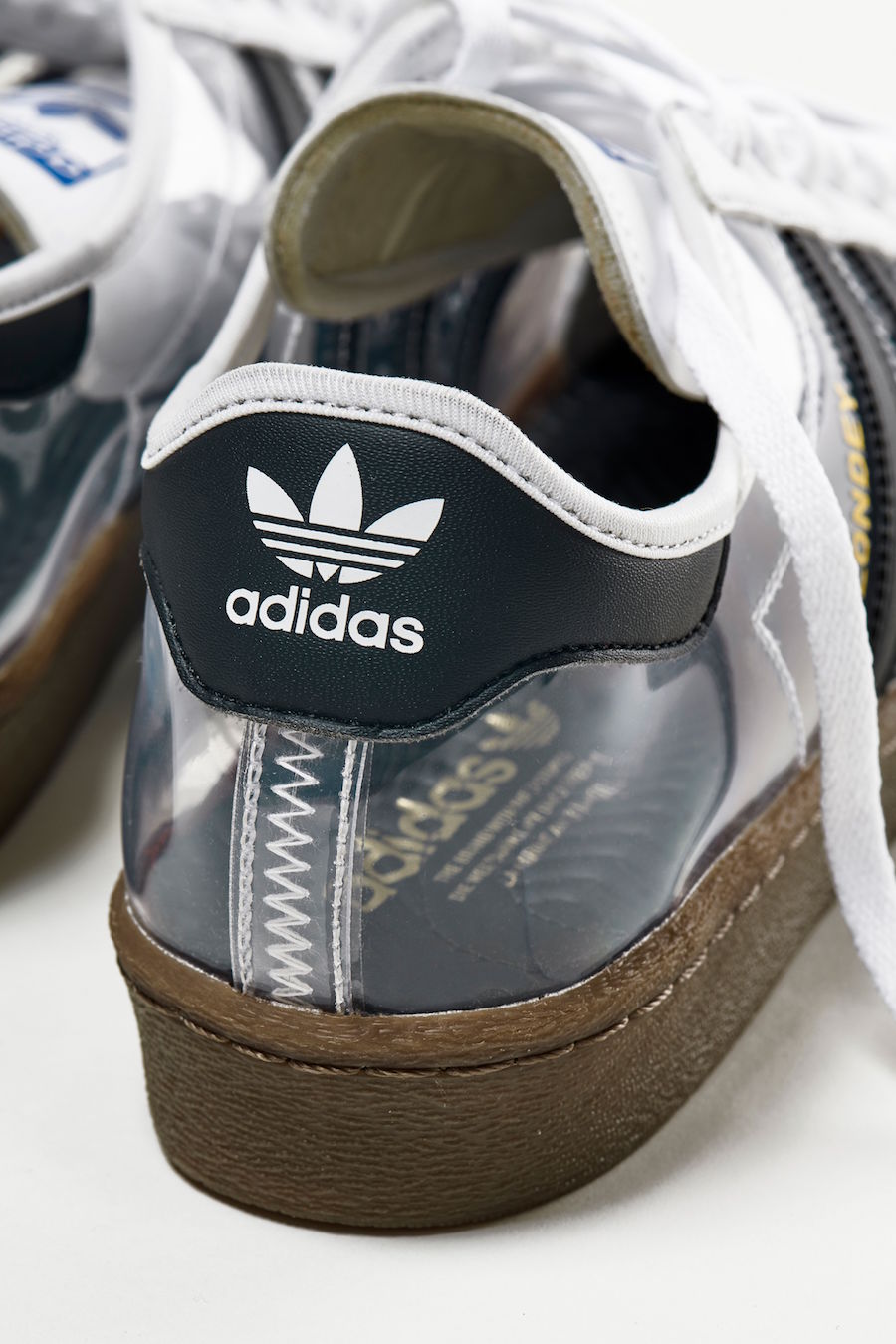 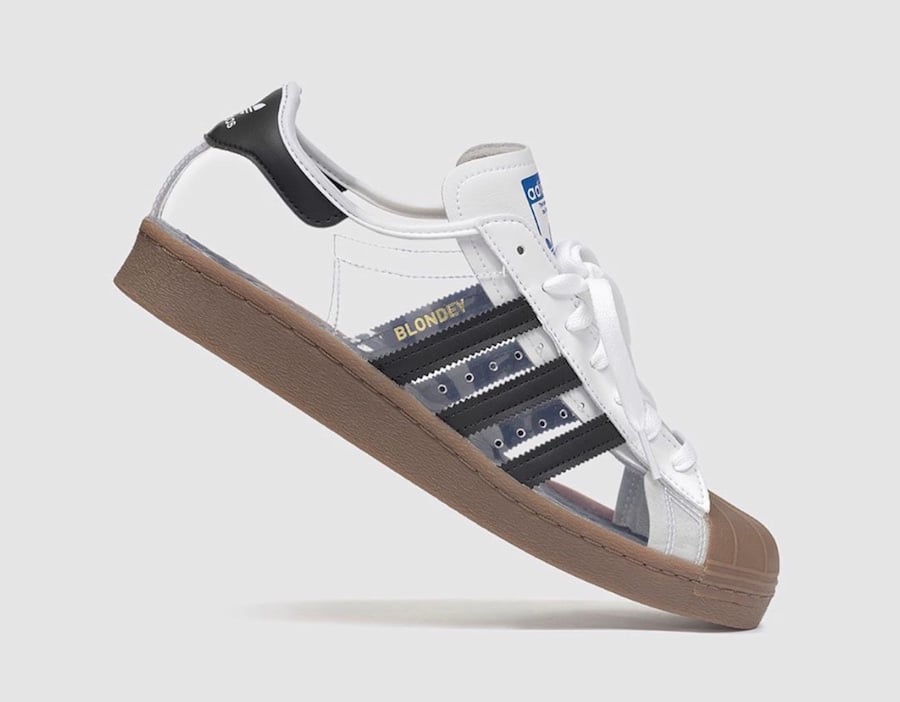 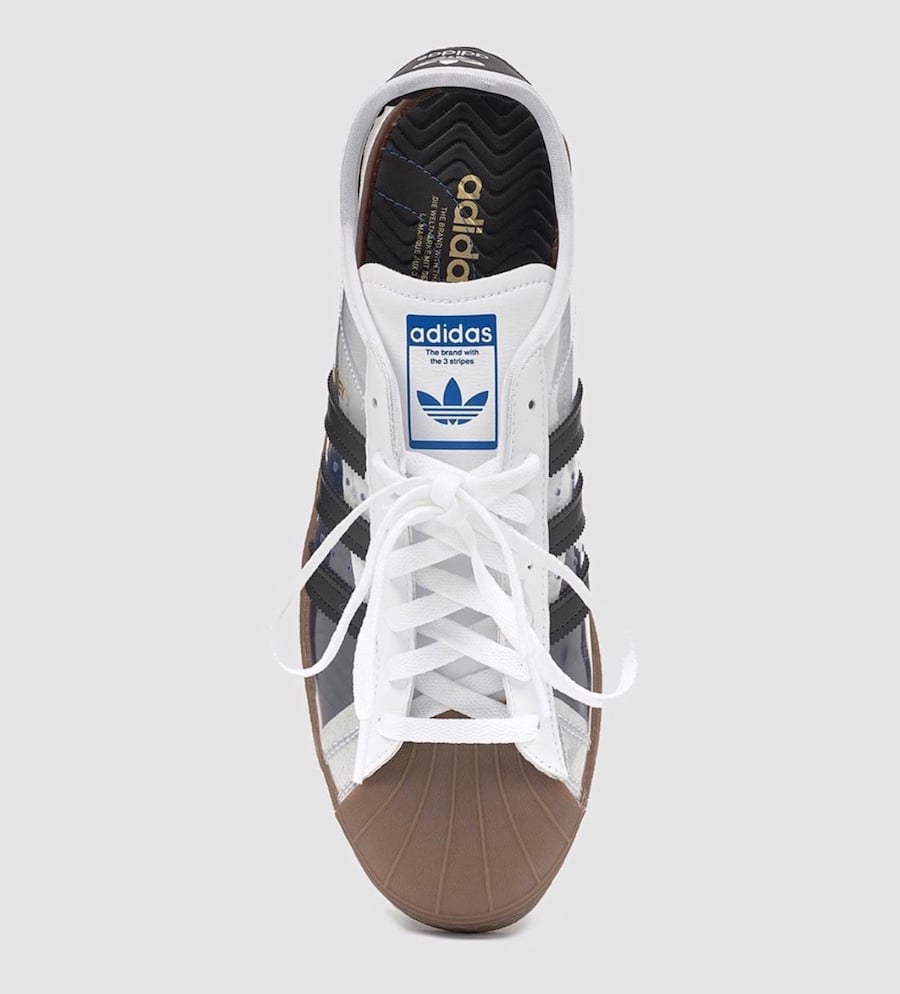 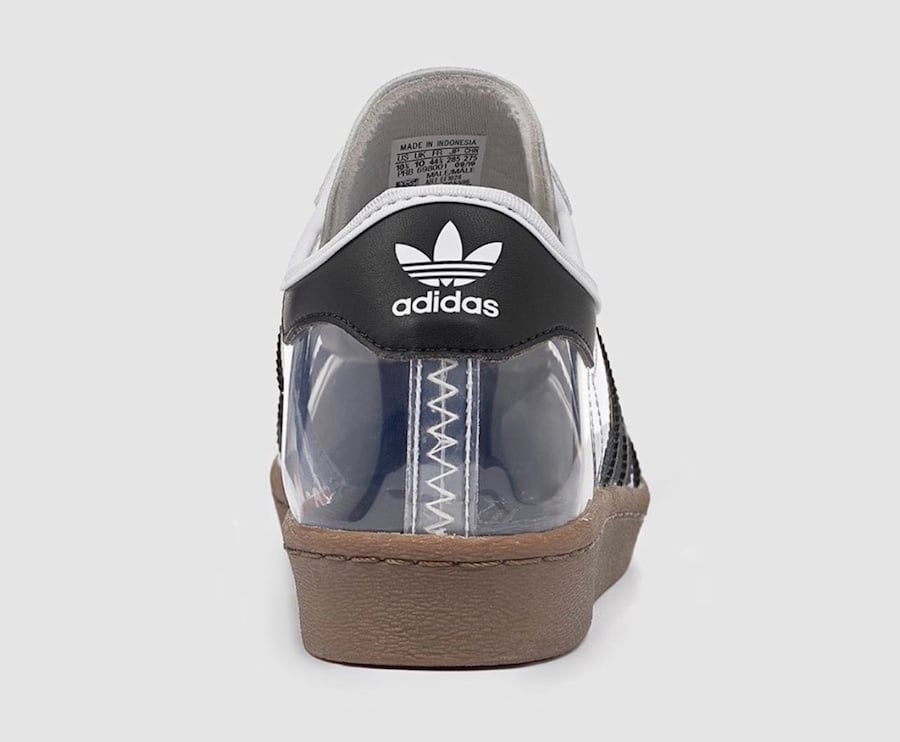 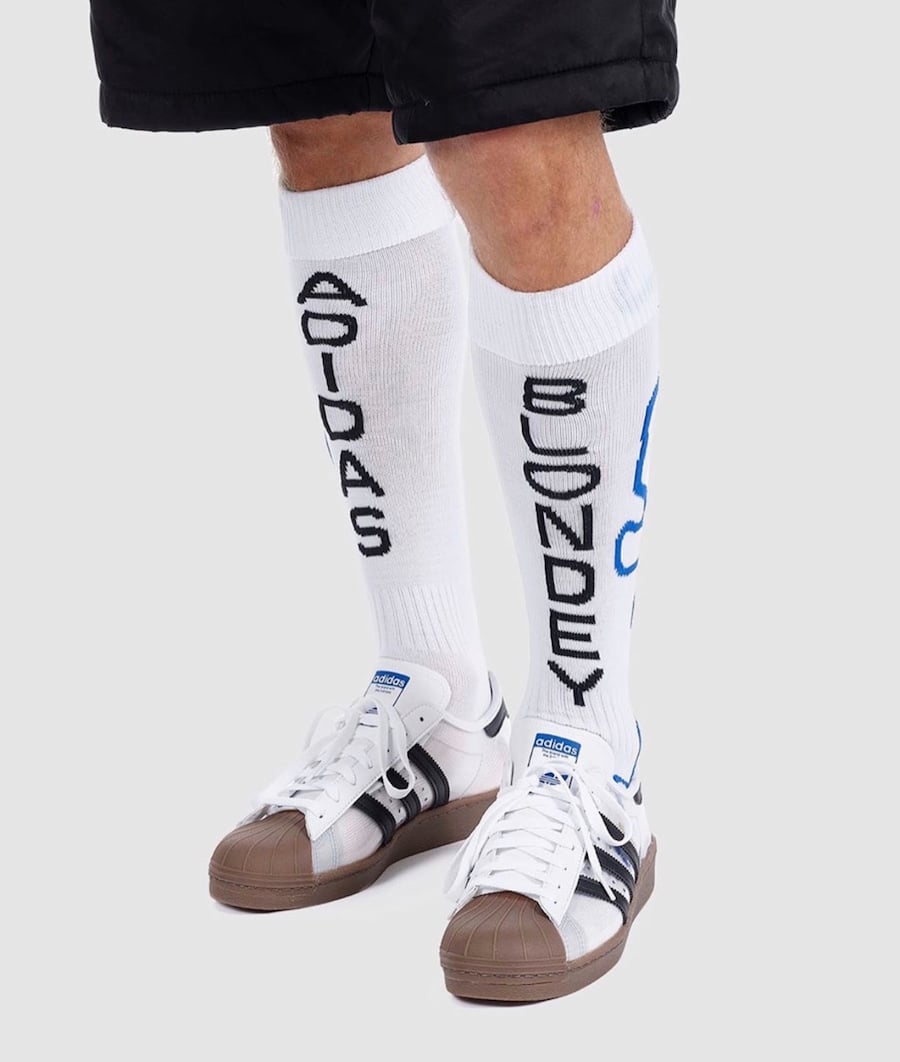 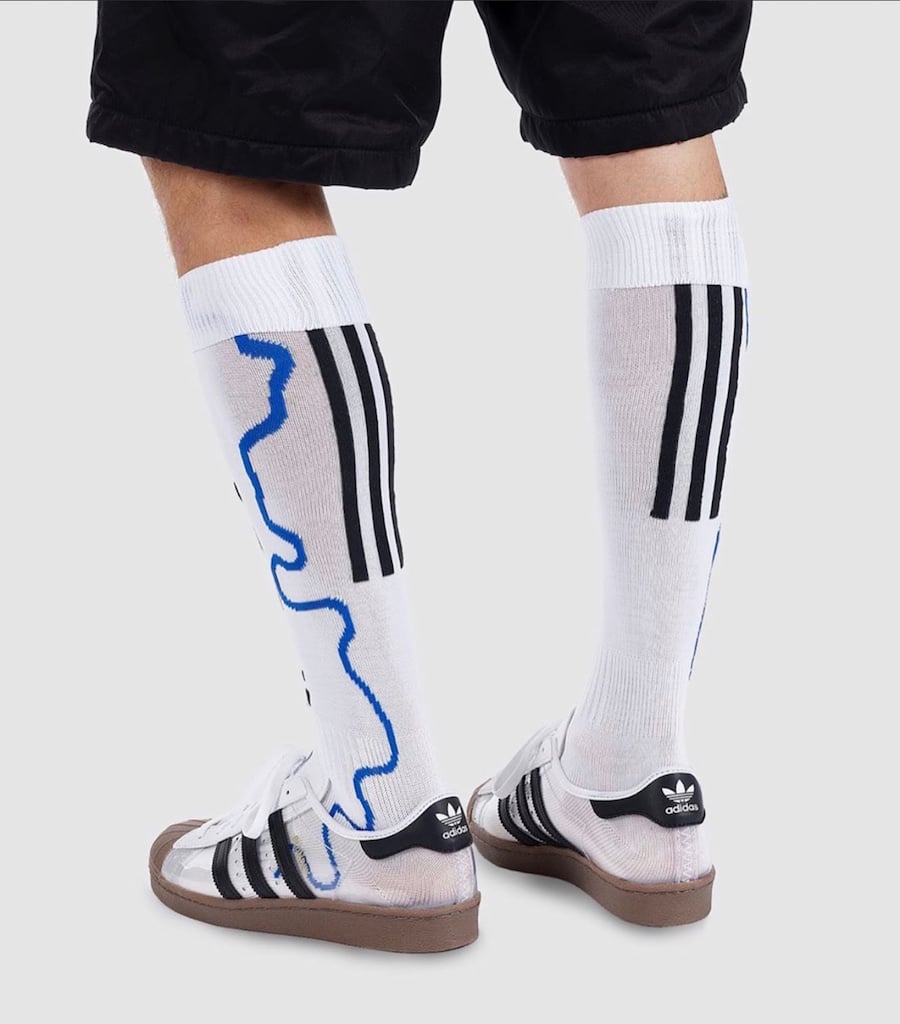 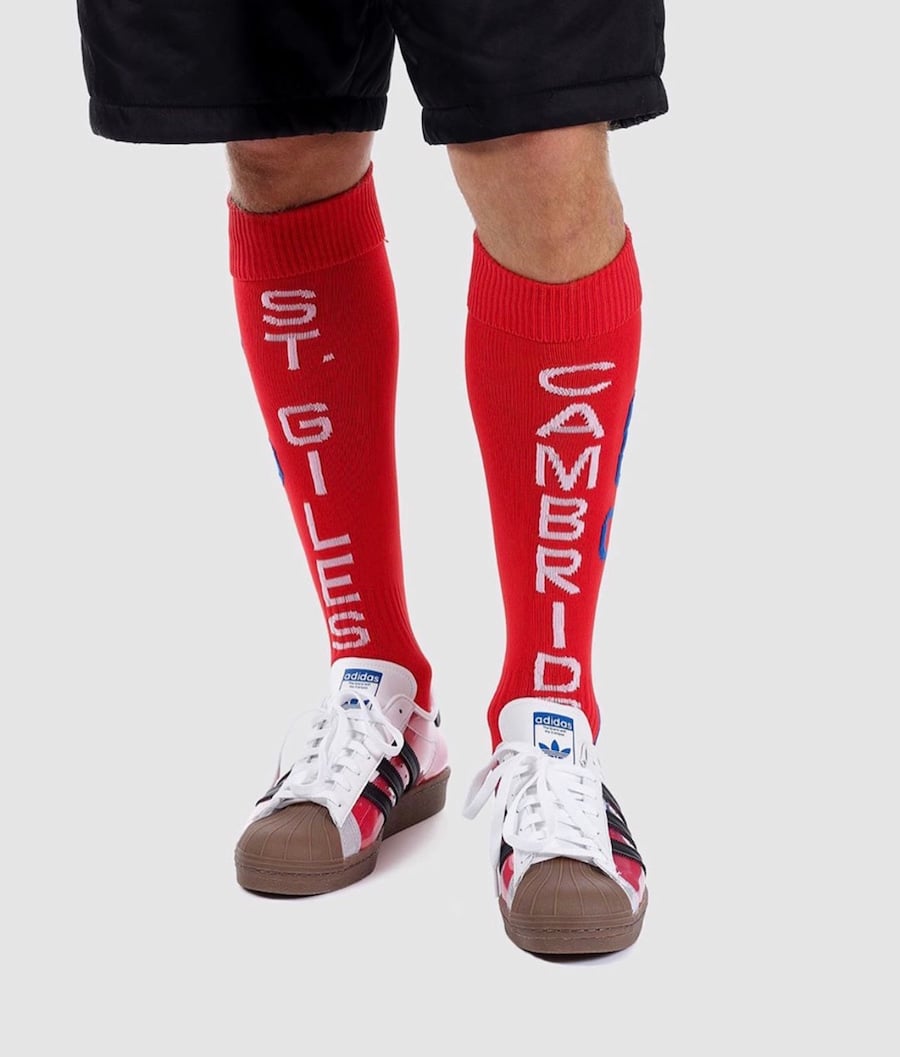 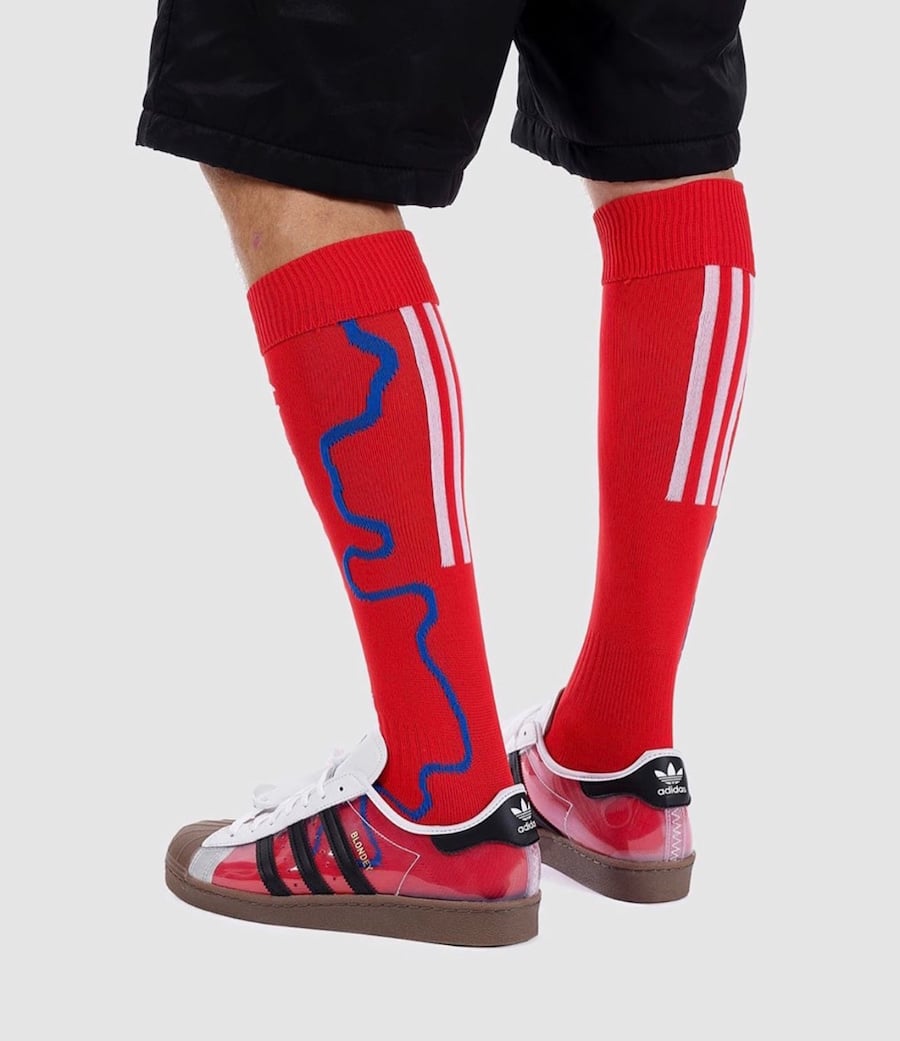 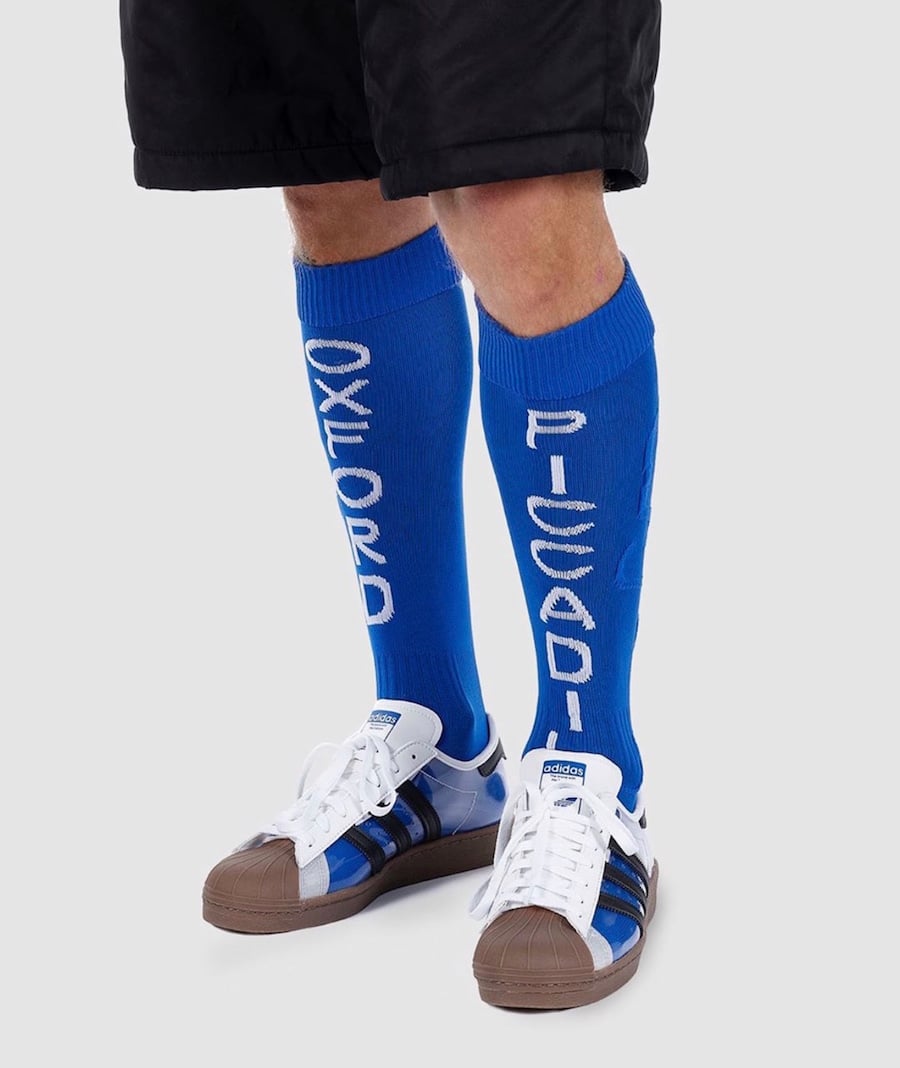 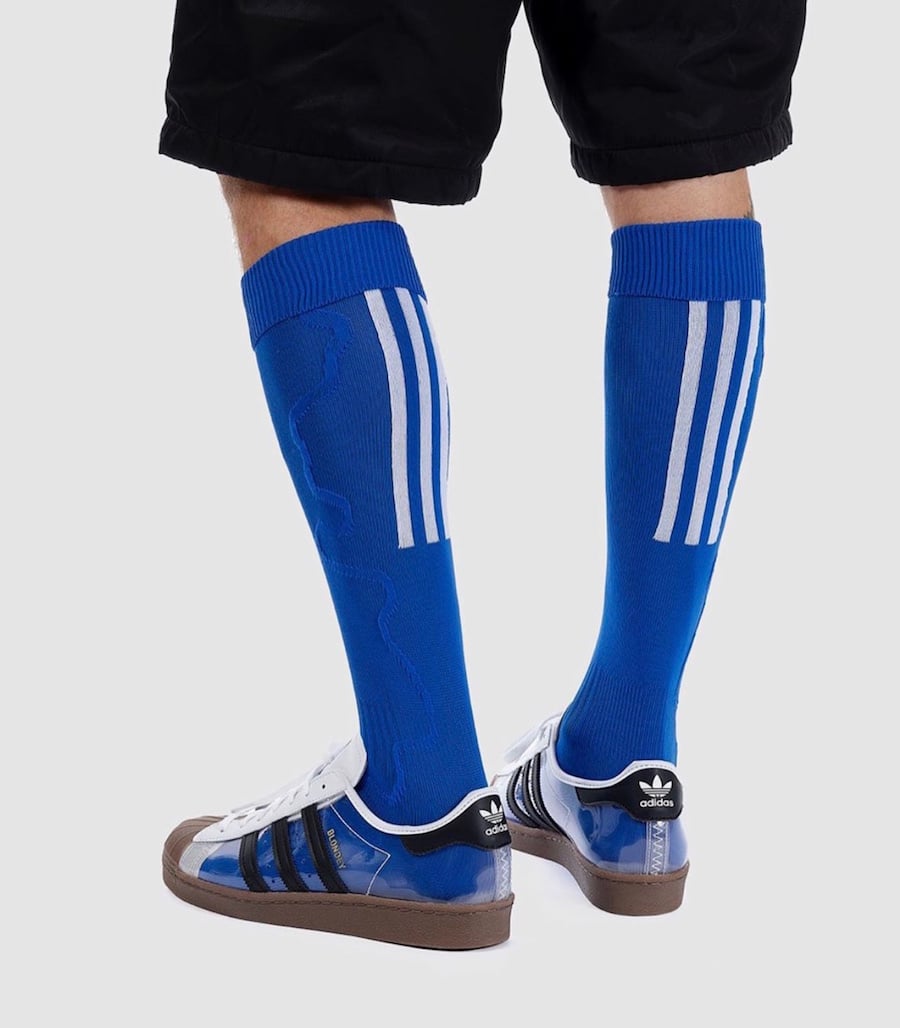 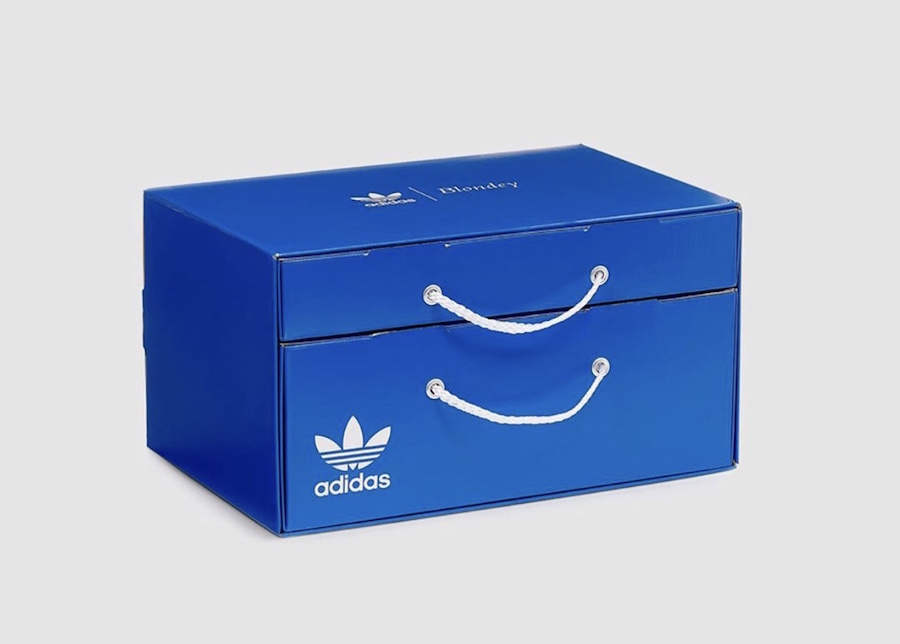