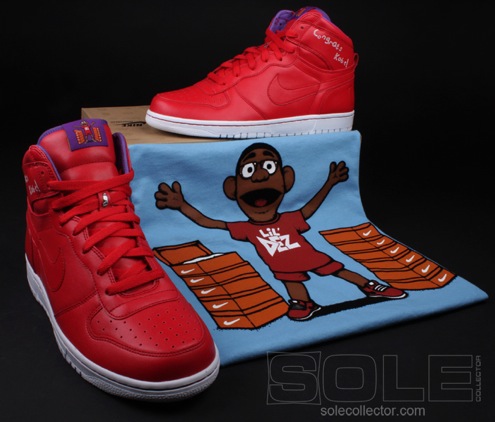 The Big Nike, one of Nike’s newest creations, has been making a splash since its inception for its sleek design and releases such as the Flinstones Pack. Well, Nike is at it again- this time with a Big Nike sneaker that pays homage to Lil’ Dez. The Lil’ Dez character became famous for being Kobe Bryant’s and Lebron James’ nagging little puppet friend on those Nike commercials we (well, most of us besides the Orlando Magic) couldn’t get enough of until the Black Mamba became the only two of the pair of superstars to make it through to the NBA Finals.

This particular Big Nike commemorates not only the impressionistic Lil’ Dez, but also Kobe Bryant (and, by association, the Los Angeles Lakers) for capturing the NBA Finals trophy. With a picture of Lil’ Dez on the tongue, “Congrats Kobe” written along the outer ankle area, and “MVP”/”24” on the back of the left and right tongue, respectively, this Big Nike is ready to hit select quickstrike Nike accounts VERY soon. There is even a matching shirt that can be copped with this pair to make sure you’re all hooked up! Check out more pics after the jump. 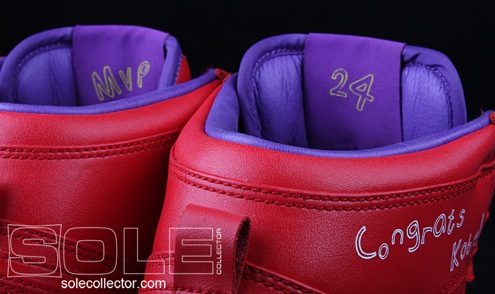 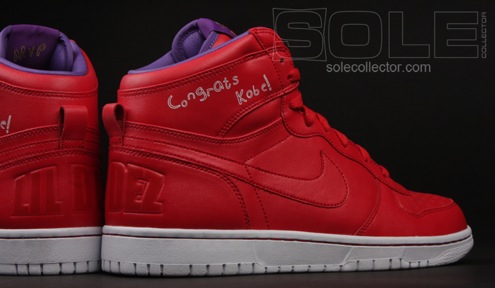 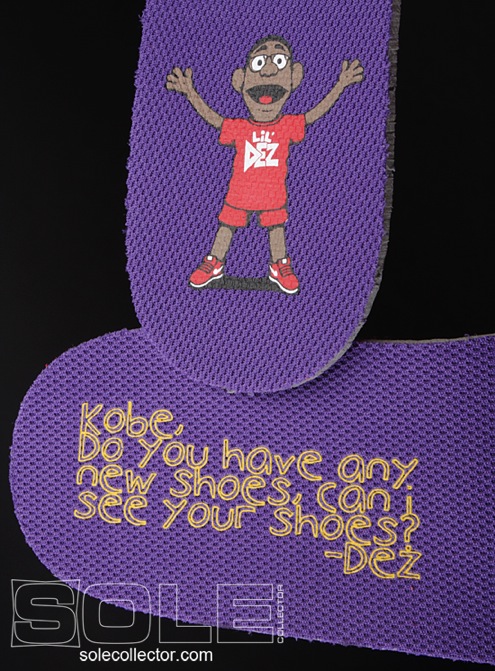