Billionaire Boys Club is connecting with adidas Originals again. The two will debut more collaborations which will take place during Fall/Winter 2018.

The first pair is the BBC x adidas NMD Hu which will come dressed in White and Scarlet. The second is a new model known as the adidas Hu V2 which will feature the same colorway. Currently images have yet to leak of the two.

At the time of writing a release date for the BBC x adidas NMD Hu Collection has yet to be announced. However it’s expected to launch during Fall – Winter 2018. Retail price for the NMD Hu is $240 while the Hu V2 will cost you $130. Make sure to check back with us for more details. 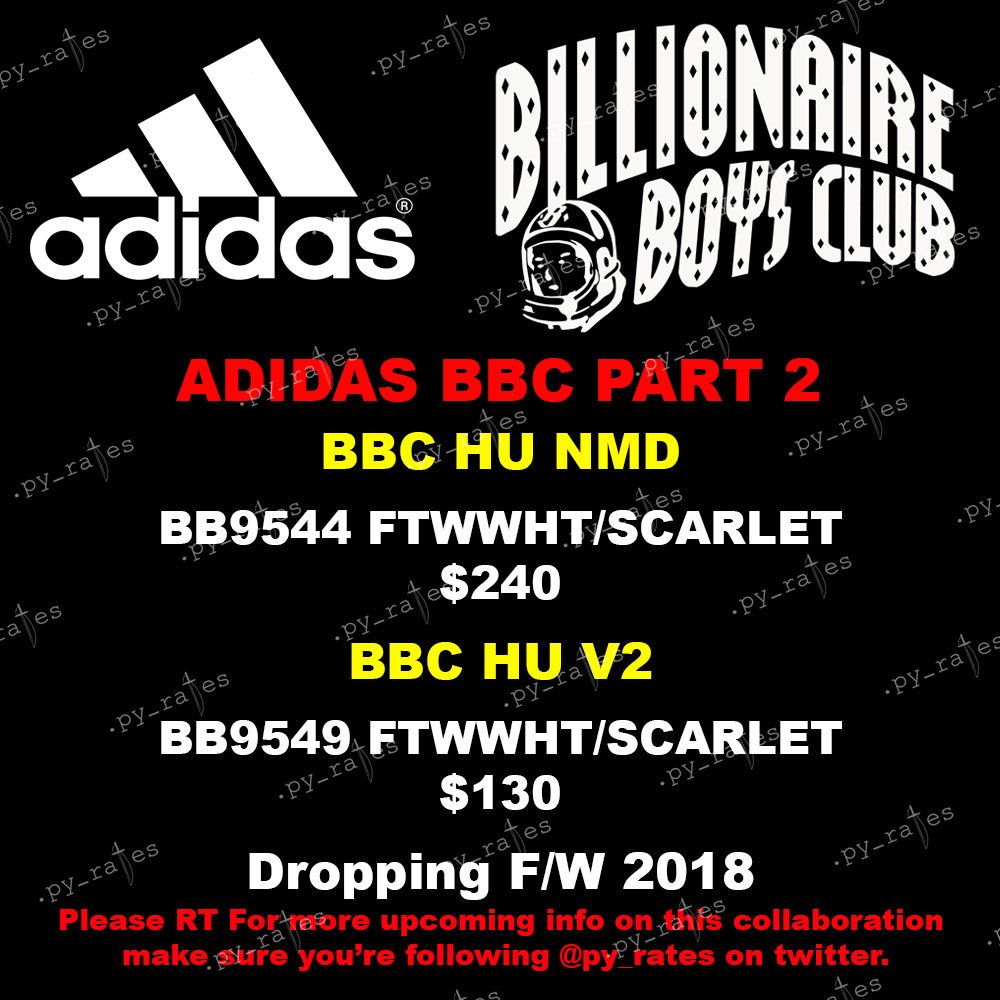