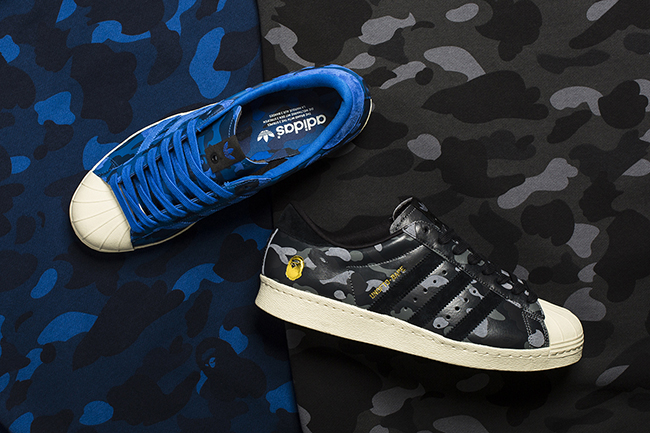 Another huge three way collaboration between Bape, UNDFTD and adidas. The trio will all come together for the Bape x UNDFTD x adidas Superstar 80s that will release during the month of October.

Two pairs will hit retailers in limited fashion. Camouflage print will cover the entire uppers of each shoe while coming in either blue of black. Highlights throughout are the suede three stripes on the side while the cross branding is done in metallic gold.

You can see the other color scheme releasing along with the above pictured collaboration below. For those that are interested in purchasing a pair, the Bape x UNDFTD x adidas Superstar 80s will release on October 3rd, 2015. Availability and retail price is unknown at this time but once we find out, we will let you know.

Update: adidas has officially unveiled the Bape x UNDFTD x adidas Superstar 80s. They will first release at UNDFTD and Bape shops. Following on October 10th, more retailers like No.42 Paris, No.74 Berlin and adidas Consortium accounts will release both pairs. See the list of U.S. retailers selling them below. 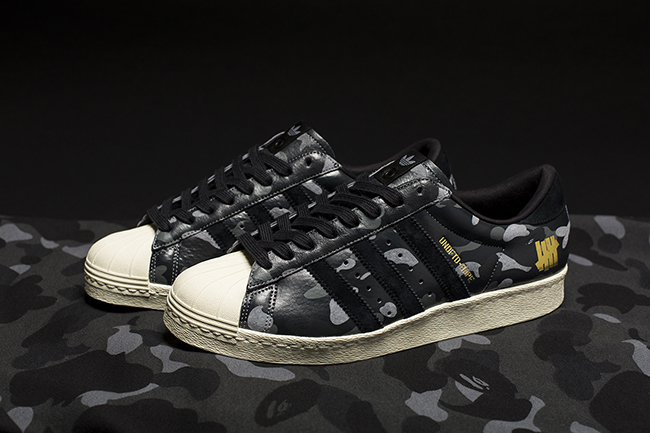 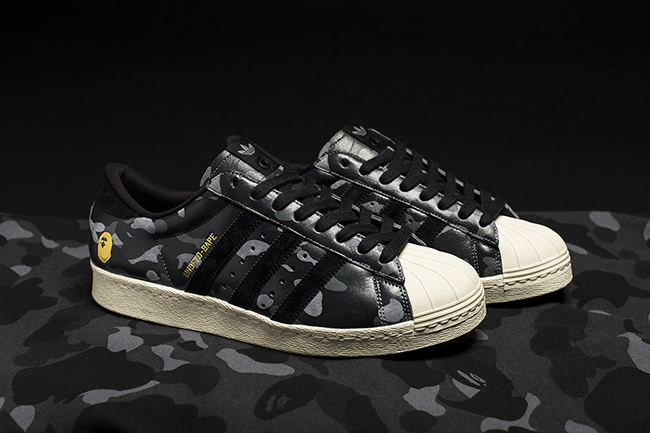 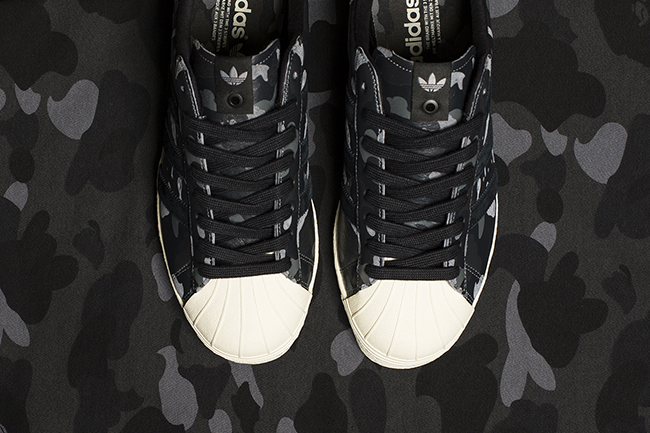 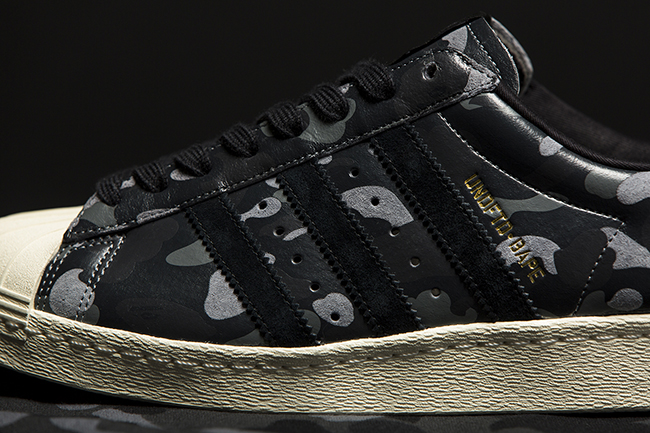 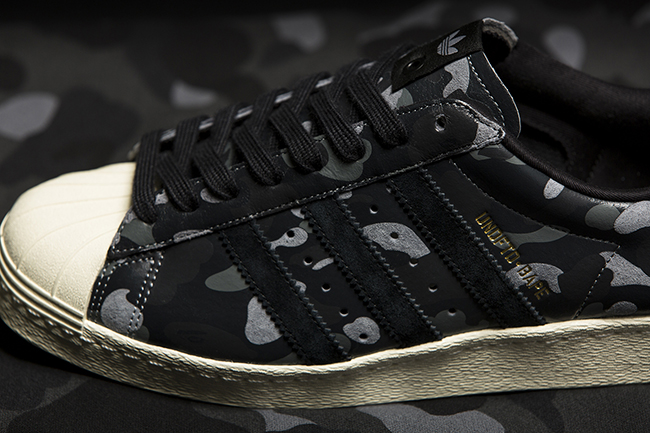 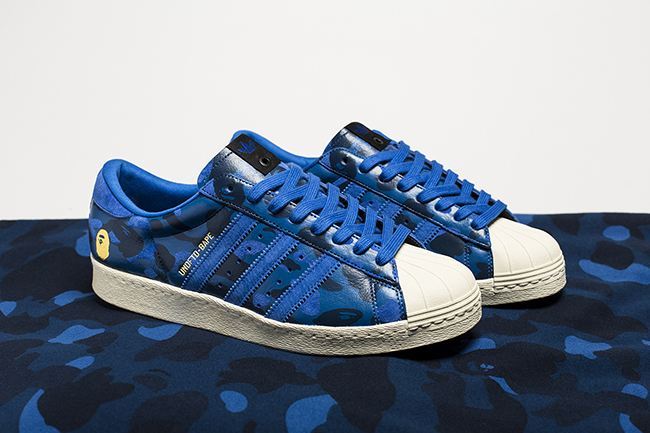 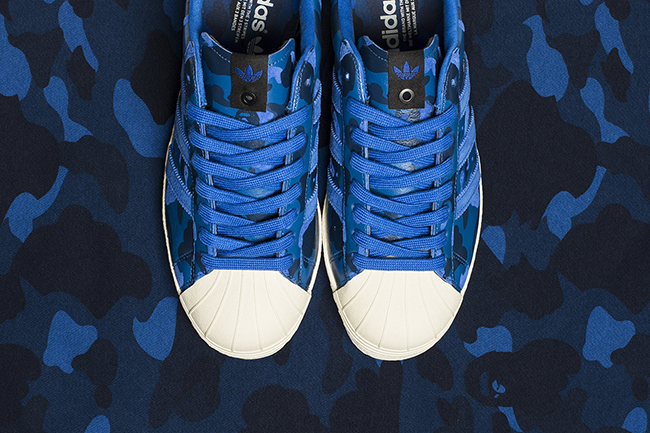 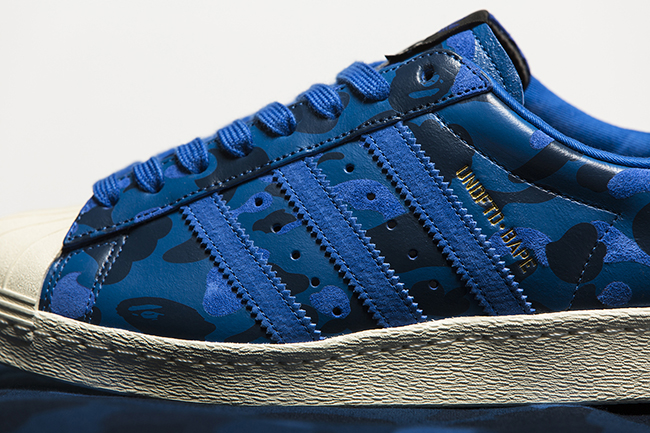 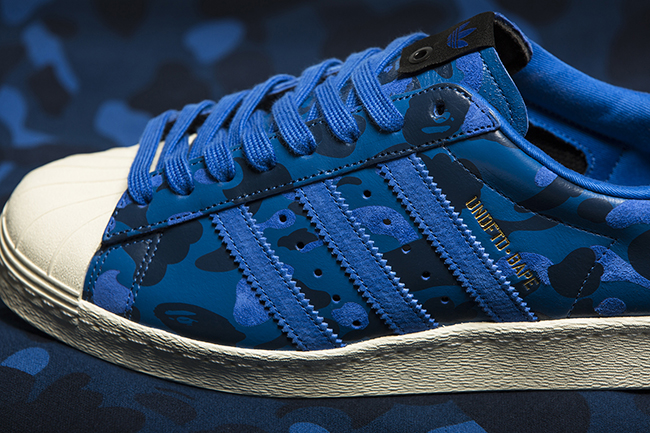 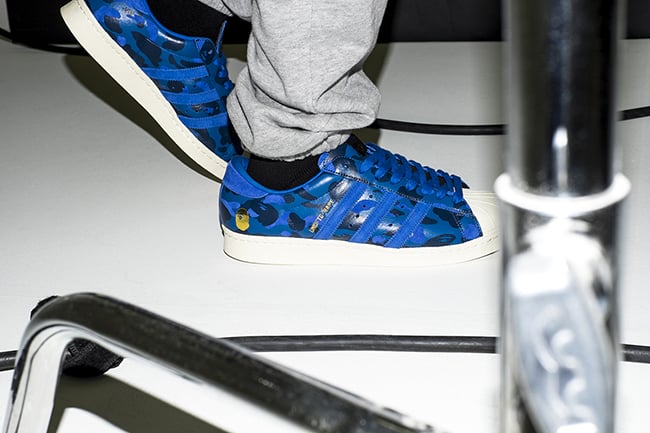 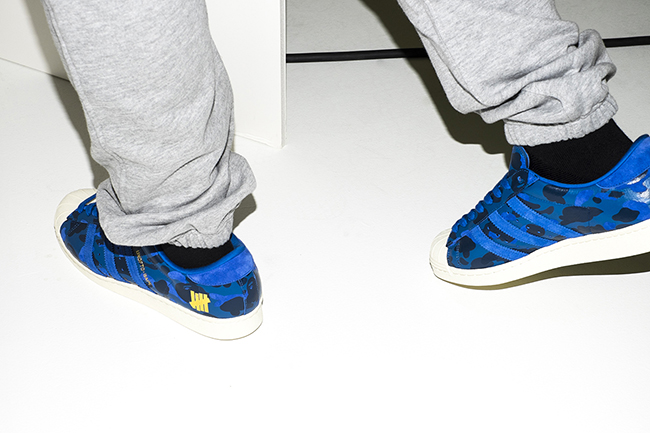 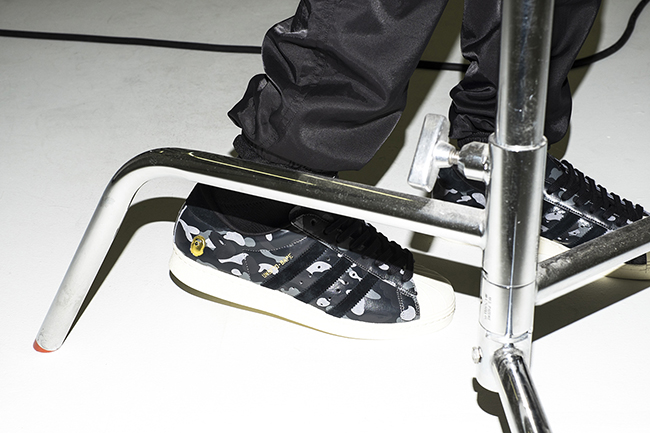 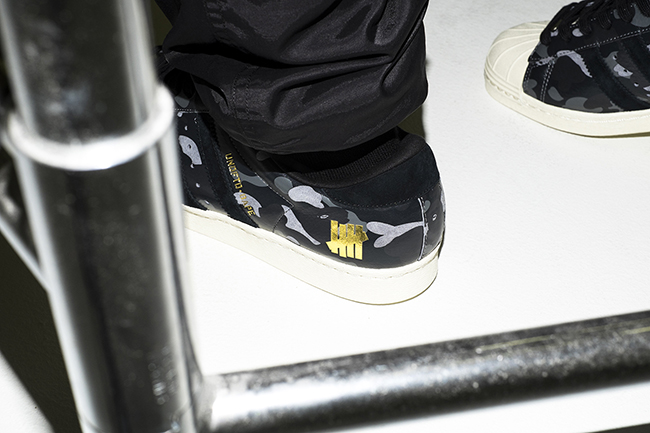 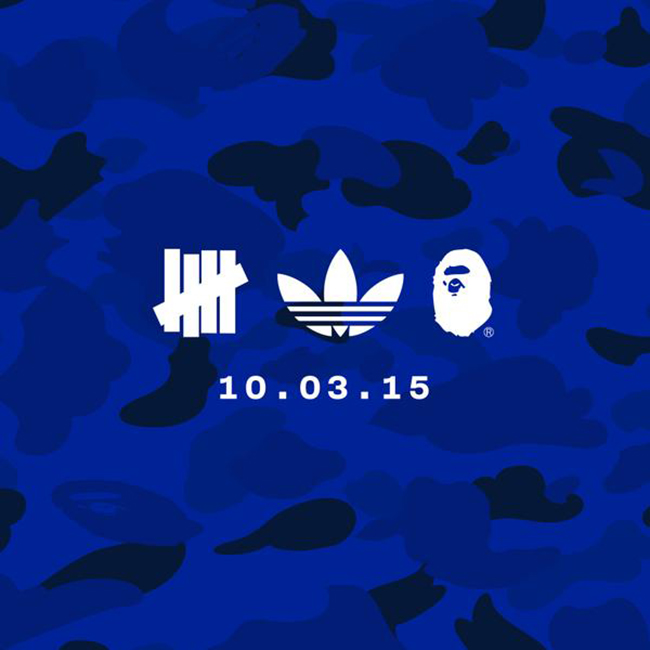