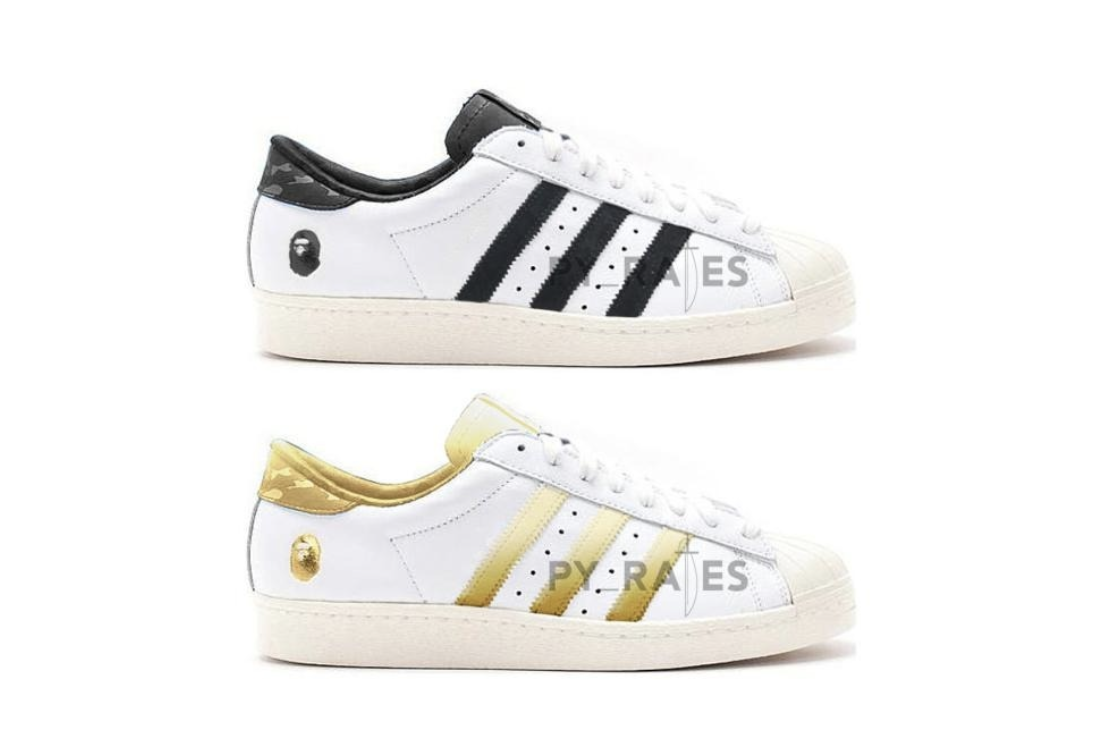 Bape is teaming up with adidas to release a collaboration Superstar 80s collection which is scheduled to release during 2021.

Two colorways make up the collection which comes dressed in ‘Footwear White/Core Black-Off-White’ and ‘Off-White/Footwear White-Gold Metallic’. Currently images of the two adidas Superstar releases have yet to leak, however they are expected to feature camo print along with the Ape Head branding which will lands on the lateral side by the heel.

You can expect the Bape x adidas Superstar 80s to release at select retailers including adidas.com during January 2021. Retail price is set at $150. Once more information is available we will make sure to update.