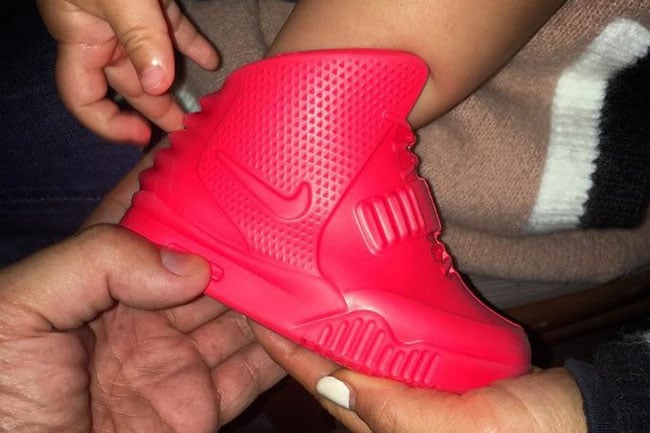 Kanye West got his start in the sneaker industry by launching a few models with Nike. As everyone knows, he left the brand and joined adidas. Before the relationship was severed, he had Nike design a baby Red October Nike Yeezy 2 for his daughter North West.

Recently showcased by Jeff Staple, he posted a picture of the baby Yeezy 2 ‘Red October’ with the following caption: ‘Yes, these are real baby Red Octobers. One of a few made for North.’ Using a seamless upper which differs from the adult pair, the shoes still come in all Red which started the whole ‘Red October’ theme.

Although not released, Jeff did state there is a few pairs in existence. Do you think Nike should go ahead and release them? How do they compare against the baby Yeezy Boost that have dropped? Leave it all in the comments below.