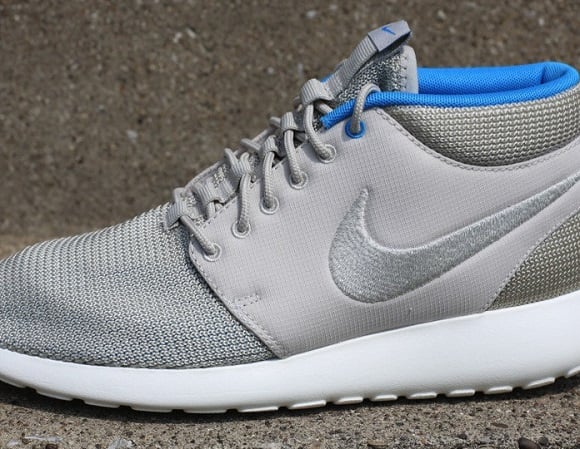 Nike has been going ham recently with the “Blue Hero” color, particularly with the Roshe Run model (Roshe Run “Blue Hero” and Roshe Run GPX “Blue Hero Tiger Camo” ring a bell?); today, we bring you a look at another Roshe Run that utilizes “Blue Hero”, but not as prominently as the previously named pairs.

The Nike Roshe Run Mid “Mortar”, featuring a Mortar/Blue Hero-Sail colorway, keeps things simple with its solid-grey upper, accented with that famous Blue Hero in the lining and Swoosh on the tongue tab. A Sail outsole complements the soft look, while grey laces wrap things up.

Available now at select Nike retailers like Oneness, grab a pair while you can, before the hypebeasts come swooping in and snatch up every pair available. Actually, you’re probably good, as there isn’t any catchy nickname attached to the shoe, and they’re not Black and Pink. Hit the jump for a couple more pics and let us know what you think about this drab pair of Roshe’s in the comments below. 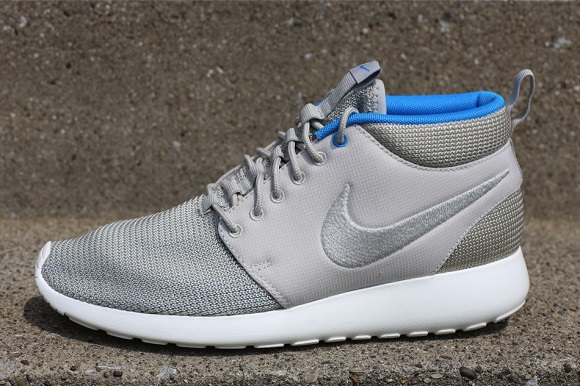 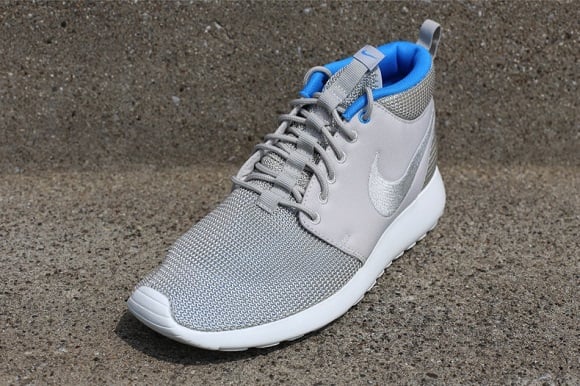 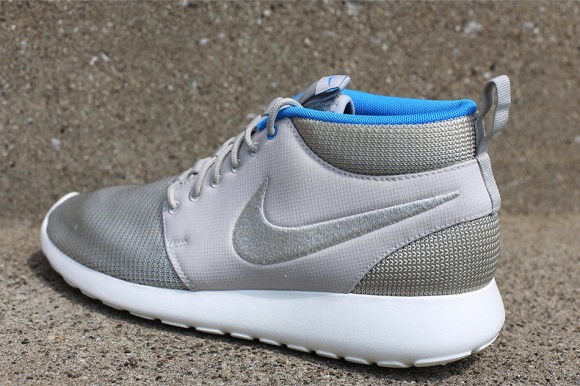