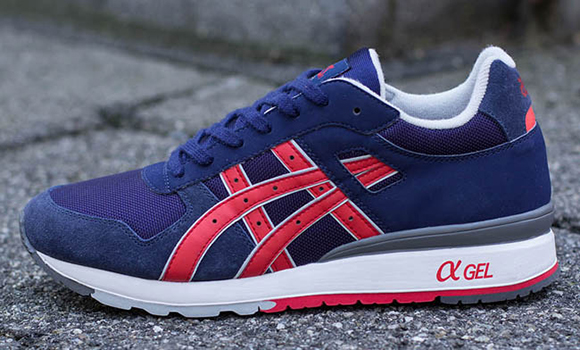 As Asics continues to make their rounds around the shoe game, they are now set to early release the Asics GT II in the navy and fiery red edition. As if the dark purple “High Risk” version created by elite shoe artist Ronnie Fieg was not enough, these comfortable kicks still sport the same tonal leather shoe and Fiery Red stripes but this time with a navy upper and white midsole. The bottom sole is a mixture of grays, and a lighter version of the fiery red. The navy laces along with the fiery red Asics logo on the tongue really helps show off the classy colorway on the shoe.

The Asics GT II  Navy and Fiery Red are an insane combination of nubuck, leather, mesh and suede, which make for an amazing casual shoe. These were originally set to release in the Fall of 2013 but are now to be released later this month along with a purple and orange colorway. Pre-orders available now at Titolo. Don’t forget to check back with Sneakerfiles for release dates, restocking and other sneaker news! 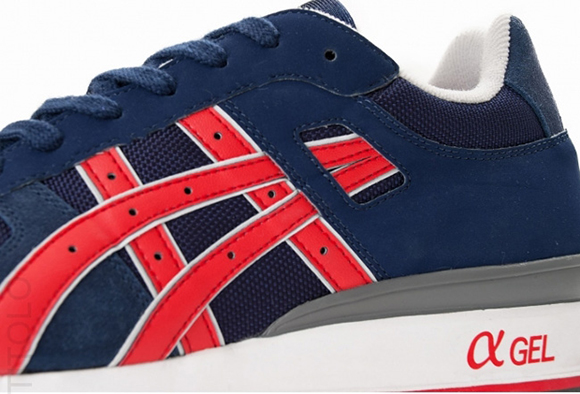 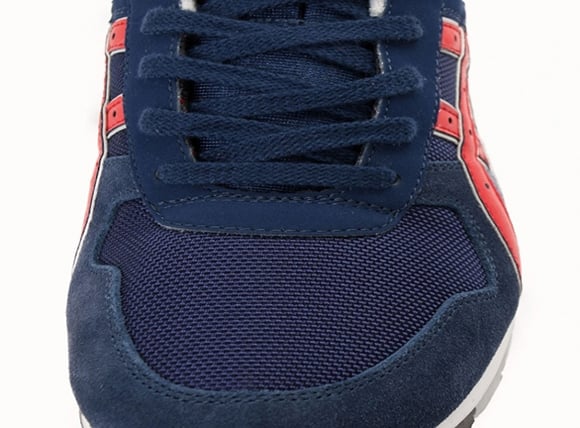