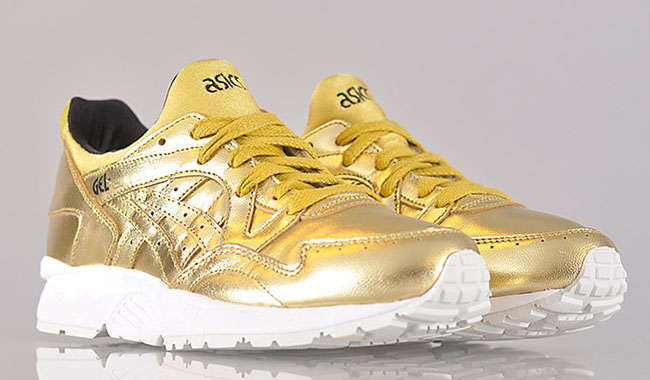 Two pairs from Asics will form the ‘Liquid Metal’ pack which we showed you months back. Now we have a detailed look at the Asics Gel Lyte V ‘Liquid Gold’.

One of the more flashier Gel Lyte Vs to launch in sometime, the shoes are dressed in metallic gold, white and black. The uppers will have a gold foil that is then followed with black on the liner and branding. The final touch is white which fills in the midsole.

If you live outside the States, there is good news for you on the ‘Liquid Gold’ Asics Gel Lyte V. Select retailers overseas are now selling this pair, with one of the go-to shops being Shelta. Now for people residing in the United States, you will have to wait later into Fall. 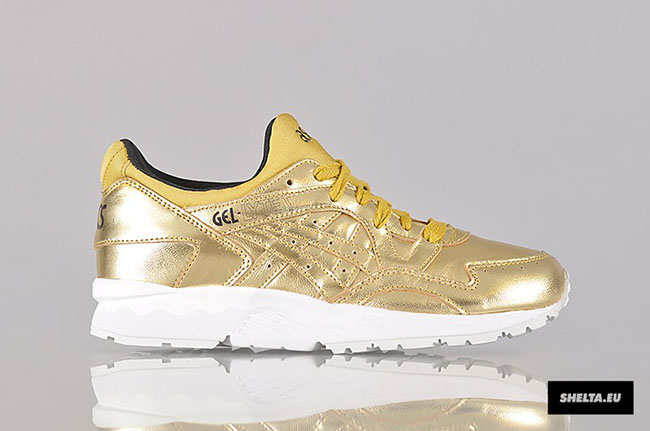 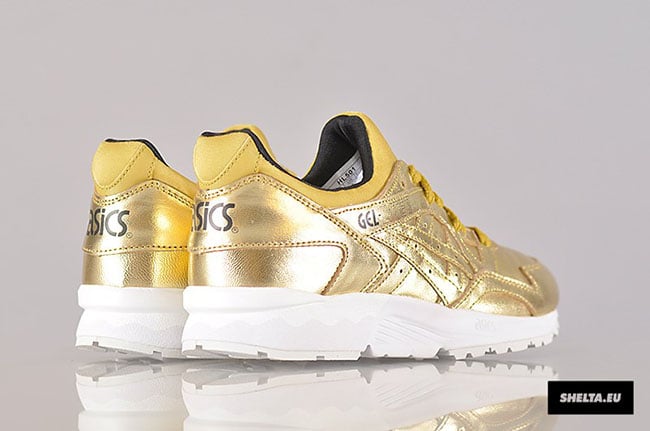 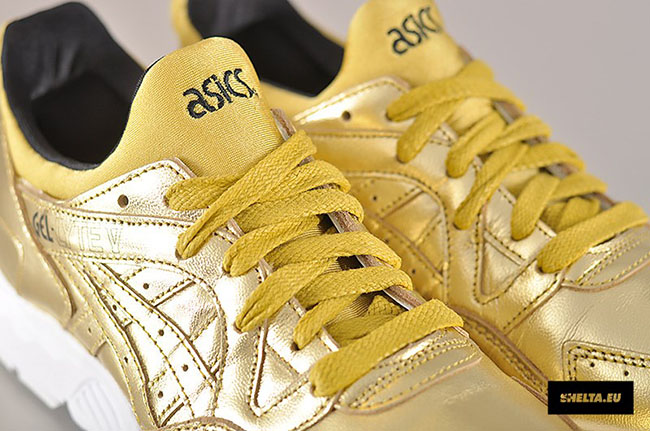 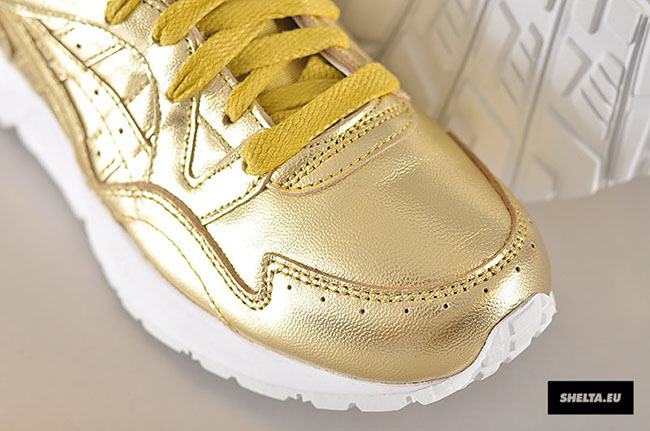 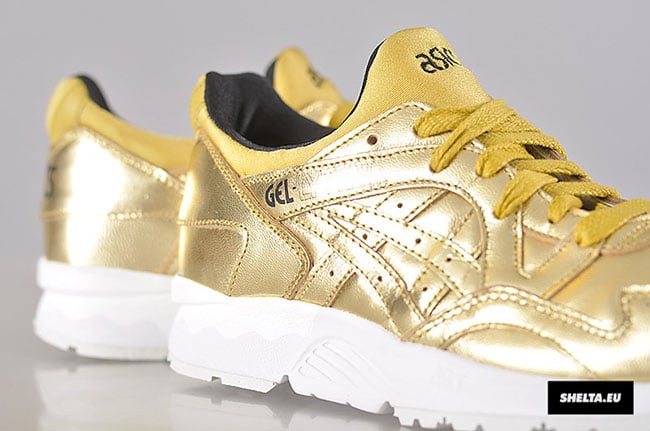 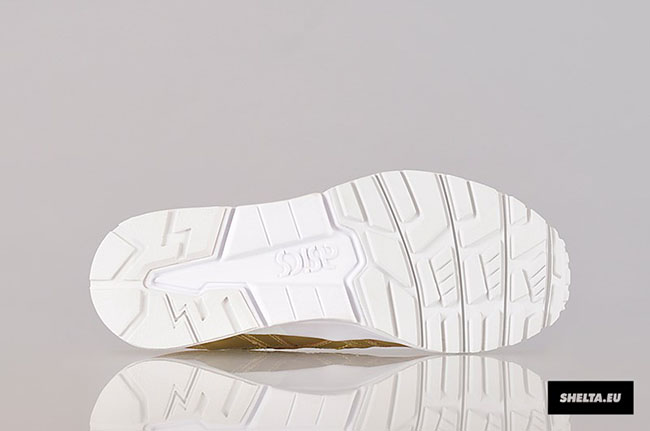