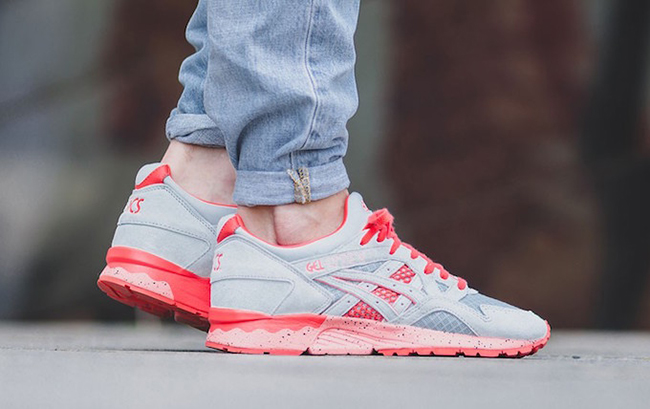 Asics has a new pack that is coming soon which will use the iconic model, the Asics Gel Lyte V. The new small collection which is known as the Asics Gel Lyte V ‘Bright’ Pack will join the ‘Soft Grey’ pair shown along with the ‘‘Mint Chocolate Chip’ Gel Lyte III release.

While the nickname of this Asics Gel Lyte V doesn’t insinuate brightness as they feature Soft Grey through the uppers, the accents used of Bright Red sure does. Constructed with suede along with mesh, Red accents are then used across the laces, branding, midsole, liner and mesh. Finishing this pair off is a subtle Black speckled overlay on the midsole.

Keep scrolling below to check out more images of the Asics Gel Lyte V Bright in Soft Grey which showcases how they look on feet. Although a release date has yet to be announced, retailers like Afew have said this pair is coming soon. 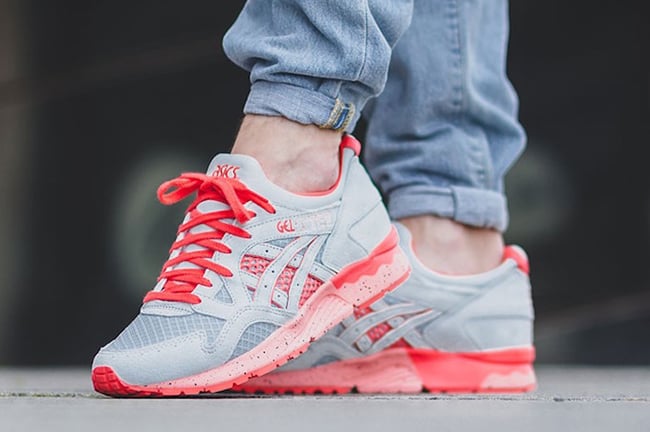 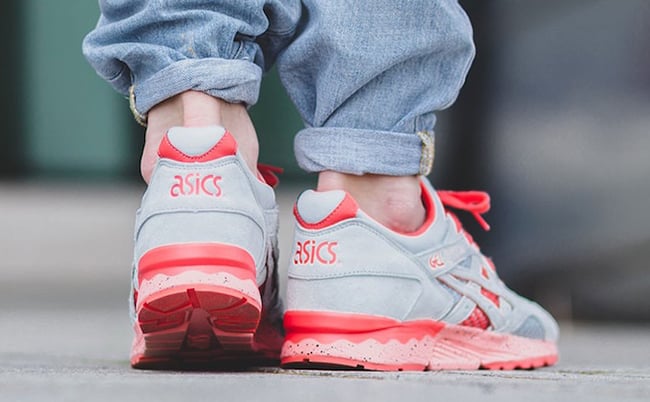