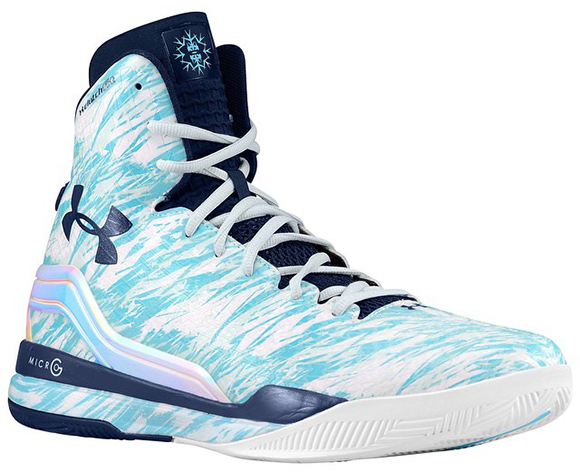 Christmas Day is a month away. On the day you probably will be spending time with your family, maybe opening some presents and getting full on the great food. While that’s all done, you might be watching some of the NBA games. One matchup that is going to be good is between the Golden State Warriors and the Los Angeles Clippers. As of late Stephen Curry has been racking up points beyond the arc and we have to wonder what kicks will he be wearing?

We know they will be Under Armour, since he is signed to the brand. Recently this image has surfaced of the Under Armour ClutchFit Drive being labeled Christmas. Will Curry rock these on the 25th?

The uppers feature a white base while a lighter shade of blue is streaked through resembling ice. On the tongue you can see a snow flake. An obsidian blue is placed on the tongue, logo, parts of the outsole and midsole. What we found unique is the brand added an iridescent strip starting from the side and running towards the heel.

As of now no additional information is available on the Christmas Under Armour ClutchFit Drive but stick with Sneaker Files as we will update you. 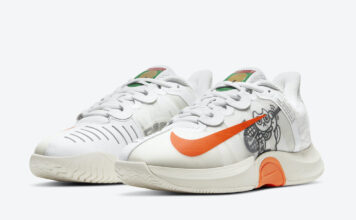 ABOUT US
Sneaker Files is an online sneaker magazine which highlights the latest updates on Air Jordan, Nike, adidas and more.
Contact us: [email protected]sneakerfiles.com
FOLLOW US
© Sneaker Files